Shifting the Energies in the Same Old Argument 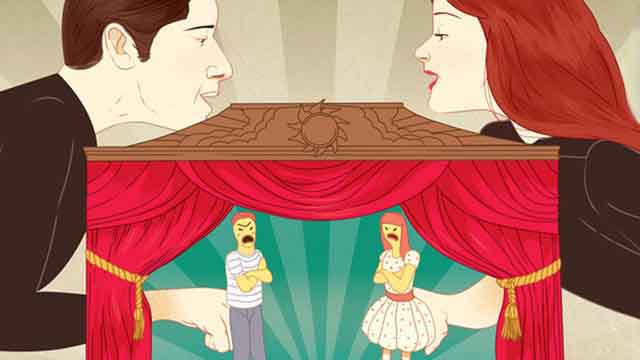 Most couples get tired of the same old argument .. day after day ... week after week ... etc. As in all things in life, this becomes one big giant pattern with no resolution except to eventually end the relationships. I am not a believer in people staying together once they have fulfilled the karma of the relationship and now are on 'different pages' and stages of life.

It's all about focus and distraction ... just as you would distract a child whose focus is on one thing - then turn it to another. Couples who do not have the strength to fix or leave a relationship are in a way like children - often co-dependent, expending more time being dysfunctional that leaving before both souls destroy each other.


You're mulling the night's TV options when your significant other grabs the remote and starts clicking away like a sugar-fueled 5-year-old. When you mention this, he asks how your OCD is going.

You counterstrike that his mother raised her sons to be boorish louts -- eliciting his usual rant about your mom still serving him meatloaf when he's been a vegetarian for years.

It's the same fight you had last week. And the 962 weeks previous. It would almost be funny if the whole routine weren't so hurtful, unproductive, and bafflingly inescapable.

But here's the aha: While repetitive arguments stem from misunderstandings and emotional wounds, they also owe a lot to simple pattern formation. As my karate teacher used to say, practice doesn't make perfect -- it makes permanent. What we've done before, we tend to do again.

Which means we can disrupt our patterns with a brilliant trick that marriage therapist Bill O'Hanlon calls the do-one-thing-different approach.

For instance, you can criticize each other's TV habits, but only if you're wearing oven mitts. You can insult relatives as long as you're lying on the floor. You can question each other's sanity, but only in whispers.

The effect can be extraordinary. Your brain, startled by new associations, loses the familiar flow as you see the useless toxicity of whatever you're about to say. You may even end up laughing.

At the least, you'll find you have the power to change fights you "can't help" having, by starting small and being creative. And that's a pattern you want to repeat.