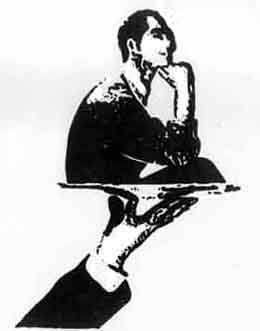 My oldest daughter Tracy, in AZ, called to share a cute story. Tracy is an elementary school teacher, and the mother of Vanni, 7, and Joie (female) who will be 5 next Monday.

As the story goes, and all of life is series of vignettes, threaded together and often best created by the minds of children, or those who maintain their youthful innocence, Joie and Vanni decided to play 'Restaurant'.

I didn't realize that in today's world, children change their names when paying different roles ... consciousness expanding. Joie was the owner and ran the restaurant while Vanni was the chef.

As the game began ... Joie turned to her mom and said, "Hello. My name is Crystal. Can I help you?"

Surprised, Tracy asked why she chose that name. Joie responded that it was great named and she loved it. Tracy asked if Joie knew/remembered Grandma Ellie's last name. Joie replied with the last name of the paternal grandmother thinking all grandmas have the same surname that she does. Tracy explained that my last name was Crystal, which both children thought was very cool and pleased Joie even more.

Vanni chose the name Carl, for no particular reason other than he liked it.

For me Carl was the name of my high school boyfriend - the football player and the cheer leader - Peggy Sue and all that jazz - when girls were generally virgins (so were most boys) and life would reunite them after divorce. Carl and I broke up when he went to the army. He was the only man who survived mission after mission in Vietnam and was discharged to return home and find me married and out of college at 20. Synchronicity would reunite us twice in the years ahead.

The first time was in the late 1970's driving past each other on a main street in Brooklyn, glancing over, then stopping to talk. Carl showed me a photo of his wife and told me he married someone who looked like me. He had 3 sons while I had 3 daughters, the same ages. He had never been happy with his wife. I was happy with Ralph. There was chemistry between Carl and I, and a momentary high that synchronicities bring. Though he wanted to 'get together' I declined and drove off up Ocean Avenue and back to my happy life. Carl and I divorced in the same year - 1984. The following year I ran into his step-mother who I hadn't seen in 30 years. This created a reunion with Carl, but alas, as with most Aquarians, what's ended, has ended ... we don't go back. The feelings were gone. We stayed friends for a while and have since drifted apart.

... Back in AZ, Joie decided to give her mom a name for the game ... Sarah! Tracy looked on in awe. "Why Sarah?" she asked. Joie said she loved that name also and it felt right. Joie doesn't know about my book, but on some level was connecting the (grid) dots.

As for playing 'restaurant', I make two current connections.

This is the Year of the Diet and I am still doing very well, slowly moving down through the 130's. Many have joined the diet - or created their own - with different exercises that make them feel clearer and more 'alive'. I hope you are one of those people, if only to clear out bad eating and drinking habits. You don't just look better ... at this frequency a new you emerges and many of your physical and emotional problems disappear. You can't abuse your body anymore and expect to manifest destiny. Let it all go and start with a game called 'Restaurant'. The children of the world have always been messengers if you can find their hidden truths. This is just food for thought.

Friends Mallory and Roy have opened an amazing restaurant in Park Slope Brooklyn that received 5 Stars in the current issue of Time Out Magazine. That's major! Here's a recent photo taken after dinner with the girls from Brooklyn, friends for years, and into our own brand of metaphysics. 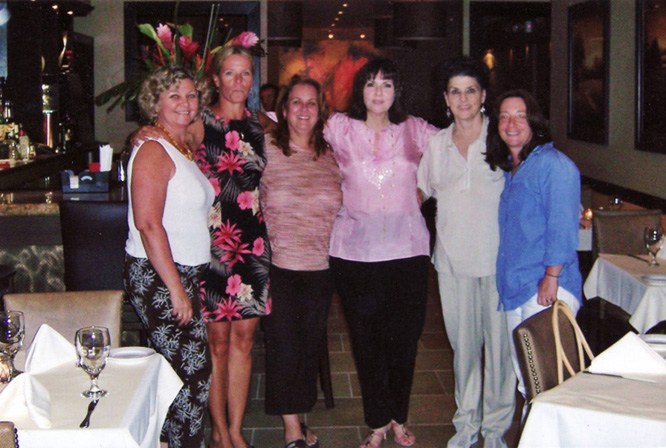 Ilene is a graphic artist who has created many of the posters, billboards, and adds you see around town and in magazines. Presently she is working with the History Channel. Ilene emailed that the press kits for "The Lost Book of Nostradamus", a two-hour presentation I appear in and she will send me one.

Karen is a chiropractor and acupuncturist. Jane is a massage therapist whose clients include well known celebrities. Pat owns the company that manufactures most of the mannequins you see around town and elsewhere. Mallory is a well known make-up artist in the city who has her own line of cosmetics and has appeared on TV. She, and her husband Roy, are now in the restaurant business as well. He is also corporate America. If you are in the Park Slope area ... stop by and see Mallory and Roy, you won't be disappointed.