How Long Will Your Love Last? 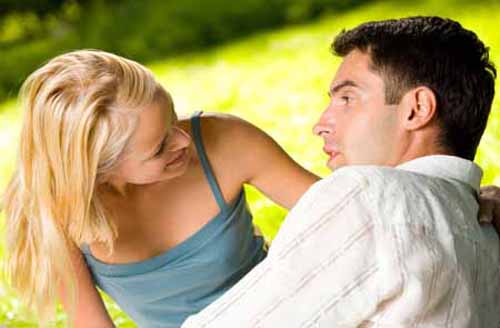 It's almost spring and with that old relationship end and new ones are embraced. There are endless reasons why couples find each other, stay together, then break up. With all the self help available today, people often gauge the length off a relationship on the issues faced by the couple. Two self destructive people cannot make a relationship work.

Below is a new twist on how long couples will remain in love ...

How Long Will Your Love Last? Check Your Oxytocin   Live Science - February 24, 2012
Just how long a relationship will last can be predicted by the amount of "love hormone" in the bloodstream of a newly smitten person, a new study says. Researchers measured levels of oxytocin in people who had recently begun relationships.

Six months later, the couples with the higher levels of oxytocin tended to still be together, while the others had split. The finding suggests oxytocin, a hormone also involved in mother/infant bonding, plays an important role in the initial stages of our romantic attachments, the researchers wrote in their study.

In addition, the work shows that, at a biological level, the process of becoming attached to a new partner may be similar to the process of bonding with a new child. A previous study found a nasal spray of oxytocin could improve interactions between couples. It is possible that oxytocin-based treatments "may improve specific relational components among couples in distress," the researchers said.

The researchers, from Bar-Ilan University in Israel, interviewed 60 couples in their 20s who had begun a relationship within the previous three months. Members of a couple were first interviewed separately about their thoughts, worries and hopes for the new relationship, and then together to discuss a positive experience they had shared. Blood samples were taken from these participants, as well as from 43 volunteers who were single.

The people in new relationships had oxytocin levels that averaged nearly double those of singles. For couples who stayed together, oxytocin levels remained stable over a six-month period. "These findings suggest that OT in the first months of romantic love may serve as an index of relationship duration," the researchers wrote, using an abbreviation for oxytocin.

In both singles and couples, levels of oxytocin did not depend on an individual's gender, body weight, height, smoking status, use of contraceptive pills or sexual activity.

Couples with higher levels of oxytocin exhibited more affection during interviews, such as touching and eye-gazing. Such intimate behaviors may increase oxytocin levels and, in turn, increase a couple's emotional involvement in the relationship, the researchers said.

Elevated levels of oxytocin also have been seen in new parents, although the levels were not as high as those seen in couples in this study, suggesting the initial period of romantic love may induce the most intense oxytocin activity, the researchers said.

The researchers noted that because the people in relationships were not tested before they paired up, it wasn't clear which was the cause and which was the effect: whether the new relationship increased their oxytocin, or people with naturally high oxytocin levels are more likely to couple up. In addition, it wasn't clear whether oxytocin levels in the blood reflect those in the brain, but studies suggest the two are coordinated.