When Should You Leave a Relationship? 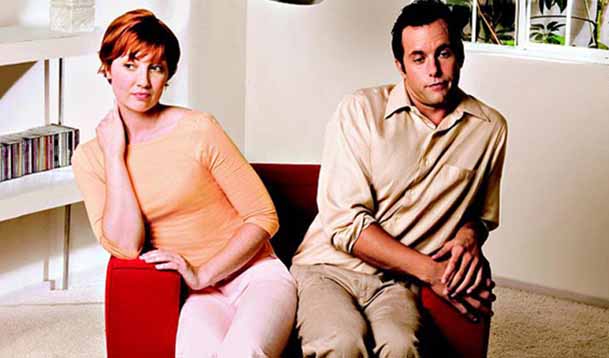 When it comes to relationships, everyone has a backstory (how and why they got into the relationship) - their perception of events - and finally the Wake up Moment when they knew it was over.

Karmically, people stay in relationship until the events and emotions they are here to experience play out ... then suddenly they pick/pack up and leave. This may be after years of abuse, therapy, and all sorts of dramas, but when it's over they are gone and never look back. They start a new chapter in their lives, one they thought about for years.

Everyone knows the obvious reasons couples break up - cheating, abuse, incompatibility, freedom, control issues, failed communication, life-path change, change in sexual orientation, etc. It's all about timing and personal programming in what is basically the dysfunctional reality in which we experience.

Using Astrology and Numerology may predict the end of a relationship, which would appear in the person's chart. A psychic should also see the end of the relationship and help prepare their client for the upcoming changes ... as ending relationships is a lot of work and not easy, especially if there are children involved.

The bottom line ... don't get into a relationship until you fully understand the other person - their emotional, physical, and spiritual needs. Don't marry if you have doubts. Try living together first. Don't let anyone tell you what is best for you. Old world thinking by parents is over or you will continue to be abused.

If you are reading this, you know the patterns, have read the books, could probably be a therapist, and have the strength of character to leave a relationship that doesn't work.


When it's time to leave a relationship   Oprah.com - August 18, 2011
Five women who were stuck in unfulfilling relationships share their wake-up moments.

Alexis Smith: "I wanted to believe him"

Her story
Alexis was a party girl studying fashion, and George was a shy art student when they met in college. "We were attracted to what the other had to offer," Alexis says. After years of dating, she married George, shortly after giving birth to their first son. Alexis began to notice a change in her marriage once her husband opened an art gallery and started staying out late. George admitted to cheating on Alexis while she was pregnant with their third child.

Wake-up moment
George begged forgiveness, and Alexis, who was eight months pregnant, gave him another chance. They moved from Manhattan to a quaint country house. But, on the first Christmas Eve in their new home, Alexis discovered that George was in love with another woman and decided that it was time to leave him -- for good.

Resolution
George moved out, and Alexis was on her own. That's when she realized she'd been on her own for years. When George was once again ready to reconcile, Alexis had an epiphany: "If I go back now, I'll lose any self-respect I've mustered over the past months." She carried on building up her own clothing line and then, unexpectedly, fell in love. "I never thought I'd find love again. Or that someone would love me for me."

Her story
Myra was 47 years old and divorced when she met Sulaiman, a man who had 10 children from three previous relationships. Myra, mother to a grown son, and Sulaiman eventually said their "I dos." Their decision not to invite all of Sulaiman's children to the wedding backfired, and Myra's relationship with her stepchildren suffered. Tension built up for years, and Myra often felt disrespected and resented by Sulaiman's children. "But if I brought it up with Sulaiman, he'd say, 'Don't play children's games -- you'll never win,'" Myra says.

Wake-up moment
One Christmas Eve, Myra invited all of Sulaiman's children over for dinner. After a full day of cooking, her stepchildren trickled in more than an hour late. Angry and hurt, Myra remembers Sulaiman's oldest son walking right past her when he finally arrived for dinner. "Seven years of painful invisibility piled up into that one moment, and I lost it," Myra says.

Resolution
After confronting Sulaiman with her concerns, she found a therapist who suggested that she and Sulaiman try an Imago workshop focusing on couples and communication. At the workshop, they learned how to "mirror" each other. "When I'm angry, Sulaiman repeats what I'm saying to him before he responds. That calms me instantly," Myra says. The Imago method has also helped work things out with her stepchildren. For their 10th wedding anniversary, Myra and Sulaiman renewed their vows. "All the kids were invited," Myra says. "When I first said 'I do' to Sulaiman, I thought it was just the two of us. This second time around, I knew it was actually 13."


Michelle Barrett: "We'd get meaner with every fight"

Her story
Michelle began dating Joe, a rival marketing rep who proposed a year later over ice cream cones in the park. Soon after, the fighting began. "We were constantly getting into stupid arguments that left me feeling alone," Michelle says. They sought help but the arguments continued to escalate. "We'd get meaner with each fight," Michelle recalls. "I threatened to leave, and he called my bluff. That's when I got really scared."

Wake-up moment
Michelle's biggest fear was losing Joe. A friend mentioned a weekend "reconnecting" workshop for couples, but Michelle had burned out on therapists. Faced with a decision, Michelle's mother asked her, "If you don't do this, are you prepared to live with the consequences?" That struck Michelle like lightning. "Joe and I were in a hurtful holding pattern," she says. "My mom's words jolted me into action."

Resolution
At the workshop, the first exercise was an exorcism. "We had to act out a scary childhood moment," Michelle recalls. "My stepfather was extremely verbally abusive to me, and my model for how men acted. So if Joe disagreed with me, I'd hear my stepfather and freak out." Following the workshop, Michelle confronted her stepfather, who apologized for treating her badly. Now, she says, "whenever I'm mad at Joe, I ask myself, 'What's this really about?'" As a result, the arguments don't escalate. "We love each other too much to let minor blowups tear us apart," Michelle says.


Megan Davis: "I wanted to help him get better"

Her story
Megan met Greg while studying abroad in Australia. He was a free spirit who often needed time by himself and would often go off for weekends alone. Meanwhile, Megan took on all the domestic duties of their relationship. "I was so often worried about his feelings that I would do all these things to make his life easier," she says. After eight years of dating, Greg confessed to Megan that he was depressed and began taking antidepressants. Soon after, he proposed to Megan during a trip to Taiwan. Six weeks before their September wedding, Greg came home in tears and wanted to postpone the wedding. He started therapy and, two months later, asked Megan to join him in seeing the therapist. "I readily agreed," she says. "I wanted to help him get better."

Wake-up moment
After eight sessions, Megan felt "we were going in circles." The therapist told them to work on their communication skills, but they still hadn't done the assignments from the first session. "I knew then that I had done all I could, and that Greg's moodiness was going to be his lifelong struggle," Michelle says. "I wanted him to be happy, but I finally realized that I couldn't do that for him."

Resolution
At first, the loneliness was palpable. "I spent my 20s with one man, and suddenly I was alone," she says. "Regaining my self-confidence was hard." Now, Michele says she knows she made the right decision. "I have a therapist friend who once told me if I was meant to leave Greg, I'd know in my gut when the time came," she says. "Acting on that moment made me realize I can trust myself."


Sarah Albertson: "He was a good man, but he was dull"

Her Story
After Sarah's first date with Richard, she didn't plan on seeing him again. But after getting fired from her job and facing a July 4 weekend alone, she called him back. He was different from the guys she normally dated, but he filled a void. "I was very lonely and insecure -- and unlucky in love," she says. "I thought he was as good as it would get for me." They married, moved from Manhattan to Santa Barbara and started a family. "My life seemed full, but it wasn't. I didn't love my husband," she says. "I faulted myself for not liking him more - he was a good man, but he was dull."

Wake-up moment
One night, Sarah came home late, exhausted and looking for comfort. Instead, she found her husband and two children asleep in her bed -- leaving no room for her. After putting her kids to bed, she decided that she couldn't pretend anymore. "My husband initiated sex," Sarah recalls. "And I started crying. He asked, 'What's wrong?' I said, 'I don't want to do this anymore.'" He didn't fight it.

Resolution
"I had finally found the courage to leap," she says. Sarah signed up for Match.com several months after the split. "Everybody told me it was too soon to date," she recalls. "I was like, 'I've waited my whole life for romance.'" Through Match, Sarah met Adam, who she married in 2000. Their relationship isn't perfect -- "we have disagreements that leave me frustrated -- but I feel passionate about him. That's the big difference."