The Acoustics of Stonehenge 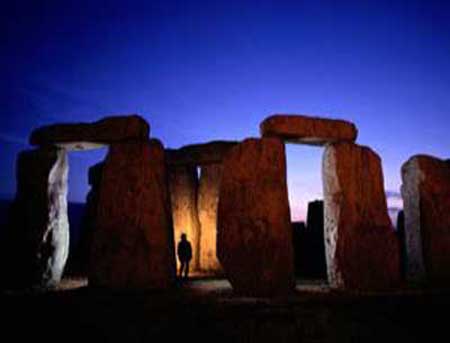 Do they resonate with you?


Just after sunrise on a misty spring morning last year, my fellow acoustician at the University of Salford, Bruno Fazenda, and Rupert Till of the University of Huddersfield, UK, could be found wandering around Stonehenge popping balloons. This was not some bizarre pagan ritual. It was a serious attempt to capture the "impulse response" of the ancient southern English stone circle, and with it perhaps start to determine how Stonehenge might have sounded to our ancestors.

An impulse response characterizes all the paths taken by the sound between its source - in this case a popping balloon - and a microphone positioned a few metres away. It is simply a plot of the sound pressure at the microphone in the seconds after the pop. The first, strongest peak on the plot represents the sound that travelled directly from the source to the microphone. Later, smaller peaks indicate the arrival of reflections off the stones. The recording and plot shows the impulse response Bruno and Rupert measured with a microphone positioned at the center of Stonehenge and a popping balloon at the edge of the circle.

This impulse response represents an acoustic fingerprint of the stones. Back in the lab, it can be used to create a virtual rendition of any piece of music or speech as it would sound within the stone circle. All that is needed is an "anechoic" recording of the raw music or speech - a recording made in a reflection-free environment such as the open air or, better, a specialist anechoic chamber such as we have at Salford. The anechoic recording and the impulse response can then be combined using a mathematical operation called convolution.

We've done with with a recording of drumming: here is the anechoic original, and here it is convolved with the measured impulse response of Stonehenge. The difference is easily appreciable: there is more reverberation or ringing to the drumming sound thanks to the reflections off the stones. What's more, the tonal balance of the sound is entirely different: it has become much deeper, as if the treble has been turned down. Replica henge

The popping of a balloon is not the standard or best way to measure an impulse response, but more sophisticated equipment was not allowed at Stonehenge. At a full-size replica of the monument at Maryhill, Washington state, however, Bruno and Rupert were able to use powerful loudspeakers and special test signals to get more accurate results.

Maryhill also has the advantage that it is complete, whereas some of the stones of Stonehenge have fallen or disappeared over the years. That makes a noticeable difference to the drum sounds convolved with Maryhill's impulse response: the more complete stone circle makes the sound echo for longer, with the extended reverberation being most noticeable after the last drum.

Over many decades, a sophisticated understanding of how to interpret impulse responses has been built up. For example, we now know how features within the impulse response, such as the time it takes for reverberations to die away, relate to peoples' perceptions of the nature of the sound. The hope is that by applying that expertise to ancient monuments such as Stonehenge, we can better appreciate their acoustical effects on our ancestors and perhaps begin to answer the question whether these effects were the product of accident or design. 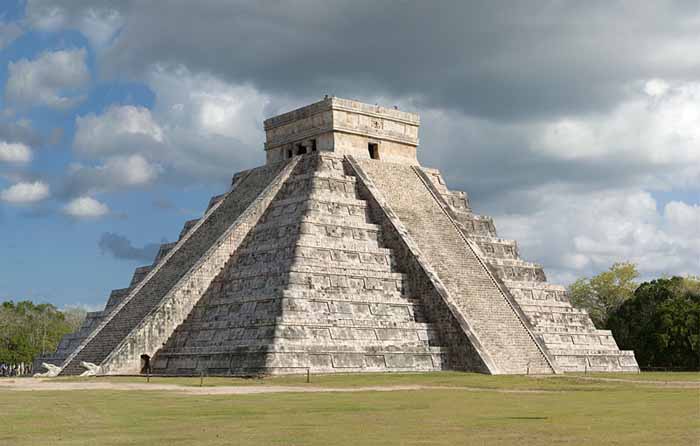 El Castillo - Temple of Kukulkan - Chirps of the Quetzal Bird