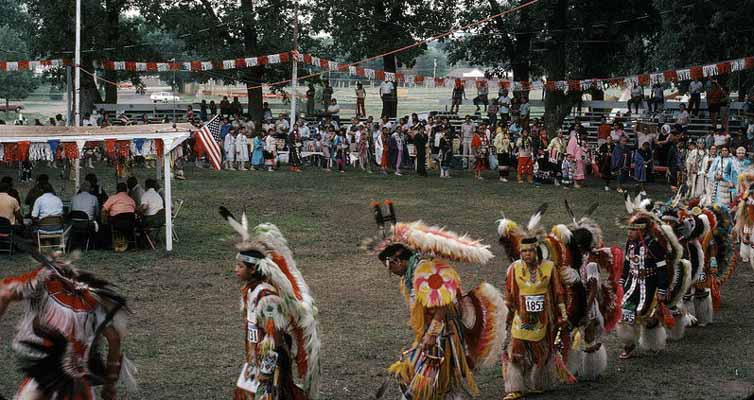 My first experience with Native Americans occurred when I was 11 years old, on a journey to Nevada, from Brooklyn, NY. Traveling by car, my family stopped at an Indian reservation to watch the powwows. This was my first Native American experience, though I knew it would not be my last.

In the 1980's I began my metaphysical journey into awareness. Along the way, as with most questors, Native American energies would be part of the experience as they signal prophecy and healing, on the journey back to our roots. There would be trips out west, with new and interesting experience, each one beckoning me with a Native American connect, signaling a new journey.

In June 1996 I attended the Sun Dance Festival and Pow Wows in the South Dakota, as part of the first Star Knowledge Conference. For weeks, before and after the journey, I found feathers, mostly white feathers, everywhere I went. They would just seem to appear out of nowhere.

During the summer of 1997, the Pow Wows came to Brooklyn, at Fort Hamilton, which is just down the block from my home in Bay Ridge, at the foot of the Verrazano Bridge. It was there that I learned about Native American traditions connected to the dance, presented by various tribes in competition. The hand-made costumes were gorgeous. I couldn't help but wonder how many hours of work had to go into all that beading. The dancers tried as hard as they could to win first prize. Most seemed tired from their travels on the road, coming from tribes throughout the US. There was a strong spiritual energy amongst most of the dancers. Those who lost, cheered for their brothers and sisters who won. Tomorrow would be another day ... A circular area around the main tents was a place for Native Americans to sell home-made items such as pottery, woven items, jewelry made of metal and stones, art, clothing and food. 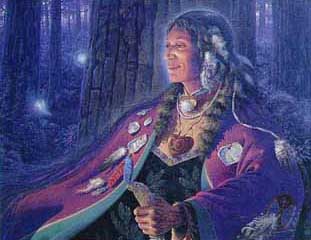 As a quester, my goal was to find someone who confide in me about the truth destiny of our reality. I was guided to a small tepee, in a far corner of the camp grounds. I looked in a saw a very old woman sitting along in a chair, her eyes, closed. As I started to walk away, she opened her eyes and beckoned me to enter, as if she expected me. I sat beside her on a chair as she shared stories about the journeys of the Natives Americans and the pow wows. I was fascinated.

Mustering up the courage, I asked, "I have made several journey to the west to find out the secrets of the prophecies. I have talked to the Elders of different tribes, and been invited into the homes of wonderful spiritual people. And yet, no one seems to be able, or wanting to tell me a truth, that I know has been hidden since the beginning of time."

The old woman looked directly into my eyes, as if in recognition. "You have learned much. You have great wisdom and an important destiny, linked to the future of all people in all lands. Legends of old have predicted the coming of a time of transition from this world to the next. It will happen in a few short years, that will move as swiftly as the wind. Your place in it has been chosen, your destiny part of time.

You shall have your answers when
The white eagle flies free,
And the red rose falls from the tree.

The tent filled with the essence of roses and the presence of spirit, guiding ... healing the Earth Mother. My physical body responded in knowing recognition, the far off beat the drums from the pow wow, a distance heart beat moving with my own.

I kissed the woman on the cheek, then took my leave.

Walking home, a white feather landed in front of me. 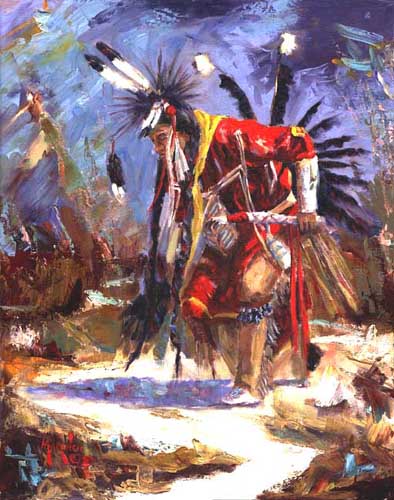