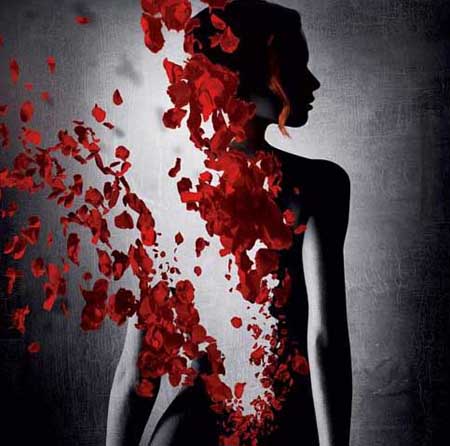 Perfume, or cologne, is a mixture of fragrant essential oils and aroma compounds, fixatives, and solvents used to give the human body, animals, objects, and living spaces a pleasant scent. The odoriferous compounds that make up a perfume can be manufactured synthetically or extracted from plant or animal sources.

Perfumes and essences began in antiquity. Back in the day, before there was deodorant, in a time when people could not bath frequently, to camouflage the smell of body odor, they developed what we call perfume.

Creating the correct fragrance was sometimes connected to the sciences of chemistry or alchemy ... as essences were also used for esoteric purposes, to enhance spiritual experiences.

Today people study Aromatherapy - the use of volatile liquid plant materials, known as essential oils (EOs), and other aromatic compounds from plants - to affect someone's mood or health. 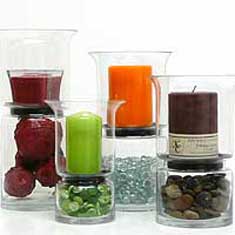 Fragrances are also used with candles to create a desire effect, and enhance one's psychic perceptions and alter consciousness. 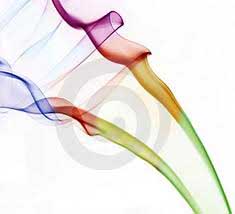 Deceased spirits often make their presence known by creating the fragrance associated with them when they're alive. It could be a woman's perfume or a man's after shave lotion. Floral fragrances are the most common. 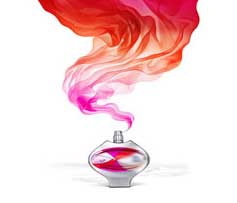 As with all experiences, a fragrance affects each of us differently. Perfume will smell different on each person, depending on their body chemistry.

I have know people to wear two different fragrances at the same time, in different areas for their bodies.

Finding the right fragrance is a matter of trial and error. Some people create their own perfume but mixing one or more fragrances together to get the desired affect, while other find what they like in a local store.

Then again, we find people who do not use perfume at all. On the other hand, we find others who reap of perfume, annoying those they come in contact with. 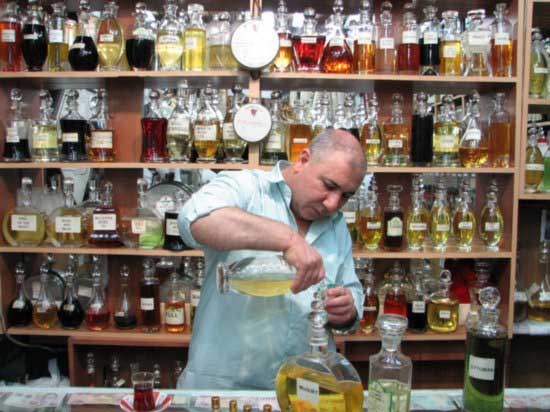 The History of Perfume 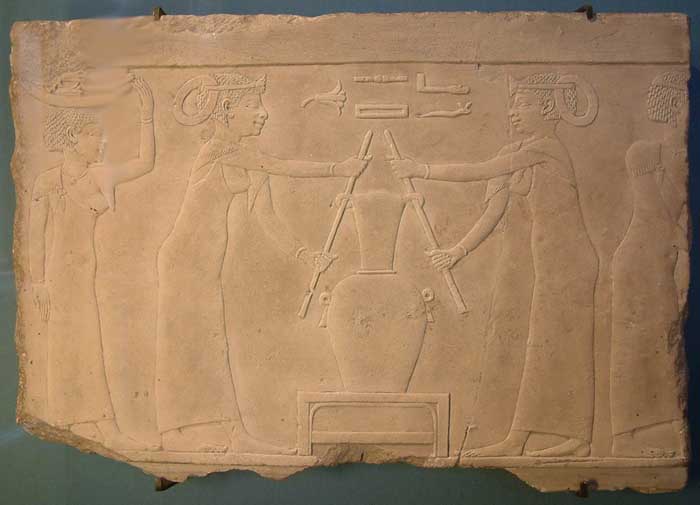 Perfume is thousands of years old - the word "perfume" comes from the Latin per fume "through smoke". One of the oldest uses of perfumes comes form the burning of incense and aromatic herbs used in religious services, often the aromatic gums, frankincense and myrrh, gathered from trees. The Egyptians were the first to incorporate perfume into their culture followed by the ancient Chinese, Hindus, Israelites, Carthaginians, Arabs, Greeks, and Romans. The earliest use of perfume bottles is Egyptian and dates to around 1000 BC. The Egyptians invented glass and perfume bottles were one of the first common uses for glass.

The word perfume is used today to describe scented mixtures and is derived from the Latin word, "per fumus", meaning through smoke. Perfumery, or the art of making perfumes, began in ancient Egypt but was developed and further refined by the Romans and the Arabs. Although perfume and perfumery also existed in East Asia, much of its fragrances are incense based. The basic ingredients and methods of making perfumes are described by Pliny the Elder in his Naturalis Historia.

The world's first recorded chemist is a person named Tapputi, a perfume maker who was mentioned in a Cuneiform tablet from the 2nd millennium BC in Mesopotamia. 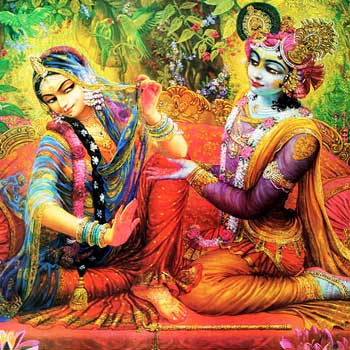 Perfume and perfumery also existed in India, much of its fragrances were incense based. The earliest distillation of Attar was mentioned in the Hindu Ayurvedic text Charaka Samhita. The Harshacharita, written in 7th century A.D. in Northern India mentions use of fragrant agarwood oil.

To date, the oldest perfumery was discovered on the island of Cyprus. Excavations in 2004-5 under the initiative of an Italian archaeological team unearthed evidence of an enormous factory that existed 4,000 years ago during the Bronze Age. This covered an estimated surface area of over 4,000 metros indicating that perfume manufacturing was on an industrial scale. The news of this discovery was reported extensively through the world press and many artifacts are already on display in Rome.

The Bible describes a sacred perfume (Exodus 30:22-33) consisting of liquid myrrh, fragrant cinnamon, fragrant cane, and cassia. Its use was forbidden, except by the priests. The woman wore perfume to present their beauty.

As traders, Islamic cultures such as the Arabs and Persians had wider access to different spices, herbals, and other fragrance material. In addition to trading them, many of these exotic materials were cultivated by the Muslims such that they can be successfully grown outside of their native climates. Two examples of this include jasmine, which is native to South and Southeast Asia, and various citrus, which are native to East Asia. Both of these ingredients are still highly important in modern perfumery.

In Islamic culture, perfume usage has been documented as far back as the 6th century and its usage is considered a religious duty.

The Persian Muslim doctor and chemist Avicenna introduced the process of extracting oils from flowers by means of distillation, the procedure most commonly used today. He first experimented with the rose. Until his discovery, liquid perfumes were mixtures of oil and crushed herbs, or petals which made a strong blend. Rose water was more delicate, and immediately became popular. Both of the raw ingredients and distillation technology significantly influenced western perfumery and scientific developments, particularly chemistry.

Eggs and floral perfumes were brought to Europe in the 11th and 12th centuries from Arabia, through trade with the Islamic world and with the returning Crusaders. Those who traded for these were most often also involved in trade for spices and dyestuffs. There are records of the Pepperers Guild of London, going back to 1179; which show them trading with Muslims in spices, perfume ingredients and dyes.

Knowledge of something perfumery came to Europe as early as the 14th century due partially to Arabic influences and knowledge. But it was the Hungarians who ultimately introduced the first modern perfume. The first modern perfume, made of scented oils blended in an alcohol solution, was made in 1370 at the command of Queen Elizabeth of Hungary and was known throughout Europe as Hungary Water.

The art of perfumery prospered in Renaissance Italy, and in the 16th century, Italian refinements were taken to France by Catherine de' Medici's personal perfumer, Rene le Florentin. His laboratory was connected with her apartments by a secret passageway, so that no formulas could be stolen en route.

France quickly became the European center of perfume and cosmetic manufacture. Cultivation of flowers for their perfume essence, which had begun in the 14th century, grew into a major industry in the south of France. During the Renaissance period, perfumes were used primarily by royalty and the wealthy to mask body odors resulting from the sanitary practices of the day. Partly due to this patronage, the western perfumery industry was created. Perfume enjoyed huge success during the 17th century. Perfumed gloves became popular in France and in 1656, the guild of glove and perfume-makers was established. Perfumers were also known to create poisons; for instance, a French duchess was murdered when a perfume/poison was rubbed into her gloves and was slowly absorbed into her skin.

Perfume came into its own when Louis XV came to the throne in the 18th century. His court was called "le cour parfumee" (the perfumed court). Madame de Pompadour ordered generous supplies of perfume, and King Louis demanded a different fragrance for his apartment everyday. The court of Louis XIV was even named due to the scents which were applied daily not only to the skin but also to clothing, fans and furniture. Perfume substituted for soap and water. The use of perfume in France grew steadily. By the 18th century, aromatic plants were being grown in the Grasse region of France to provide the growing perfume industry with raw materials. Even today, France remains the centre of the European perfume design and trade.

After Napoleon came to power, exorbitant expenditures for perfume continued. Two quarts of violet cologne were delivered to him each week, and he is said to have used sixty bottles of double extract of jasmine every month. Josephine had stronger perfume preferences. She was partial to musk, and she used so much that sixty years after her death the scent still lingered in her boudoir.

Perfume reached its peak in England during the reigns of Henry VIII and Queen Elizabeth I. All public places were scented during Queen Elizabeth's rule, since she could not tolerate bad smells. It was said that the sharpness of her nose was equaled only by the slyness of her tongue. Ladies of the day took great pride in creating delightful fragrances and they displayed their skill in mixing scents.

As with industry and the arts, perfume was to undergo profound change in the 19th century. Changing tastes and the development of modern chemistry laid the foundations of perfumery as we know it today. Alchemy gave way to chemistry and new fragrances were created. The industrial revolution had in no way diminished the taste for perfume, there was even a fragrance called "Parfum a la Guillotine". Under the post-revolutionary government, people once again dared to express a penchant for luxury goods, including perfume. A profusion of vanity boxes containing perfumes appeared in the 19th century.

In early America, the first scents were colognes and scented water. Florida water, an uncomplicated mixture of eau de cologne with a dash of oil of cloves, cassia, and lemongrass, was popular.