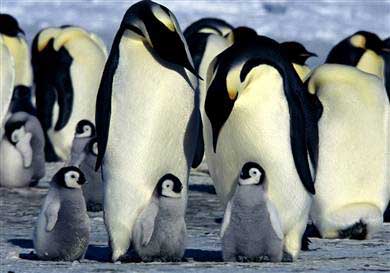 Penguins are a group of aquatic, flightless birds living almost exclusively in the Southern Hemisphere, especially in Antarctica. Highly adapted for life in the water, penguins have countershaded dark and white plumage, and their wings have evolved into flippers. Most penguins feed on krill, fish, squid and other forms of sealife caught while swimming underwater. They spend about half of their lives on land and half in the oceans. Although all penguin species are native to the Southern Hemisphere, they are not found only in cold climates, such as Antarctica. In fact, only a few species of penguin live so far south. Several species are found in the temperate zone, and one species, the Gal‡pagos Penguin, lives near the equator. Read more ...


Order in times of chaos: As a totem animal, the penguin is said to be a reminder of order in times of chaos, of teamwork while hunting under water, of moving in a steady line, inexorably forward on foot through fair weather and foul. The penguin also speaks to the advantages of being able to slip easily from one realm to another.

Adaptation: Penguin's ability to jump from the water and land on its feet symbolizes the ability to 'change planes' (or realities) easily. By getting a penguin tattoo, you are making a statement about your ability to change or adapt to different environments. Some would say this represents a connection between the physical and the spiritual.

Penguin in dreams: To see a penguin in your dream signifies that your problems are not as serious as you may think. It serves as a reminder for you to keep your cool and remain level-headed. 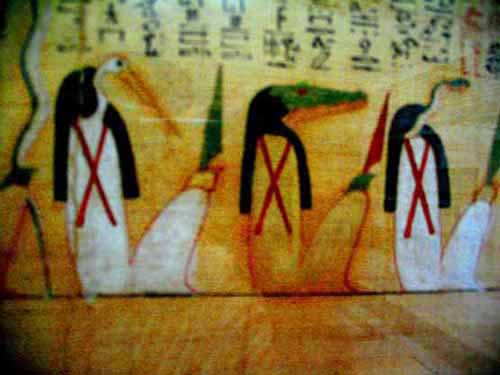 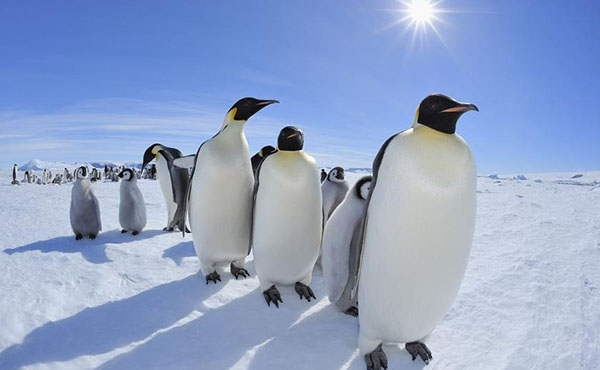 
Once upon a time a penguin told me a story about an eclipse, 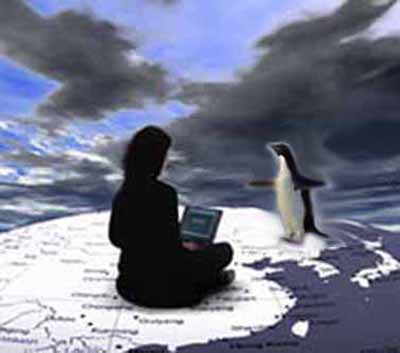 a land made of ice, a black hole beneath 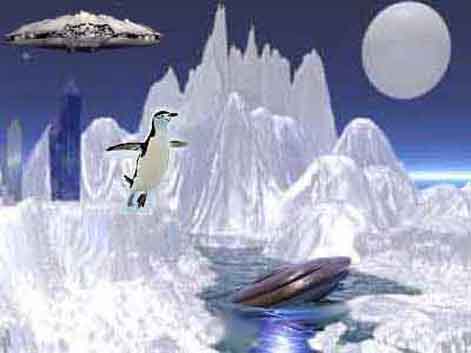 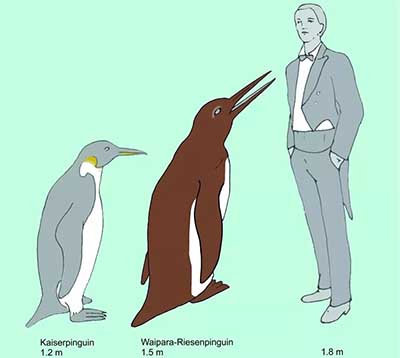 Penguins that walked the Earth 61 million years ago might have been giants, growing to nearly 5 feet tall, according to the oldest penguin fossils unearthed to date. Perhaps even more impressive, these oversize waddlers might have evolved alongside dinosaurs, the researchers report in a new study. Penguins are flightless, but they can swim at speeds of up to 22 mph (35 km/h). The biggest living penguin, the emperor penguin, can grow to be about 3.9 feet (1.2 meters) tall, but previously unearthed fossils revealed that extinct penguins could get as large as 5.4 feet (1.65 m) tall. Although penguins are flightless, their anatomy suggests that their ancestors could fly, just as other modern birds can. For example, some wing bones in living penguins are fused together in the same way as those in flying birds, said study co-author Paul Scofield, a paleontologist at the Canterbury Museum in Christchurch, New Zealand. In addition,modern penguins have air sacs in their bodies just as flying birds do, although in flying birds, these air sacs help reduce weight for flight, whereas in penguins, they help the birds control their buoyancy


Huddle Up: the Surprising Physics of Penguin Movements   Live Science - December 17, 2013
Maintaining a massive huddle of thousands of penguins may sound fairly simple, but sticking together in a pack so large turns out to be quite complicated: When one penguin moves a single step, the rest must also move to accommodate the open space and stay warm. In this particular species of penguin, males play the unusual gender role of incubating eggs, so it is especially crucial that they maintain warmth during cold winters.

How Penguins Got Their Cold-Weather Coats   Live Science - December 21, 2010 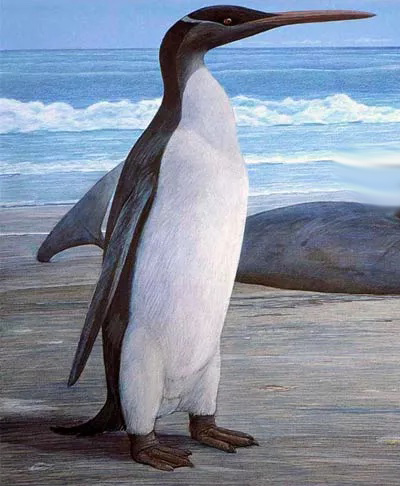 Those tuxedo-wearing birds that inhabit Earth's coldest continent may have evolved a means of retaining heat when they were still living in warm climates, scientists now suggest. A key adaptation that helped modern penguins to invade the cold waters of Antarctica within the last 16 million years is the so-called humeral arterial plexus, a network of blood vessels that limits heat loss through the wings. 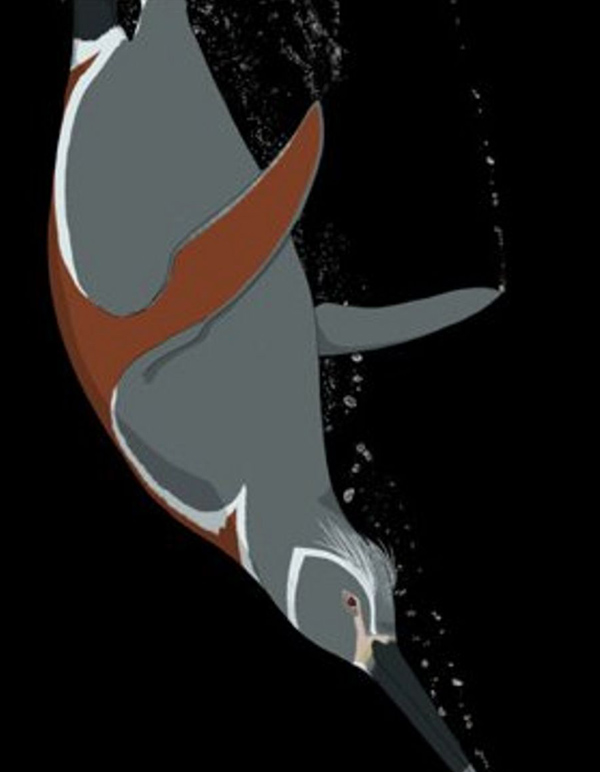 The fossil of a giant penguin that lived 36 million years ago has been discovered in Peru. Scientists say the find shows that key features of the plumage were present quite early on in penguin evolution. The animal's feathers were brown and grey, distinct from the black "tuxedo" look of modern penguins. 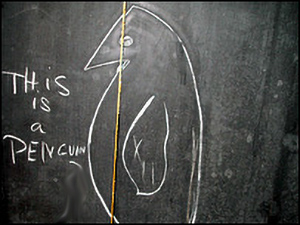 
THOTH DEPICTED AS A PENGUIN