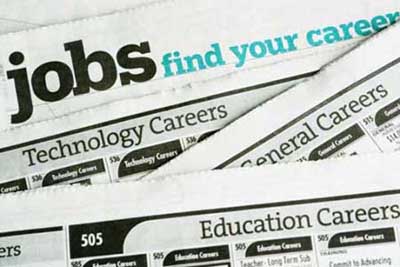 As I deal with the evolution of human consciousness, I watch patterns of behavior and how they affect every aspect of experience. It's all a process that is going somewhere and forever shifting.

I often blog that the pressures of a full time job and other responsibilities in people's lives, cause too much stress, resulting in illness.

What I often 'see' for my clients is their former full time job now being replaced by one or more part time jobs that all allow them to have more free time for family, school, career, and creativity.

A part time boss can be tolerable, whereas a full time employer can be detrimental on many levels. Reality today - if you can get past survival mode - is about finding out who you are and why your soul is here.

The down side of the part-time job - the main reason people pursue full-time employment - is medical insurance. Some find solutions around that, like the spouse who can cover their insurance, or living with no medical coverage. It all goes to one's physical and emotional health issues.

In the world of self-awareness, people often sacrifice spiritual growth and person needs, due to time restraints. The recession may be a good way to compensate for time missed - to now do the things they love that expand their journey here.

A part-time job often leads to something full time - or an unexpected career change. It's like going to school part-time vs. full time to see what is best for you. The part-time job can lead to a new business if you can get funding.

The world is changing. Consciousness is shifting. The way we live our lives and create income is also changing. Think about how it affects you.


Part-time workers: More fine with no full-time job   CNN - August 29, 2011
Unemployment remains a huge concern, but the underemployment problem isn't as bad as it used to be. Fewer part-time workers are looking for full-time work -- because they don't mind working part-time after all.

Since hitting a peak of 9.5 million last September, the number of part-time workers who tell the Labor Department they are doing so for economic reasons rather than personal reasons has dropped to 8.4 million in July.

The vast majority of part-timers, defined as those who work less than 35 hours a week, are happy with their status. Those who would prefer full-time work make up only 31% of all part-time workers, according to the Labor Department. That's still a lot higher than the 19% of part-timers who wanted a full-time job before the start of the Great Recession. But it's a modest improvement from the peak of 34% last September. But economists don't have a definitive answer for why more part-timers are content to work fewer hours.

Part of it could be that workers who had been looking for full-time work have now decided they prefer the flexibility of a part-time schedule. Shawn Boyer, CEO of SnagAJob, a job posting site for hourly positions, thinks some part-timers are discovering the advantages that go with the disadvantage of smaller paychecks. "You get a person who didn't have a choice but to go into part time, and after adjusting to the lifestyle, they realize they have more of a work/life balance," said Boyer.

Another possible reason for fewer disgruntled part-timers may be (as amazing as it sounds in this job market) that more workers who had been on part-time hours who have finally found full-time jobs.

Despite continued high unemployment, businesses have created 1.6 million jobs since last September. And those with jobs, even part-time jobs, often have an edge when competing for jobs with the 13.9 million unemployed job seekers.