Can Someone Be Overweight and Healthy? 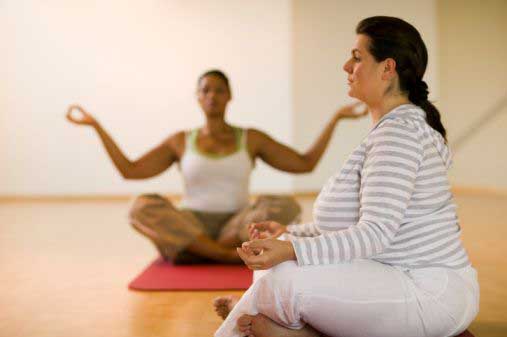 There are all sorts of rules about being overweight - some health related, others social. In our society we are conditioned to eat right, exercise, seek professional help to deal with emotional problems and substance abuse issues, to find ways to deal with stress (other than with food) - and that being said - staying attractive and heathy is the only way to go.

Health starts at the emotional level, then ripples down to the physical. One's health is always controlled by emotions, therefore you 'can' be fat and fit. But ... an obese body will fail sooner or later for in truth we are meant to be a normal weight for our size. We all know the pitfalls of being fat. We also know how to diet and exercise.

If you look good, you feel good, and the other way around.

I have met people who live their lives fat and basically healthy. The weight is there but they exercise and do other things that fall within the parameters of staying healthy. Your choice.


Is it possible to be fat and fit? Perhaps, researchers say, but losing weight may make you even better off. A new study, published in the September issue of the journal Diabetes Care, finds that people who are obese but metabolically healthy (meaning they have healthy cholesterol and blood sugar levels as well as normal blood pressure), can still improve their health profile by dropping a few pounds.

The study contradicts an earlier finding that people who are obese and yet healthy may actually be worse off if they lose weight. What the new study can't do is explain why some people manage to be both obese and healthy - or whether there's really such a thing.

"Right now, we are in a gray zone. Is it really protective to be metabolically healthy?" said Martin Brochu, an obesity researcher at the UniversitŽ de Sherbrooke in Quebec. "There's a huge debate in the scientific literature right now."

Researchers have long known that excess weight doesn't affect everyone the same way. Obesity is defined as having a body mass index (BMI) of 30 or over, a measure that includes height and weight but not other related measures like the ratio of muscle mass to fat. At the population-wide level, BMIs over 30 are associated with numerous health problems, including cardiovascular disease and diabetes. But the measurement is less sensitive when it comes to predicting individual health.

Starting in the 1960s, researchers noted that some obese individuals didn't have the hallmarks of weight-related illnesses. Some had normal blood cholesterol and normal insulin sensitivity, meaning they lacked risk factors for heart disease and diabetes.

In the last decade, research on these metabolically healthy obese individuals has ramped up. In 2001, Brochu and colleagues tested 43 obese, sedentary and post-menopausal women and found that 17 of them qualified as metabolically healthy. The key difference between the healthy and unhealthy groups? Where they stored their fat. Those who were healthy had half the visceral fat, or deep belly fat, of those who weren't. Other studies have shown that visceral fat, which packs around the organs in the abdomen, is more detrimental to the body than the subcutaneous fat found just beneath the skin.

"The fat cells in the visceral depot tend to be a lot more likely to sort of spew out excess fat into the bloodstream," said Peter Janiszewski, an obesity researcher and recent Ph.D. graduate from Queen's University in Toronto. Janiszewski, who blogs about obesity research on the Public Library of Science website, added that metabolically healthy obese individuals are usually more active than those who are obese with poor metabolic profiles.

There's no universal definition of metabolic health in obese people, but researchers estimate that between 25 percent and 30 percent of the obese have normal metabolic profiles. Now they're struggling to understand what that means. Why do some people resist packing on bad belly fat? And if they're already healthy, should they bother to lose weight?

One study isn't cause to skip your gym appointments, however. Last month, Janiszewski and his Ph.D. adviser published a study attempting to replicate the 2008 study's results. They included other weight-loss methods, like exercise, and studied both men and women.

After six months, the researchers measured the participants' insulin sensitivity. The results failed to match the findings of the previous study: Regardless of how the metabolically healthy obese people lost weight, their insulin sensitivity improved by 18.5 percent. Metabolically unhealthy people improved more, perhaps because they had more to gain.

Antony Karelis of the University of Quebec at Montreal, the author of the 2008 study, said that the two studies were hard to compare, because the two groups of researchers used different measurements and methods. But, he said, more studies are needed that take metabolic health into account.

Obesity researchers are quick to note that this academic gray area is no excuse to pack on the pounds. Obesity is a major public health issue, responsible for 9 percent of total U.S. medical expenditures in 1998, including out-of-pocket, insurance and Medicare/Medicaid, according to the Centers for Disease Control and Prevention. And good metabolic indicators may not capture the full picture of what it means to be healthy. Even the metabolically healthy obese are at higher risk for health problems like joint pain, and obesity has been linked with depression.

Part of the reason, said Jennifer Kuk, a professor at York University in Toronto who led the study, seems to be that obese people are more likely to die of cancer and trauma-related causes regardless of their metabolic status. Cancer may claim lives, because obese people are more reluctant to see their doctors, Kuk said, and trauma injuries may be more difficult to treat in people with greater body mass.

The bottom line: diet and exercise

Kuk's findings suggest weight loss might be beneficial no matter what your cholesterol levels tell you. But given research showing that most people fail to maintain weight loss (and findings that yo-yo weight loss and gain may be psychologically and physically harmful), the best message for the metabolically healthy subset is unclear.

"Whether we should be actively promoting weight loss knowing that over 90 percent of these individuals are going to fail is a question that I don't think anyone can answer at this point," Kuk said.

At least some clinicians are considering increasingly sophisticated screening procedures to separate metabolically healthy from metabolically unhealthy patients in the doctor's office. In 2009, researchers proposed a new scale in the International Journal of Obesity that would take into account metabolic risk factors. Under that scale, metabolically healthy obese patients would be counseled to maintain their weight by eating well and exercising.

Amid the debate over the benefits of weight loss, one thing is certain, Janiszewski said: The "eat well and exercise" message is good for everyone. "Weight isn't maybe the most important thing you should look at," he said. With a healthy diet and exercise, "even if the scale says zero change, you're still getting a lot healthier and reducing your risk of disease."