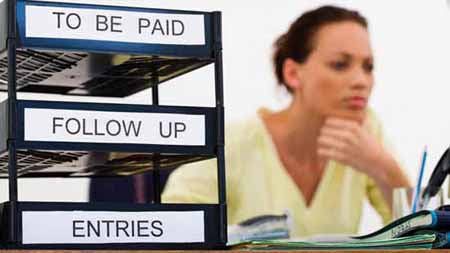 Humans spend a lot of time organizing their lives, homes, decisions, and thoughts especially in a world where so many people suffer from personality disorders, have substance abuse issues, and are on medications for physical and emotional problems. Their thinking is confused, disorganized and generally unfocused.

The brain is an electrochemical machine that dictates our lives and how we live them. If your are an organized person, it will reflect in everything you do.

If you have problems and cannot organize your life due to the issues you face every day, then try to get help. Don't live in chaos. Much has been written this year about living in clutter and how to organize your life as people seek balance and focus about something greater they know awaits them after they achieve total clarity.

Of course the trick is to keep things organized once they are in order.


1. Walk away from bargains

Just because you can buy a cashmere sweater for $20 or three bottles of ketchup for the price of one doesn't mean you should. "Ask, 'Do I have something similar?' and 'Where am I going to store it?' before making a purchase," advises New York City professional organizer Julie Morgenstern, author of "Shed Your Stuff, Change Your Life."

Efficient people give "A-level effort" to the most important projects (say, work assignments or a kitchen redesign), and for the rest they do just enough to get the job done, says Renae Reinardy, PsyD, a psychologist who specializes in hoarding disorders. Maybe you give yourself permission to bring store-bought cookies to a school bake sale or donate a bag of stuff -- unsorted! -- to Goodwill. "Trying to do every task perfectly is the easiest way to get bogged down," says Reinardy.

You put a bunch of things into a file or box and write this catchall across the front. "But within a week you've forgotten what's in there," says Morgenstern. Instead, sort items into specific groups -- "electric bills," "lightbulbs," and so on.

Rather than wait until an industrious mood strikes (we all know where that leads), have a decluttering routine in place -- whether it's spending 15 minutes sorting mail after work or tackling a new project every Sunday afternoon.


5. Stick with what works

"I have clients who will try every line of makeup, every cell phone -- it's exhausting," says Dorothy Breininger, president of the Delphi Center for Organization. Don't waste time (and money) obsessively seeking out the best thing.

Find a space to corral all the stuff that you don't have time to put away the moment you step in the door, says Breininger. Once you're ready to get organized, you won't have to hunt all over the house for the dry cleaning or your child's field trip permission slip.

"The organized person is willing to expose herself to short-term embarrassment and call for backup," says Breininger. Which is to say, that elaborate four-course dinner you planned? Change it to a potluck.

It's healthy to be attached to certain items -- a vase you picked up in Paris, your grandmother's pearls. But holey concert tees or cheap, scuffed earrings your husband gave you years ago? Just let them go.

You wouldn't leave the house on a gray day without an umbrella, right? People who appear to sail through life unruffled apply this thinking to every scenario, says Breininger. Have a cabinet packed with leaning towers of Tupperware? Organized folks will take a few minutes to short-circuit an avalanche before it happens. (In other words, rearranging that cupboard now is easier than chasing after wayward lids as they scatter underneath the fridge.)

It's easier to part with belongings if they're going to a good home. Identify a neighbor's son who fits into your child's outgrown clothes, or choose a favorite charity. "It will save you from searching for the perfect recipient every time you need to unload something," says Morgenstern.