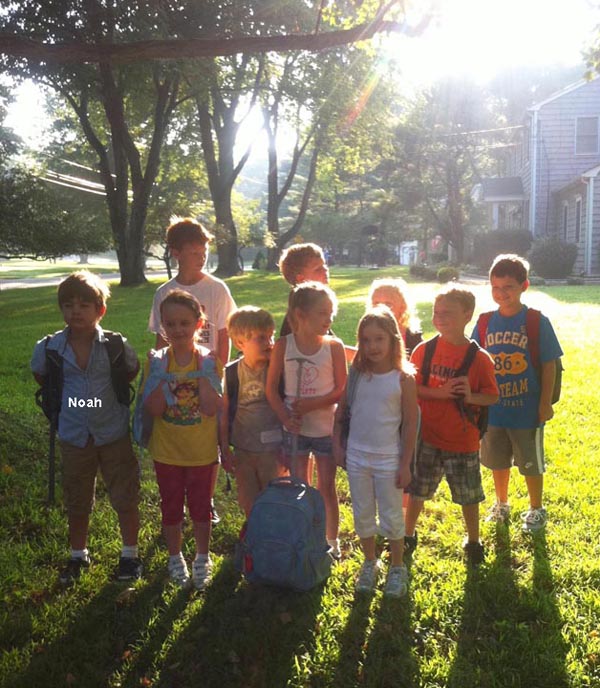 ... waiting for the bus and not too thrilled


Noah is the youngest of my six grandchildren. He has a really cool life in Westport, Connecticut, considering the state of the world. Noah is a Libra, turning 5 on September 23, 2010.

Noah spent the past two years of nursery and pre-k, at a local school, where he thrived. But on this day, everything would be different. As he later told me, he would have to go on the Big Boy bus ... and it all seemed threatening. Having your brother and other friends along for the ride, did not alleviate the anxiety our little guy felt as walked up the steps of the bus and stood there staring at his window seat, his brother, Matthew telling him to sit down.

The fact that the east coast was setting record temperatures close to 100 degrees did not help matters. Noah started to cried and wanted to get off the bus. Alas everyone comforted him, the children tell him, he'll adjust - everyone's a therapist. As the bus pulled away, he looked out of the window at his mom with tears in his eyes.

Once the bus pulled away, the tears stopped, a smile swept over his face like the sun coming out after a morning rain shower, and thus began Noah's first day of the rest of his life in formal education.

For many of us, education, in one form or another, follows us through the rest of our lives as that is why we are here. If the brain is not learning, it withers. If we are not experiencing, we wither... Life needs purposeful meaning to make it all worth while. 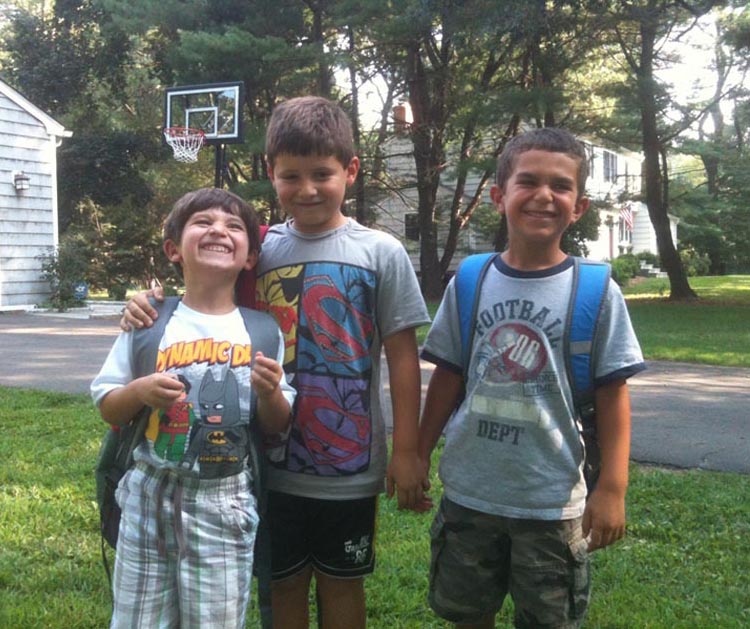 Noah had a big smile on his face and was happy to know big brother Matthew had his back.
Having his best friend, Dixon in his class, waiting for him when he got there, made all the fear go away.


Some children (people) suffer from separation anxiety disorder a psychological condition in which an individual experiences excessive anxiety regarding separation from home or from people to whom the individual has a strong emotional attachment (like a father and mother). It becomes a disorder when the separation reaction becomes strong enough to impair people's ability to conduct their day to day lives and relationships.


I believe there is a component to separation anxiety linked to the moment our we enter physical reality from the place we call HOME, where all is light and love. This feeling can also link to acrophobia an extreme or irrational fear of heights. It belongs to a category of specific phobias, called space and motion discomfort that share both similar etiology and options for treatment.