The multiverse (or meta-universe) is the hypothetical set of infinite or finite possible universes (including the historical universe we consistently experience) that together comprise everything that exists and can exist: the entirety of space, time, matter, and energy as well as the physical laws and constants that describe them. The various universes within the multiverse are sometimes called parallel universes. A multiverse has been envisaged within the multi-dimensional extension of string theory or M-theory.

The structure of the multiverse, the nature of each universe within it and the relationships among the various constituent universes, depend on the specific multiverse hypothesis considered. Multiple universes have been hypothesized in cosmology, physics, astronomy, religion, philosophy, transpersonal psychology and fiction, particularly in science fiction and fantasy. In these contexts, parallel universes are also called "alternative universes", "quantum universes", "interpenetrating dimensions", "parallel dimensions", "parallel worlds", "alternative realities", "alternative timelines", and "dimensional planes," among others. The term 'multiverse' was coined in 1895 by the American philosopher and psychologist William James in a different context. 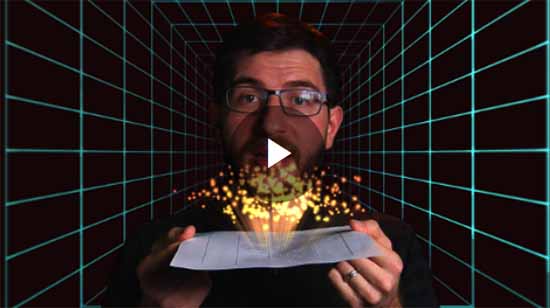 We exist in a Simulation where anything and
everything is possible as it is all projected illusion.

Everything Everywhere All at Once, explained by a quantum physicist.   VOX - April 15, 2022
The probability that we’re all living in the multiverse, and why that idea is so appealing.

Everything Everywhere All at Once is a 2022 American science-fiction action film.


How real is the multiverse? Is there another you out there, reading this exact same article? It's tough to say.   Live Science - December 15, 2021
The existence of the multiverse is a pretty big pill to swallow. If eternal inflation is correct, then there isn't just one universe, or a lot of universes, but an infinite number of pocket universes. Each one would potentially support its own laws of physics and arrangements of particles. So if the number of ways to arrange matter and energy is finite - there are only so many ways you can construct a universe - then an infinite multiverse demands repeated copies of the same physical situation, even if any particular combination of physical configurations is incredibly rare. That means there's a copy of you, at some finite (but very far) distance away. And another copy past that. And another. And another. An infinity of you's doing this exact same thing. 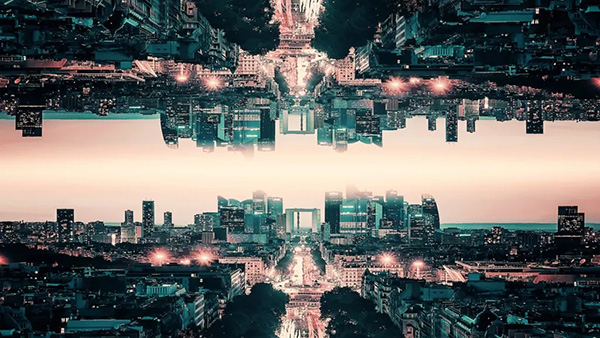 Multiverse theory suggests that our universe, with all its hundreds of billions of galaxies and almost countless stars, spanning tens of billions of light-years, may not be the only one. Instead, there may be an entirely different universe, distantly separated from ours - and another, and another. Indeed, there may be an infinity of universes, all with their own laws of physics, their own collections of stars and galaxies (if stars and galaxies can exist in those universes), and maybe even their own intelligent civilizations. It could be that our universe is just one member of a much grander, much larger multitude of universes: a multiverse. 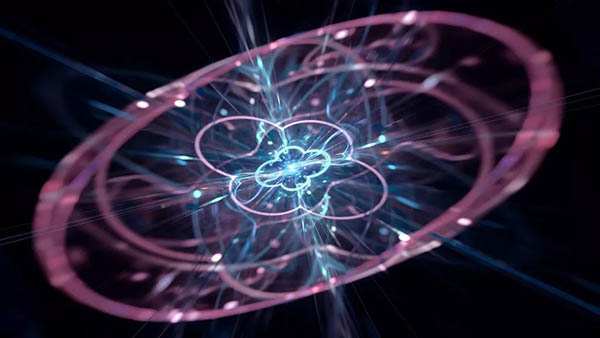 String theory is a purported theory of everything that physicists hope will one day explain ... everything. All the forces, all the particles, all the constants, all the things under a single theoretical roof, where everything that we see is the result of tiny, vibrating strings. Theorists have been working on the idea since the 1960s, and one of the first things they realized is that for the theory to work, there have to be more dimensions than the four we are used to.


The weirdest idea in quantum physics is catching on: There may be endless worlds with countless versions of you.   NBC - October 22, 2019 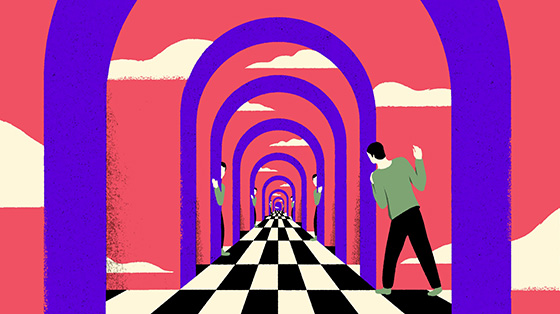 According to an increasingly popular analysis of quantum mechanics known as the Many Worlds Interpretation. every fundamental event that has multiple possible outcomes whether it's a particle of light hitting Mars or a molecule in the flame bouncing off your teapot - splits the world into alternate realities. Even if you never meet those other you's, some physicists say they're out there.


Evidence of a parallel universe? 'Cold Spot' in space suggests there are alternate worlds with their own versions of reality   Daily Mail - May 17, 2017 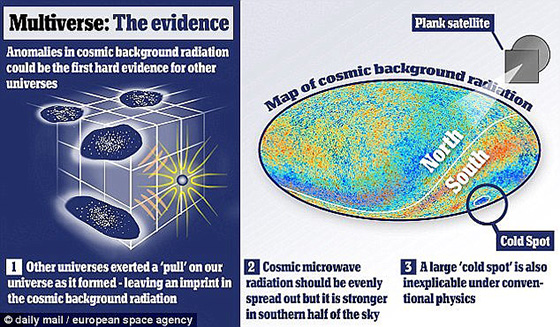 In the desolate darkness of space it is difficult to imagine we are anything but alone in the cosmos. But imagine for a moment that we are not alone, but in fact one of an infinite number of parallel universes that contain infinite versions of ourselves. In one universe you might be president of the United States, while in another you could be made of gelatin. This is the theory of the 'multiverse', and a new study has found that a mysterious 'Cold Spot' in space could prove our universe is merely one of an everlasting string of realities.


Strange behavior of quantum particles may indicate the existence of other parallel universes   PhysOrg - June 6, 2015 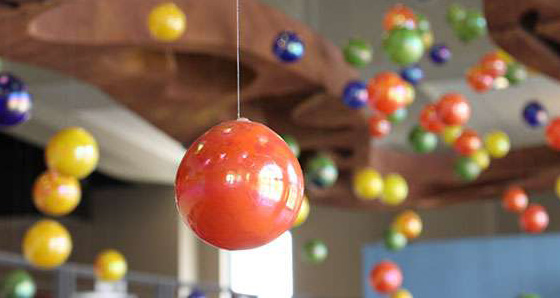 Quantum mechanics is a strange realm of reality. Particles at this atomic and subatomic level can appear to be in two places at once. Because the activity of these particles is so iffy, scientists can only describe what's happening mathematically by "drawing" the tiny landscape as a wave of probability.


Scientists propose existence and interaction of parallel worlds: Many Interacting Worlds theory challenges foundations of quantum science   Science Daily - October 30, 2014
Academics are challenging the foundations of quantum science with a radical new theory on parallel universes. Scientists now propose that parallel universes really exist, and that they interact. They show that such an interaction could explain everything that is bizarre about quantum mechanics.


Never mind the big bang; in the beginning was the vacuum. The vacuum simmered with energy (variously called dark energy, vacuum energy, the inflation field, or the Higgs field). Like water in a pot, this high energy began to evaporate - bubbles formed. Each bubble contained another vacuum, whose energy was lower, but still not nothing. This energy drove the bubbles to expand. Inevitably, some bubbles bumped into each other. It's possible some produced secondary bubbles. Maybe the bubbles were rare and far apart; maybe they were packed close as foam. But here's the thing: each of these bubbles was a universe. In this picture, our universe is one bubble in a frothy sea of bubble universes. That's the multiverse hypothesis in a bubbly nutshell.


How Would Humans Know If They Lived in a Multiverse?   Live Science - June 4, 2014
Spotting a multiverse ...
Is free will dead?
Some theories in physics give rise to the idea of multiple universes, where nearly identical versions of the known universe exist. But if such a multiverse does exist, how would people know, and what would it mean for humanity? There may be ways to find out if the known universe is one of many, said Brian Greene, a theoretical physicist and author at Columbia University in New York. 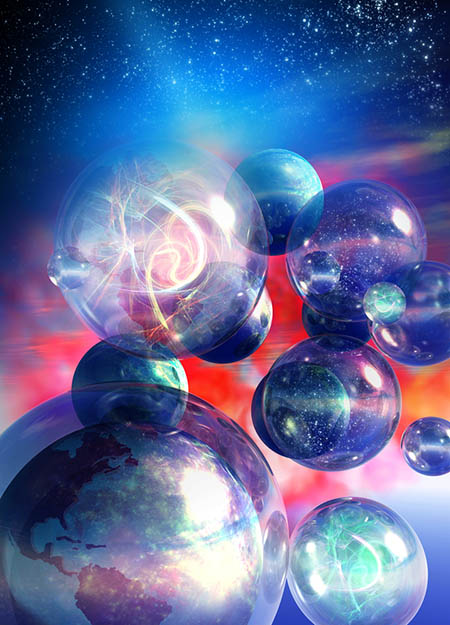 The first direct evidence of cosmic inflation - a period of rapid expansion that occurred a fraction of a second after the Big Bang - also supports the idea that our universe is just one of many out there, some researchers say. Scientists announced new findings that mark the first-ever direct evidence of primordial gravitational waves - ripples in space-time created just after the universe began. If the results are confirmed, they would provide smoking-gun evidence that space-time expanded at many times the speed of light just after the Big Bang 13.8 billion years ago. This theory posits that, when the universe grew exponentially in the first tiny fraction of a second after the Big Bang, some parts of space-time expanded more quickly than others. This could have created "bubbles" of space-time that then developed into other universes. The known universe has its own laws of physics, while other universes could have different laws, according to the multiverse concept.