This idea is the unique supersymmetric theory in eleven dimensions, with its low-entropy matter content and interactions fully determined, and can be obtained as the strong coupling limit of type IIA string theory because a new dimension of space emerges as the coupling constant increases.

Drawing on the work of a number of string theorists (including Ashoke Sen, Chris Hull, Paul Townsend, Michael Duff and John Schwarz), Edward Witten of the Institute for Advanced Study suggested its existence at a conference at USC in 1995, and used M-theory to explain a number of previously observed dualities, sparking a flurry of new research in string theory called the second superstring revolution.

Originally the letter M in M-theory was taken from membrane, a construct designed to generalize the strings of string theory. However, as Witten was more skeptical about membranes than his colleagues, he opted for "M-theory" rather than "Membrane theory". Witten has since stated that the interpretation of the M can be a matter of taste for the user of the word "M-theory".

M-theory is not yet complete; however it can be applied in many situations (usually by exploiting string theoretic dualities). The theory of electromagnetism was also in such a state in the mid-19th century; there were separate theories for electricity and magnetism and, although they were known to be related, the exact relationship was not clear until James Clerk Maxwell published his equations, in his 1864 paper A Dynamical Theory of the Electromagnetic Field. Witten has suggested that a general formulation of M-theory will probably require the development of new mathematical language. However, some scientists have questioned the tangible successes of M-theory given its current incompleteness[weasel words], and limited predictive power, even after so many years of intense research.

In late 2007, Bagger, Lambert and Gustavsson set off renewed interest in M-theory with the discovery of a candidate Lagrangian description of coincident M2-branes, based on a non-associative generalization of Lie Algebra, Nambu 3-algebra or Filippov 3-algebra. Practitioners hope the Bagger-Lambert-Gustavsson action (BLG action) will provide the long-sought microscopic description of M-theory. 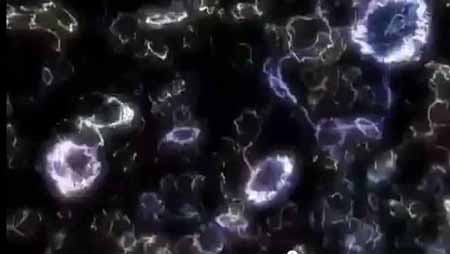