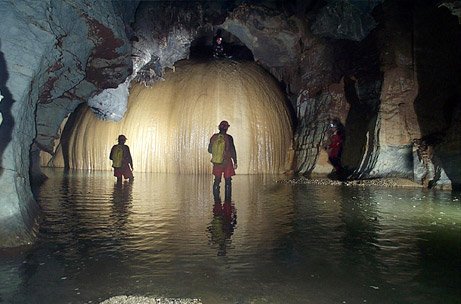 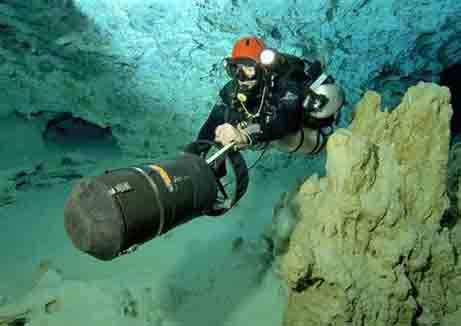 Divers exploring a maze of underwater caves on Mexico's Yucat‡n Peninsula have identified what may be the longest underground river in the world. The waterway twists and turns for 95 miles (153 kilometers) through the region's limestone caverns, said British diver Stephen Bogaerts, who made the discovery with German colleague Robbie Schmittner. In a straight line, the system would span about six miles (ten kilometers) of land.

Bogaerts and Schmittner spent four years exploring using underwater scooters and specially rigged gas cylinders to find a connection between the Yucat‡n region's second and third longest cave systems, known respectively as Sac Actun and Nohoch Nah Chich . The team scoured the passages, marking each new twist and turn with carefully labeled rope. On January 23 the pair headed toward the final connection from opposite sides and used an unopened bottle of champagne to make the final tie-off between the two systems. The pair celebrated with a second bottle of champagne on the surface. Long a popular retreat for beachgoers, the Yucat‡n Peninsula has become a favorite destination for cave divers, Melton added. "Just about any time you go you can nearly always go find a new place to explore," Melton said.

He likens the region to "a huge limestone sponge." That's because the peninsula is largely made of limestone, a soft and porous rock that is easily eroded by slightly acidic rainwater, which carves out underground passages as it courses toward the Caribbean Sea. The pathways range from jumbo-jet-size rooms with long stalagmites and stalactites to narrow slits that divers must blindly squeeze through.

The passages are completely flooded with water that stays a constant 76 degrees Fahrenheit (25 degrees Celsius) year-round. The water itself is layered: A lens of freshwater rests on top of salt water. When fresh rainwater percolates down, the liquid flows out horizontally and is discharged into the ocean. Divers access the caves through sinkholes called cenotes, which lay scattered throughout the peninsula under the rain forest canopy. "But the water isn't just flowing through these underground rivers ... 98 percent of the water is actually trapped in the rock," Bogaerts, the diver, said.

The Yucat‡n's natural hydraulic system sustained the Maya for centuries and today is the main freshwater source for the region's booming tourism trade. But the cave diving community is concerned that the rapid pace of development could stress the supply. "These cave systems are so extensive and so interconnected that if there is a point of pollution in one area then it can quickly get distributed to a very, very wide area," Bogaerts said. 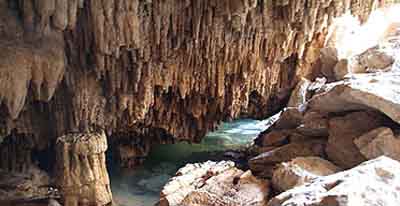 Cave divers in Mexico's Yucatan peninsula have discovered what may be the world's longest underground river, connecting two cave systems with a waterway at least 95 miles long. A group of foreign divers exploring the area near the Caribbean beach resort of Playa del Carmen have yet to name the stretch, but believe it could be connected to two other major systems, adding more than 125 miles to its length. "It's a bit of the Star Trek syndrome: the thrill of exploration, to go where no one has gone before," said diver Steve Bogaerts, who helped find the underground river. Prior to the discovery, the Palawan underground river in the Philippines and Vietnam's Son Trach River vied for the record as the world's longest. The area in southeast Mexico is home to tourist resorts Cancun and Cozumel, as well as Mayan ruins Chichen Itza and Tulum. It sits on a Swiss-cheese subsoil of limestone dotted with deep wells that are entrances to tunnels. 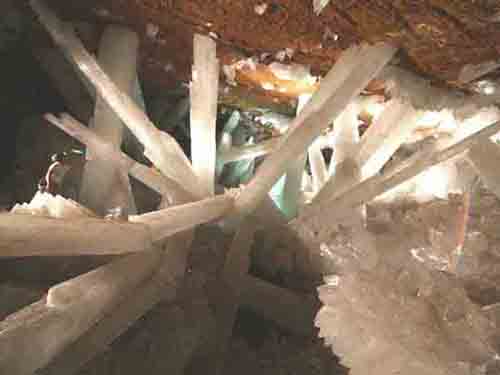