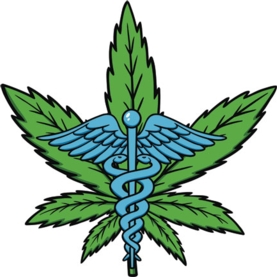 From California to downtown Detroit, there's a green revolution sweeping across the nation and it's changing the weed business forever. Like prohibition of the 1920s, it looks as if medical marijuana may become a footnote of the past.

States are ramping up efforts to legalize the drug in an effort to balance budgets and regulate the hallucinogen. Last week, California became the first state to approve signatures supporting a measure for the November ballot. Unlike in years past, the approved measure will seek to legalize the drug outright and allow users to carry up an ounce. Advocates argue the measure would raise $1.4 billion and save precious law enforcement and prison resources.

The movement is not confined to California. A number of states including New Hampshire and Washington are considering measures meant to increase access to the drug. The state of Colorado is pushing forward a measure meant to make medical marijuana dispensaries registration more accessible. And in the District of Columbia, elected officials are trying to learn from what they consider cautionary tales from other jurisdictions as they attempt to craft a program that strikes a delicate balance.

Currently, 14 states allow the use of medical marijuana and many states have bills proposing similar legislation. With more and more states seriously considering legalization, the debate has shifted from 'if' to 'when'.

Like anything, medical marijuana is not without its problems. What we find more interesting is the potential problems arising over the next few years as some states legalize the drug while other states retain their bans. Will users be allowed to consume their drug in states still banning it? Where will air travel fit in the discussion?

This assumes regulation is even possible. Police forces in the U.S. are already underfunded (current budget cuts will likely continue this trend) and are struggling, at times, to already regulate drugs on the market. This comes in light of an already burgeoning crisis in Mexico. While it is impossible to predict, the resulting increase demand for marijuana could ultimately lead to an increase in drug trafficking across the border. While this newspaper in no way endorses the argument that increased drug use correlates with increased crime, the current conditions in Mexico.

Unlike state law governing elections - where each state is able to determine its own process - a number of the issues currently under consideration by states shed light on problematic nature of state rights. Whereas a hundred years ago information traveled more slowly and residents rarely left their respective state, state rights had a more prominent place.

Jump forward to today where interstate travel is far more common today. The internet has allowed for - and will continue to allow for - people across the world to connect in ways unimaginable just thirty for forty years ago. Laws confined to localities should be crafted with travel and the current culture in mind. Likely this push by state legislators will put pressure on Capitol Hill to clarify the nationšs stance the question of consumption. Should that be the case we may likely in for a long debate.

The whole topic of medical marijuana started for me a few months ago when a female friend in New Mexico became a legal distributor of medical marijuana. She doesn't smoke weed, but since December she and her husband have created a lucrative business growing and selling it. Boy was I surprised when she told me about it. I guess desperate times all for ...... And so Ellie - who never smoked a joint in her life - nor did any drugs for that matter - learned about how one grows pot - a lot more work than I would have thought.

No sooner did my friend tell me about medical marijuana, when a male client in New Jersey told me it was legal there, he has a friend growing it, and he is working on the business end, also making lots of money.

This was followed by others clients in-the-know who have all kinds of information on the sale of medical marijuana, including the fact that the market in California, or any other state for that matter, will soon be overly saturated with legal distribution.

So what happens to the illegal drugs dealers? Is medical marijuana a target for criminals as that game reinvents itself and creates new dramas?

Last week in Ellie's World .... along came a female client visiting from Mexico City who told me all about the very scary crime rate in Mexico and how fearful everyone is. Her stories included drug trafficking, kidnappings, and more. One kidnap victim was found through Facebook - ransom delivered - teen murdered anyway. Her children go to High School and College in California.

Next Ellie gets involved in a missing person's case and a murder here in Brooklyn, working with the police. A discussion allows her to know more about drugs, murder and mayhem throughout central and south America - focus on Costa Rica where many Americans are investing in real estate - some activities connected right here at home with local drug dealers and street gangs.

And so Ellie considers ... is everything going to 'pot' at the end of the program? It would appear so.

Medical Marijuana it would seem is on the way to becoming legalized in November in many places which will create a new set of games and craziness as the program cycles down. Interesting. Getting high may just be what some people need to see the truth behind the illusion.

With all the self-help and self-awareness books, programs, etc. that came out over the past two decades - do present challenges, including the declining economy and natural disasters - make keeping one balanced and at peace next to impossible?

It's always about money ... the old pyramid and eye and back to Egypt.