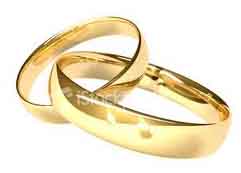 Once upon a time in America we were taught (programmed) that we grew up, fell in love, got married and raised a family. Most people followed that path which guided them to find The One. There was no social networking, and other online venues that allegedly brought you to the partner who would share your life.

As everything has rapidly evolved, we understand that people have issues, are dysfunctional coming into relationships in many cases, and therefore marriages last happily for a short time, or endure longer if there is no way out. Yes the 'happily ever after' scenario still exists for some ... but we know that into everyone's storyline in this reality, drama will follow (flow). As people live longer, the need to remain in an dysfunctional relationship is not in the cards.

Does the concept of The One still exist? Romantics would like to think so, but more practical people know it is an illusion within this illusion. Time and experience has showed us that 50% of couples divorce or separate, and the remaining 50% are not necessarily happy. I would guess about 25% of couples have the emotional balance to keep a relationship going.

Alas, I have read endless people through the decades who seek The One, or, on the flip side, want out of a marriage when partners grow in separate directions. People change from decade to decade, and when communicate is lost - romance goes and it's time to leave if possible.

Most people have to consider whether or not they have the time or energy for marriage - or living with someone - as that is an alternate choice that many embrace.

Then there is the Healing Grid - self help and awareness - people working on themselves - healing issues from childhood - and often finding that the best way to do that is living alone, with a partner for pleasure not control.

Many people look at the marriages of - older generations, siblings, friends, and the way the world is headed - and say, "No way!" to marriage. They want fun, lovers, and most of all freedom.

There are endless motivations behind marriage - many of them karmic - most emotionally based - but in 2012 it's all changing.

The new analysis of U.S. Census data, conducted by the Pew Research Center, also finds that the number of new marriages per year declined 5 percent between 2009 and 2010, a drop that might be related to the economy. Either way, the long-term trend in marriage is downward: In 1960, 72 percent of adults over the age of 18 were married, compared with 2010's 51 percent.

Since 1960, the median age of first marriage has risen by about six years for both men and women. In 1960, 59 percent of 18- to 29-year-olds were married, compared with 20 percent today. The proportion of divorced or separated people, on the other hand, has leveled off at around 14 percent of American adults over the last two decades.

Marriage rates diverge notably by race and class, the analysis revealed, meshing with earlier research by the University of Virginia's National Marriage Project, which finds that working-class and poor individuals are increasingly retreating from institutions like marriage and church.

Among whites, 55 percent are married, compared with 28 percent of Hispanics and 31 percent of blacks. Part of the difference has to do with the fact that the black and Hispanic population skews younger, and thus they are less likely to have gotten around to marriage yet, Pew researchers found.

A college education is also linked to the likelihood of marriage, with 64 percent of college grads having entered into matrimony. For those with some college education, that number is 48 percent, dropping to 47 percent among those with a high-school education or less. In 1960, these education disparities in marriage did not exist.