I've written endless blogs about marriage. In a world where self awareness and having the freedom to find one's true purpose and heal issues is being increasingly important, marriage is not the answer for everyone. For some a lifetime commitment works, but for others it is not necessary. Social conditioning has changed. Human consciousness is programmed differently. Being gay is becoming more accepted as people everywhere come out.

People live together, want less long term responsibility, don't necessarily want to have children, change who they are as they move from decade to decade in their lives, see the divorce rate accelerating, education taking longer, the economy and job market, and you know the rest of the list as per your observations of reality.

Healing has taught us that people are drawn to each other to work on their mutual issues, then move on. That seems to be the current pattern. If you have issues and the other person is not a reflection of those issues, the relationships will quickly end ... boring for one person and too much drama for the other. Be friends first, lovers next, and have no long range expectations for at least one year. The high of a romance - love and great sex - generally last 2 1/2 years then starts to wane. Take your time. You may think marriage is the solution for loneliness - think again. Know who you are with and what you are getting into.

I am not totally opposed to marriage. I guess it's just that I read so many couples who outgrow each other and the cheating starts. They come with the question - should I leave my spouse for the transition person? I often read people who tell me that on the day they got married, they knew it was a mistake. Healing and metaphysics dictate finding a Twin Flame - a person in the Heart - the lover who acts as a catalyst to higher consciousness. Some couples only have karma to create children then move on. There are many interesting patterns. Couples who are emotionally stable, grow together, perhaps raise a family and can make marriage work. If you've been there, you now what I mean. 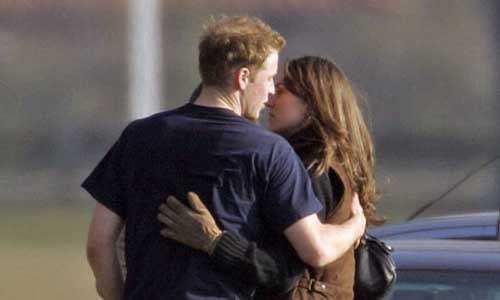 Wednesday night I watched the Dateline special about Prince William and Kate - destined to meet at university - from friends to lovers - who grew together. They have as much magic as Harry Potter, but will survive longer as a story that captures the heart. Both will highlight the news in the summer of 2011. Like our friends across the pond - I love Kate and William as a couple and wish them every happiness. I am sure Diana will there watching over them and guiding their journey.


The gap between rich and poor isn't just about money. A new study finds that Americans with low income and education are less likely to marry than those who are better off. The trend, which occurs over a background of declining marriage rates, suggest that while Americans of low socioeconomic status are just as likely as well-off Americans to want to get married, they place a high premium on financial stability before marriage, a bar they may never meet.

The study, conducted by Pew Research Center in conjunction with TIME, used analysis of economic and demographic data from the U.S. Census Bureau combined with an October 2010 telephone survey of a nationally representative sample of 2,691 adults. The margin of error is plus or minus 2.6 percentage points. Overall, the data revealed a deep ambivalence toward marriage, Pew reported. Nearly 40 percent of Americans say marriage is becoming obsolete, an 11-percent increase since 1978. The number of married couples has dropped, too: In 1960, 72 percent of American adults were married. In 2008, that number was 52 percent.

Nonetheless, both groups place a similar value on marriage, the survey found. The difference was that 38 percent of people with less education said financial stability was an important condition for marriage, compared with 21 percent of college-educated people. Still, the survey found that Americans are optimistic about marriage, with 67 percent saying they're upbeat about the future of marriage and family.

Speaking of family, Americans take it seriously. More than three-quarters say family is the most important element of their life. And the meaning of "family" has broadened. Eighty-eight percent of people view a childless married couple as a family. Nearly as many (80 percent), say a cohabitating couple with a child is a family, and 86 percent say a single parent and a child is a family. Just over 65 percent say a gay or lesbian couple raising a child is a family. Americans are also happy with their families. Three-quarters say they're "very satisfied" with their family life. Eighty-five percent say their current family is as close as or closer than the family in which they grew up.


Marriage is a social union or legal contract between people that creates kinship. It is an institution in which interpersonal relationships, usually intimate and sexual, are acknowledged in a variety of ways, depending on the culture or subculture in which it is found. Such a union, often formalized via a wedding ceremony, may also be called matrimony.

People marry for many reasons, including one or more of the following: legal, social, emotional, economical, spiritual, and religious. These might include arranged marriages, family obligations, the legal establishment of a nuclear family unit, the legal protection of children and public declaration of commitment.

Marriage practices are very diverse across cultures, yet almost every known society has had some form of marriage between a man and a woman. In some societies an individual is limited to being in one such couple at a time (monogamy), while other cultures allow a male to have more than one wife (polygyny) or, less commonly, a female to have more than one husband (polyandry). Some societies also allow marriage between two males or two females. Societies frequently have other restrictions on marriage based on the ages of the participants, pre-existing kinship, and membership in religious or other social groups.

The act of marriage usually creates normative or legal obligations between the individuals involved. In some societies these obligations also extend to certain family members of the married persons. Almost all cultures that recognize marriage also recognize adultery as a violation of the terms of marriage, and forbid incestuous marriages. In cultures that allow the dissolution of a marriage this is known as divorce.

Marriage is usually recognized by the state, a religious authority, or both. It is often viewed as a contract. Civil marriage is the legal concept of marriage as a governmental institution irrespective of religious affiliation, in accordance with marriage laws of the jurisdiction. If recognized by the state, by the religion(s) to which the parties belong or by society in general, the act of marriage changes the personal and social status of the individuals who enter into it.