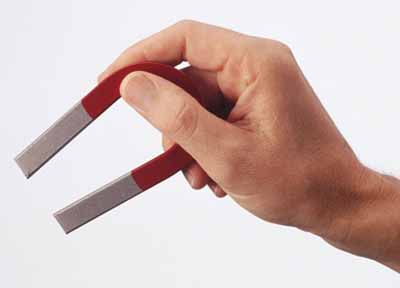 How is you luck running lately? Do you consider yourself basically lucky in life or challenged at ever turn? Do you have a ritual you practice to increase your luck, or so you think? Do you believe your bad luck comes from a psychic attack in this lifetime or another?

People speak of Good Luck and Bad Luck and all things related that allegedly shape their destinies. Each person's life path is predetermined by their genetic codes and programming, which people also equate with Timing. Reality is a computer generated consciousness hologram in which the characters it creates are programmed to believe it is real.

This is the second decade of the twentieth-first century, and with that it is important to understand who you are, why you are here, and where it is all going. Luck is something that is either programmed into your experience here or not. Good luck generally is associated with those who are emotionally balanced, whereas people who live in drama - programmed with a chemical imbalance - seem to attract bad luck and highly dysfunctional people and situations. 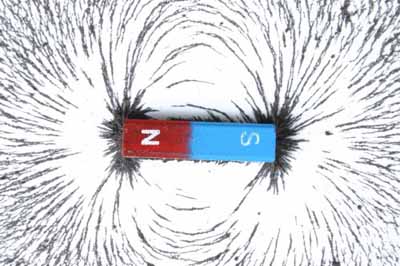 Physical reality is based on duality - polarity - electromagnetic energy - forever seeking balance and reunion - yet all the while the very nature of our program takes that away in so doing to study the nature of emotions. It's about the power of attraction - synchronicity - and finding out that "The Real Secret" has to do with attraction based on programming - created by numeric codes. Your time here is based on a roll of the dice, your soul entering physical reality to play out precoded experiences.


Luck is a chance happening of fortune. Luck is often regarded as a superstition, but it can be interpreted in many ways. Luck stands in opposition to control, but not to causation. Luck is that which happens beyond a person's control. This view incorporates phenomena that are chance happenings, a person's place of birth for example, but where there is no uncertainty involved, or where the uncertainty is irrelevant. Within this framework one can differentiate between three different types of luck:


Luck as a Fallacy

A rationalist approach to luck includes the application of the rules of probability, and an avoidance of unscientific beliefs. The rationalist feels the belief in luck is a result of poor reasoning or wishful thinking. To a rationalist, a believer in luck commits the post hoc logical fallacy:

A happens (luck-attracting event or action) and then B happens;
Therefore, A caused B.

In this worldview, probability is only affected by confirmed causal connections. A brick falling on a person walking below, therefore, is not a function of that person's luck, but is instead the result of a collection of understood, (or explainable) occurrences. Statistically, every person walking under the building was just as likely to have the brick fall on them.

The gambler's fallacy and inverse gambler's fallacy both explain some reasoning problems in common beliefs in luck. They involve denying the unpredictability of random events: "I haven't rolled a six all week, so I'll definitely roll one tonight".

Luck is merely an expression noting an extended period of noted outcomes, completely consistent with random walk probability theory. Wishing one "good luck" will not cause such an extended period, but it expresses positive feelings toward the one - not necessarily wholly undesirable.


Luck as an Essence

There is also a series of spiritual, or supernatural beliefs regarding fortune. These beliefs vary widely from one to another, but most agree that luck can be influenced through spiritual means by performing certain rituals or by avoiding certain circumstances.

One such activity is prayer, a religious practice in which this belief is particularly strong. Many cultures and religions worldwide place a strong emphasis on a person's ability to influence their fortune by ritualistic means, sometimes involving sacrifice, omens or spells. Others associate luck with a strong sense of superstition, that is, a belief that certain taboo or blessed actions will influence how fortune favors them for the future.

Luck can also be a belief in an organization of fortunate and unfortunate events. Luck is a form of superstition which is interpreted differently by different individuals. Carl Jung described synchronicity: the "temporally coincident occurrences of acausal events". He described coincidences as an effect of a collective unconscious.

Judeo-Christian and Islamic religions believe in the will of a supreme being rather than luck as the primary influence in future events. The degrees of this Divine Providence vary greatly from one to another; however, most acknowledge providence as at least a partial, if not complete influence on luck. These religions, in their early development, accommodated many traditional practices. Each, at different times accepted omens and practice forms of ritual sacrifice in order to divine the will of their supreme being or to influence divine favoritism.

Mesoamerican religions, such as the Aztecs, Mayans and Inca, had particularly strong beliefs regarding the relationship between rituals and luck. In these cultures, human sacrifice (both of willing volunteers and captured enemies) was seen as a way to please the gods and earn favor for the city offering the sacrifice. The Mayans, also believed in blood offerings, where men or women wanting to earn favor with the gods, to bring about good luck, would cut themselves and bleed on the gods altar.

Many traditional African practices, such as voodoo and hoodoo, have a strong belief in superstition. Some of these religions include a belief that third parties can influence an individual's luck. Shamans and witches are both respected yet feared based on their ability to cause good or bad fortune for those in villages near them.


Luck as a Placebo

Some encourage the belief in luck as a false idea, but which may spawn positive thinking, and alter ones responses for the better. Others like Jean Paul Sartre and Sigmund Freud, feel a belief in luck has more to do with a locus of control for events in one's life, and the subsequent escape from personal responsibility. According to this theory, one who ascribes their travails to "bad luck" will be found upon close examination to be living risky lifestyles. On the other hand, people who consider themselves "lucky" in having good health may be actually reaping the benefits of a cheerful outlook and satisfying social relationships, both of which are well known statistically to be protective against many stress-related diseases. If "good" and "bad" events occur at random to everyone, believers in good luck will experience a net gain in their fortunes, and vice versa for believers in bad luck. This is clearly likely to be self-reinforcing. Thus, although untrue, a belief in good luck may actually be an adaptive meme.

Most cultures consider some numbers to be lucky or unlucky. This is found to be particularly strong in Asian cultures, where the obtaining of "lucky" telephone numbers, automobile license plate numbers, and household addresses are actively sought, sometimes at great monetary expense. Numerology, as it relates to luck, is closer to the art than to the science, yet numerologists, astrologists or psychics may disagree. It is interrelated to astrology, and to some degree to parapsychology and spirituality and is based on converting virtually anything material into a pure number, using that number in an attempt to detect something meaningful about reality, and try to predict or calculate the future based on lucky numbers. Numerology is folkloric by nature and started since humans first learned to count. Through human history it was, and still is, practiced by many cultures all over the world from traditional fortunetelling to on-line psychic reading.