Do you know where your child is? 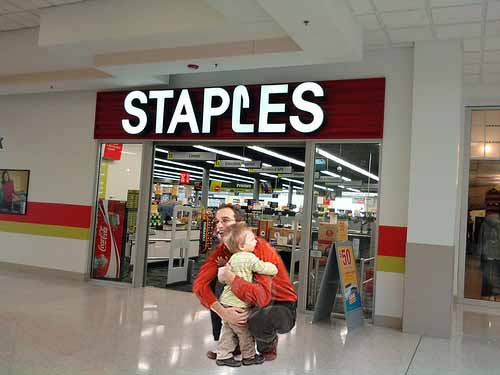 The world is a crazy place and growing crazier every day.

Last week, just after the Boston Marathon Bombings, when many people were on edge, I stopped at Staples to do some shopping. On the way out of the store, I noticed a little boy no more than 3 years old. He had big blue eyes and short blondish hair and was waiting for the sliding doors to open that lead to the parking lot. He seemed to be lost, so I stood there a second as the doors opened and 3 Staples' employees returned from their break.

"Don't let him out", I said. "He's lost." They turned and looked at him, but he walked over to me with the saddest expression and said, "Where's my daddy?"

"We'll find him," I said knowingly, and walked back in the store with the little boy and the 3 men. For some reason I called out across the store, "Where's daddy?" and the boy smiled as if I was meant to make him laugh. It wasn't hard to spot daddy who was frantically looking for his son and ran toward us, as the little boy ran into his arms. Daddy and I smiled at each other. Not all stories end that well and daddy learned a lesson many parents do - you can't take your eyes off your children even for a minute ... bored children tend to wander. I shudder to think of him alone in the parking lot where many cars pull in quickly or that he could have been taken.

In the USA an estimated 800,000 children are abducted every year.


Today in the news... while the girl's mother was with a cashier ...

Police Hunt Man Who Followed Girl, 7, in Wal-Mart   NBC - April 22, 2013
Police in Westchester County say a man followed a 7-year-old girl into the toy section at Wal-Mart, told her to follow him to another part of the store where he inappropriately touched himself in front of her. The girl was not touched.