No Regrets: Why 'Letting Go' May Be Key to Happy Aging 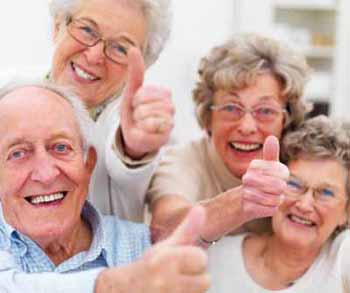 The role of any self-help program is to teach people how to let things go, to understand why they happened, and to move on with life. For some people this is easy, while others never forgive and forget ... they dwell ... burn out ... get sick and die. It all goes to one's programming for experience in this reality, their emotional codes, reminders of the past, and getting older. As we age, we put less importance on holding on to anger, regret and other negative emotions, that eat away at the physical body, causing stress and illness.

In metaphysics, one's astrology or numerology charts can also show if a person will let go and at what age, as everything we do is by the numbers. One can practice any form of meditation and healing modality to help them let go. Remember it's not just the brain that has to let go, but the emotions.


No Regrets: Why 'Letting Go' May Be Key to Happy Aging   Live Science - April 19, 2012
Brain scans now reveal that living a life without regrets may be one key to aging well. As painful as regret can be, scientists think it can help us make better choices in the future when we are young. However, as second chances decrease as we get older, the benefits of mulling over what might have been also decline with age.

To see if letting go of regrets might actually be linked with emotional health as one gets older, researchers analyzed brain scans of three groups of people - young adults averaging 25 years old, as well as depressed older adults and healthy older adults, both averaging 65 years old. These volunteers played a computer game where they opened a series of boxes that, at random, held either money or a cartoon picture of a devil that ended the exercise and caused the players to lose all the money they had won up to that point.

After opening each box, the volunteers could decide whether to stop or proceed to the next one. After each round ended, all the boxes opened, revealing how far players could have safely continued. When the young adults and depressed older adults discovered they had missed chances to collect more money, they took more risks in following rounds, even though the random nature of the game meant there was no reason to take previous rounds into account. However, healthy older adults did not really change their behavior, just as predicted.

"Given that unsuccessfully aged people demonstrated a more 'youth like' behavior, it seems to be essential for our emotional well-being to adapt to changing life-demands when we are older - that is, to not look back in anger and to focus on the positive," researcher Stefanie Brassen, a neuroscientist at University Medical Center Hamburg-Eppendorf in Germany, told LiveScience.

In addition, the brain scans revealed that activity in a brain region called the ventral striatum, which is linked with feeling regret and also addiction, and in the anterior cingulate cortex, which is involved in regulating emotions, was similar between the young adults and the depressed older adults. In contrast, the healthy older adults showed different patterns in brain activity that suggested they experienced less regret and regulated their emotions more effectively.

"I did my Ph.D. in the field of Alzheimer's dementia and late-life depression. When studying these diseases, you always need healthy older groups for comparison," Brassen said. "And I was always quite fascinated by the fact that most of these healthy older adults demonstrated such a positive view on life and were so relaxed regarding their past, potentially regrettable, behavior."

The researchers suggest that healthy older adults may employ helpful mental strategies to avoid regret, such as reminding themselves that the results of the game were up to chance. In contrast, depressed older adults may blame themselves for the outcome. If so, it might be possible to train people to use these mental strategies to help preserve their emotional health in old age.

"We know from cognitive-behavioral therapy studies that such abilities can be trained behaviorally, which in turn changes the neural architecture of the brain," Brassen said. "Thus, our findings open up new perspectives not only for the treatment of late-life depression, but also for prevention strategies to maintain emotional health when we age."

Brassen added that it would be interesting to see if there was a specific transition point in age where letting go of regrets becomes more beneficial than holding onto them. Such research would need to analyze a large spectrum of people of younger to older ages.

"It would also be very interesting to know whether there are people who have a better chance to successfully adapt to age. It is likely that personality traits (for example, neurotic versus emotionally stable), response styles (rumination versus distraction) and lifelong experiences with emotional demands play a role," Brassen said in an email to LiveScience.