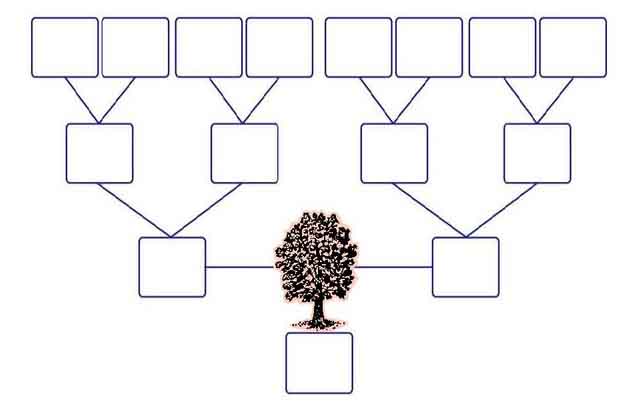 Everything about you is genetically encoded into your DNA for experience. This predisposes your physical, emotional, and spiritual preferences and experiences. Things like mental illnesses, homosexual preference, learning challenges, personal preferences, substance abuse, creativity, are all preprogrammed - you just play them out.

When that part of your DNA experience is complete - it all changes suddenly - sometimes as if a new You has emerged. generally you move from mainstream thinking to your spiritual journey into awareness. When determining who you are, look to your family, even if you think you have extraterrestrial roots as we are all hybrids in a biogenetic experiment. :)

To find out more, create your family tree with you at the bottom. Then go back one, two, or possibly three generations, but not more than that. The answers will all be there.


Family's Mental Disorders May Shape Your Interests   Live Science - January 27, 2012
A brother with autism or a grandmother with depression could help determine which subjects you find intellectually engaging, according to new research that reveals a link between family psychiatric history and interests. The research, a survey of 1,077 incoming Princeton University freshmen in the class of 2014, posits a genetic influence on personal interests. For example, students who planned to major in the humanities or social sciences were twice as likely as other students to report a family member with a mood disorder or substance abuse.

Wannabe science and technology majors, on the other hand, were three times as likely as other freshmen to say they had a sibling on the autism spectrum. The results are preliminary and based on self-reports, so researchers can't say for certain why these links exist.

But according to study researcher Sam Wang, a professor of molecular biology and neuroscience at Princeton, the data is consistent with the idea that interests are partially heritable. During the past several decades, Wang said in a statement, various researchers have found that, in certain people and their relatives, mood or behavior disorders are associated with a higher-than-average representation in careers related to writing and the humanities, while conditions related to autism exhibit a similar correlation with scientific and technical careers.

But those studies involved people with demonstrated aptitudes for their careers - published poets, working scientists and active artists, for example. Wang and his colleagues wanted to cast a wider net.

"What if there is a broader category of people associated with bipolar or depression, namely people who think that arts are interesting?" Wang said. "The students we surveyed are not all F. Scott Fitzgerald, but many more of them might like to read F. Scott Fitzgerald."

So the researchers chose to look at incoming freshmen, a group old enough to know what they like but too young to be on a set career path. (Princeton students aren't required to pick a major until their sophomore year.) They asked the students what major they would choose based on their intellectual interests. They also asked them if their parents, siblings or grandparents had a history of mood disorders (such as depression or bipolar disorder), substance abuse or autism-spectrum disorders. All of these disorders have a moderate-to-strong genetic component.

These links the researchers found, reported today in the journal PLoS ONE, have a long history in pop culture. Poets such as Sylvia Plath are known for their struggles with depression. Aristotle himself is supposed to have said that people "eminent in philosophy, politics, poetry and the arts have all had tendencies toward melancholia."

In more recent culture, ties between autism and technology abound. Take Silicon Valley, where techie personalities and the autistic disorder Asperger's are said to go hand in hand. In multiple studies, University of Cambridge autism researcher Simon Baron-Cohen has found a higher prevalence of autism disorders in families of engineers and mathematicians. A 2001 article in Wired magazine on this "geek syndrome," by writer Steve Silberman, explored the possible link.

"Though no one has tried to convince the Valley's best and brightest to sign up for batteries of tests, the culture of the area has subtly evolved to meet the social needs of adults in high-functioning regions of the spectrum," Silberman wrote. "In the geek warrens of engineering and R&D, social graces are beside the point. You can be as off-the-wall as you want to be, but if your code is bulletproof, no one's going to point out that you've been wearing the same shirt for two weeks."

This is not to say that everyone who enjoys computer programming fits on the autism spectrum, or to insinuate that having a bipolar parent destines a person for an English major. But Wang is not the only researcher to find links between heritable disorders and family interests. In November 2011, for example, researchers reported in the British Journal of Psychiatry that people with bipolar disorder, as well as their healthy immediate family members, were more likely to hold "creative" jobs in the arts or sciences than people without a family history of the disorder. Parents and siblings of people with schizophrenia showed the same tendencies.

Researchers can't yet rule out environmental influences, such as the experience of growing up with a mentally ill family member. But the correlations suggest a common genetic path between certain interests and certain mental disorders, Wang said. These genetic traits might manifest as a love of language in one person, but go haywire in another and produce mood disorders.

"Everyone has specific individual interests that result from experiences in life, but these interests arise from a genetic starting point," Wang said. "This doesn't mean that our genes determine our fate. It just means that our genes launch us down a path in life, leading most people to pursue specific interests and, in extreme cases, leading others toward psychiatric disorders."