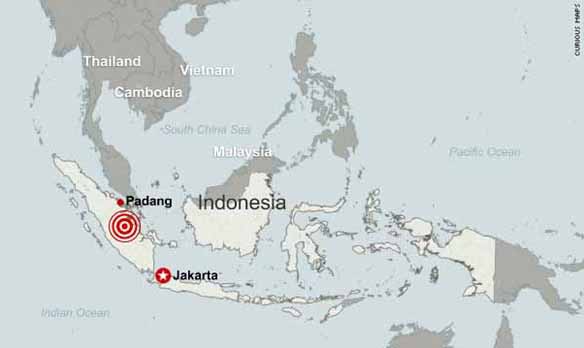 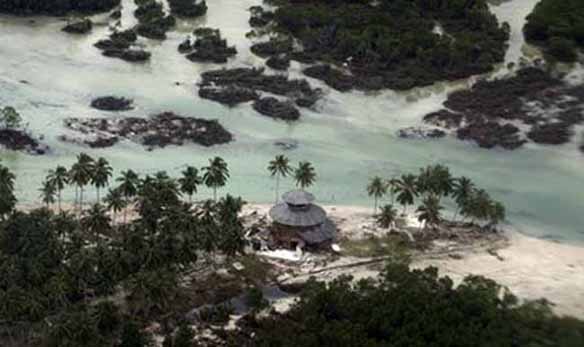 The country's most volatile volcano, Mount Merapi,
800 miles (1,300 kilometers) to the east, erupted. 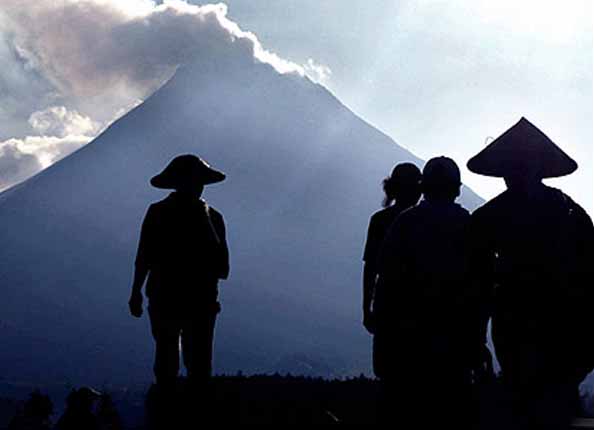 Both events fell along Indonesia's portion of the Pacific Ring of Fire, a
series of fault lines that are prone to earthquakes and volcanic activity
stretching from the Western Hemisphere through Japan and Southeast Asia. 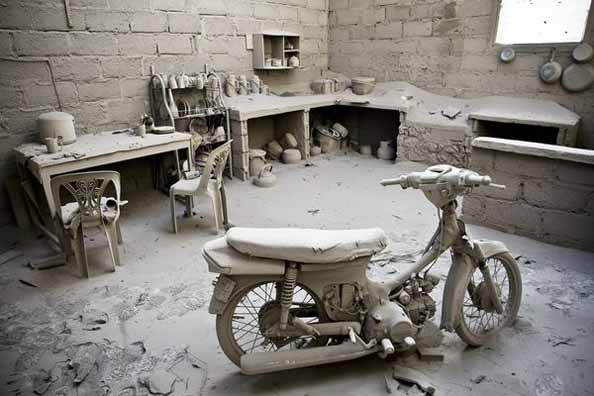 
Indonesia's Explosive Geology Explained   Live Science - October 26, 2010
Indonesia is a dangerous country to call home. Precariously located above the grinding and mashing of several tectonic plates, and ringed by a chain of fire-breathing volcanoes, the country's islands are located in one of the most volatile regions in the world. The eruption of a volcano and the shaking of a tsunami-generating earthquake this week is just one reminder of Indonesia's fiery foundation.


When a Tsunami Hit NYC

Many people have recounted dreams of huge waves, like a tsunami, coming over NYC. Some live here, while others don't. What are they seeing? Fact or metaphor? Why are these dreams reoccurring? Does it make me want to pack up and run inland as I live on the water? Nope! I never live in fear. Whatever will be will be. There is something about the article below that rings true.


A cosmic impact two millennia ago may have sent tsunamis deluging what is now the Big Apple, scientists suggest. Many of the giant sea waves known as tsunamis are caused by underwater earthquakes and volcanoes - for example, the devastating 2004 Indian Ocean tsunami was triggered by a quake off the northwestern coast of Sumatra. Still, the causes of nearly 10 percent of all tsunamis nowadays remain uncertain. Cosmic impacts have been known to cause tsunamis in the past. For instance, scientists have found evidence that the Chicxulub impact in Mexico, which may have ended the age of dinosaurs, triggered gigantic waves.

Now researchers have evidence suggesting that an asteroid roughly 200 yards (183 meters) wide crashed off the coast of New Jersey and sent tsunamis surging toward what is now New York City some 2,300 years ago. [Cool Video Đ Recreating an Ancient Tsunami]

"Our models suggest the tsunamis were up to 20 meters (66 feet) high when they entered the Hudson River," said researcher Dallas Abbott, a geologist at Columbia University's Lamont-Doherty Earth Observatory in New York. New York City lies at the mouth of the Hudson. When the scientists drilled out tubes of sediment from the New York and New Jersey area, they discovered layers of unusual debris that, they suggest, were laid down by tsunamis.

Within these potential tsunami layers is evidence of a cosmic impact, including shocked minerals and microscopic carbon beads loaded with "nano-diamonds," which are "all things only impacts can do," Abbott said. One candidate for the crater that was produced by this impact, she said, lies in the undersea Carteret Canyon, located roughly 90 miles (150 km) off the coast of New Jersey.

Other scientists have raised alternate explanations for these layers. For instance, volcanic eruptions or gigantic landslides on the other side of the Atlantic might have caused the giant waves. Or these anomalous layers of sediment that Abbott and her colleagues are investigating may not have been caused by tsunamis at all Ń hurricanes can generate huge pulses of water known as storm surges, whose effects on sediment could resemble those of tsunamis.

For a cosmic impact, one smoking gun would be a specific form of deformed rock known as shocked quartz. The rock is generated by the intense heat and pressure of a collision with an extraterrestrial object. "But if there was an oceanic impact, the oceanic crust doesn't really have quartz to shock," Abbott said. It there were tsunamis, it remains unclear if ancient Native Americans witnessed them. 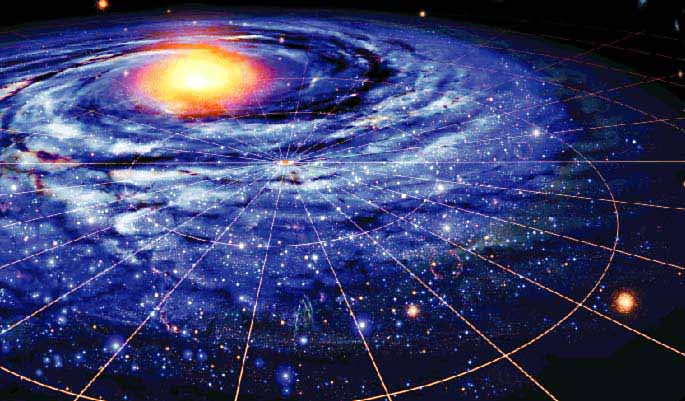 Saturday, my friend Geri, who lives in Idaho, and I explored our lifelines in this reality to see what remains. Mine was short, meaning soon I will leave, but Geri's was a tiny bit longer, which we found very strange as she plans to 'leave' at the same time. And so we began to explore the lifelines of other people we know ... and as we did a pattern emerged. The pattern grew bigger and bigger until it became global and everything bleeped out of existence.

As we saw it, when the program shuts down, those on the Atlantic seaboard, seem to leave first. Then like a giant wave harmonic sweeping across the hologram in a upward spiral, the rest of the souls emerge based on a geometric pattern set in motion at the beginning. Oddly those in the Ring of Fire appeared to leave last. I would have thought they spiral out first, but that is not the case as was shown to us, though it all happens almost simultaneously.

Quickly, everything in the grid returns to consciousness and light.