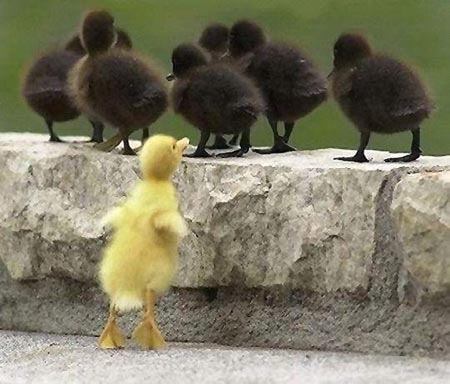 In the gamut of human emotions we came here to experience, let's talk about feeling ignored. Most humans, not all, enjoy contact with others. This is further guided by the different chapters in a person's life. When you are ignored, it hurts -- and this reality often seems to be about pain and suffering and finding ways to overcome it.

What people tell me is that they want to feel connected to people who 'get them' especially now as so many are into healing which is part of the metaphysical journey into awareness.

Being connected, from my point of view, has to do with people aligning their grid with yours. If they don't - they will ignore you. Sometimes that's a good thing, other times it's not. You align your grid with those who are here to play out the same experiences, and often dramas, that you are. Others ignore you, as that is not their challenge, so don't always take it personally.

The person who is left out in childhood and teen years, often bullied, sooner or later will find one or more people to align with. They wonder why certain people are so charismatic and they're often ignored. You can do things physically, emotionally, and spiritual to change that, but generally those who ignored you in the first place, will no longer seem important once you heal because you've learned the lessons of ignoring and ignorance.


Being ignored hurts, even by a stranger   PhysOrg - January 25, 2012
Feeling like youšre part of the gang is crucial to the human experience. All people get stressed out when wešre left out.

Psychologists already know that humans have to feel connected to each other to be happy. A knitting circle, a church choir, or a friendly neighbor can all feed that need for connection. Eric D. Wesselmann of Purdue University wanted to know just how small a cue could help someone feel connected. He cowrote the study with Florencia D. Cardoso of the Universidad Nacional de Mar del Plata in Argentina, Samantha Slater of Ohio University, and Kipling D. Williams of Purdue. "Some of my coauthors have found, for example, that people have reported that they felt bothered sometimes even when a stranger hasnšt acknowledged them," Wesselmann says. He and his authors came up with an experiment to test that.

The study was carried out with the cooperation of people on campus at Purdue University. A research assistant walked along a well-populated path, picked a subject, and either met that personšs eyes, met their eyes and smiled, or looked in the direction of the person's eyes, but past them - past an ear, for example, "looking at them as if they were air," Wesselmann says. When the assistant had passed the person, he or she gave a thumbs-up behind the back to indicate that another experimenter should stop that person. The second experimenter asked, Within the last minute, how disconnected do you feel from others?

People who had gotten eye contact from the research assistant, with or without a smile, felt less disconnected than people who had been looked at as if they werenšt there.

These are people that you donšt know, just walking by you, but them looking at you or giving you the air gaze - looking through you - seemed to have at least momentary effect. Other research has found that even being ostracized by a group you want nothing to do with, like the Ku Klux Klan, can make people feel left out, so it's not surprising that being pointedly ignored can have the same effect. "What we find so interesting about this is that now we can further speak to the power of human social connection. It seems to be a very strong phenomenon," Wesselmann says.