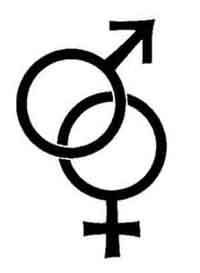 Nothing catches the reader's attention more than the word Sex. It covers everything from romance to the "hookup" - which went by other names in the past - casual sex/relationship, fling, friends with benefits, one night stand, etc. It's about sex without necessarily demanding or expecting the extra commitments of a more formal romantic relationship. For some its fun especially with young adults, while for others, especially those with issues, things can get complicated.

This often sends people to those who help with emotional problems -- another changing term through the decades -- Psychologist, Therapist, Psychotherapist, Counselor, Shrink, Spiritual Counselor, Healer, Life Coach and I probably missed a few along the way.

Unless looking for a full time relationship, hooking-up can be fun if one prevents STDs and pregnancy. I find that young adults, divorced people, and even seniors who are able, enjoy hooking up when attracted.

In the gay male world, the hook-up is more common than the relationship.

We all have different sexual needs and expectation in our lives. Sometimes the hook-up is works best.


Casual sex in college - known colloquially as "hooking up" - gets a lot of attention for supposedly being unhealthy for women. But a new study finds that hooking up may actually allow women more sexual agency than traditional dinner dates.

That's not to say that hookups are a paradise for women, said study researcher Sinikka Elliott, a sociologist at North Carolina State University. It's just that dating might not be the refuge that it's made out to be.

Indeed, contrasting no-strings-attached encounters with committed relationships is not as simple as it seems. A 2007 study published in the journal The Gendered Society Reader found that 67 percent of students in a long-term relationship had started out with at least one hookup and one date before the relationship became exclusive. And the students weren't hooking up willy-nilly: 47 percent of women and 35 percent of men said they'd harbored interests in a relationship with their last hookup partner before the sex took place.

Elliott and her colleagues originally launched their experiment as a classroom exercise into the sexual double standard - the idea that promiscuous guys are "studs," while women who have sex are "sluts." They asked students to write anonymously about a hypothetical hookup situation, expecting to find harsh judgment for the woman in the scenario and a pass for the man. That's not what happened, Elliot said.

Surprised by the results, the researchers analyzed the responses in-depth. A total of 273 undergraduates had read a story in which a man and a woman meet at a party, hit it off, and have "a night of wild sex." The fictional duo then goes on a dinner date the next week, which ends with a kiss, but no more sex.

Next, the students, all undergraduates around the age of 19, were asked to write what happened in the situation from either the man or the woman's point of view.

Hooking up and formal dates

The students' explanations for both the man's and the woman's behavior were nuanced, sometimes echoing traditional gender stereotypes and sometimes breaking with them completely. The most common explanation for the wild hookup for both the hypothetical man and woman was for pleasure and desire. "She probably just wanted to get some," one woman wrote.

Likewise, students broke with stereotypes to point out that men want relationships, too. The most common explanation for the sexless date night - whether from a male or female perspective - was that the person was interested in a relationship and wanted to get to know their partner better.

In other cases, gender stereotypes reigned. Students were more likely to attribute the woman's sexual desire on the night of the hookup to alcohol (even though none was mentioned in the vignette) or a moment of wild spontaneity. The guy's decision to hook up was more often attributed to a "guy instinct" or premeditated plan.

"The guy is obviously a pimp player and knows how to work it with the ladies," one male respondent wrote. "It is always a guy's objective to score with a chick whenever he has the opportunity."

But it was in explaining the no-sex date where stereotypes came out in force. Of the students asked to explain the woman's behavior, 47 said she didn't push for sex because she was trying to salvage her reputation from the night of wild sex. In a representative passage, one female student explains that the woman probably regretted her hookup in the morning and was likely surprised when the guy asked her out on a date.

Only 12 of the students suggested that the man would need to salvage his reputation after the hookup.

In another gender split, 41 of the students suggested that the date had ended without sex because the man had only agreed to go on the date out of pity.

"He hit it and quit it, used her, felt pleasure, got over the infatuation and moved on," one woman wrote. In contrast, only eight students suggested that the woman had agreed to the date out of sympathy for the man.

The message, Elliott said, isn't that hooking up is better than dating, especially given research that finds that women are less sexually satisfied than men by these one-night stands. Rather, she said, the take-away is like a Facebook status message: It's complicated.

"Hookups are a pathway to a lot of college relationships," Elliott said. "A lot of hookups are repeat hookups, so the fact that our scenario presents an anonymous hookup doesn't help us to understand that."

The researchers reported their results in the October 2011 issue of the journal Gender and Society.