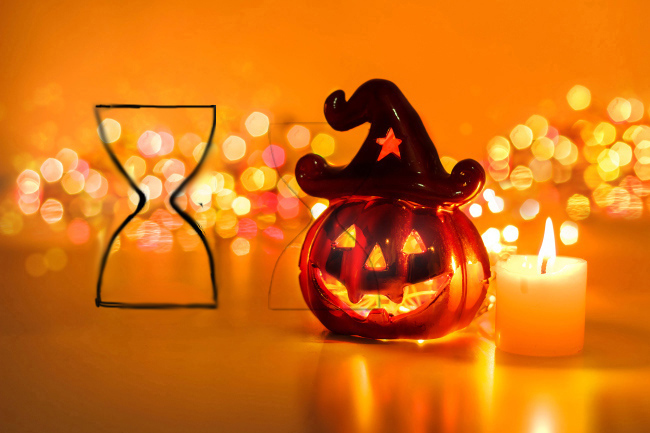 This Autumn Halloween morn was crisp and cold (34°) for late October in New York City a great way to present Halloween after the trials and tribulations of 2020 which included Covid 19 - climate change - Trump up for re-election - economic crisis - social unrest and one scary thing after another that determines the fate of the world. It was the worst year most people can remember. As I sit here typing this we are three days away from election day in the US. Trick or Treat?

Number 22 has been a trigger point all year for the astrology of 2020. It was at 22 degrees Capricorn that Pluto and Saturn first conjuncted on January 6th, that set off the pandemic and the reverberations that were to follow this year. All the cardinal signs have been majorly affected, especially when planets went over 22 degrees. On Halloween, at the full moon, once again, Pluto is back at 22 degrees Capricorn.

This year Halloween falls during Mercury Retrograde, on a Full Blue Moon 8° Taurus - Uranus is 8° Taurus are conjunct and are in opposition to the Sun 8° Scorpio. Pluto is the ruler of Scorpio. The Full Moon acts as a spotlight and with all that's going on, the dirty deeds behind the scenes are having a light shined on them.

This Halloween we face trials and tribulations which are far from over and will probably never be resolved as the illusion of time runs out. They highlight with Covid 19, climate change, natural disasters, Trump up for re-election, economic crisis, social unrest and one scary thing after another that determine the fate of the reality.

Mental illnesses and other challenges are exacerbated further adding to the chaos that underlies our lives in end times.

The earthquakes speak for themselves as a final terminator at the close of this simulation.

Everybody feels it whether they are aware of it or not and process according to their programming.

The winter ahead will not be easy no matter who wins the election because without a cure Covid will continue to run rampant across the globe marking time until the next pandemic.

So where does this leave us and our personal issues? in waiting mode.

2020 was the worst year most people can remember - its influences far from over.

As I sit here typing we are three days away from election day in the US. Trick or Treat? We've seen Trump pull a rabbit out of a hat over and over again but has his luck finally run out? Remember this ... no matter what happens to Trump he has tasted the limelight in a way few people ever will and he will not go away. He needs the adoration of the crowds to survive. Maybe he'll start a media company or find another way to reign down on humanity - but he will not be gone in 2021 and could run again in 2024 - if the simulation is still running.


Very orange pumpkin moon with perhaps a spooky ghost for special effects.
As I look at it without a glare on my monitor it looks like a wrist watch. 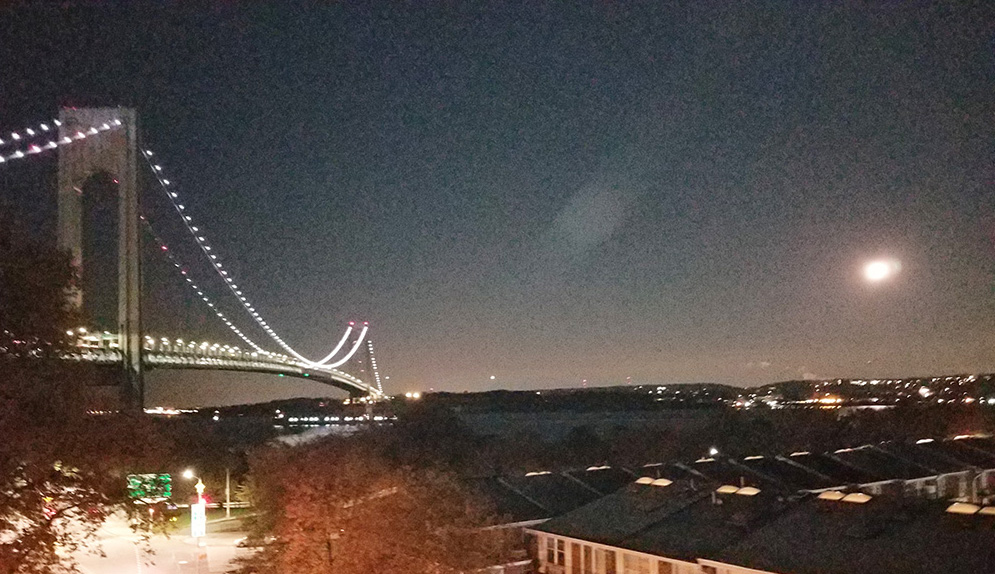 After taking the pic above I was about to go back inside when I noticed - with the naked eye -
the orb lift up and move quickly toward the moon then create patterns - definitely not a plane. 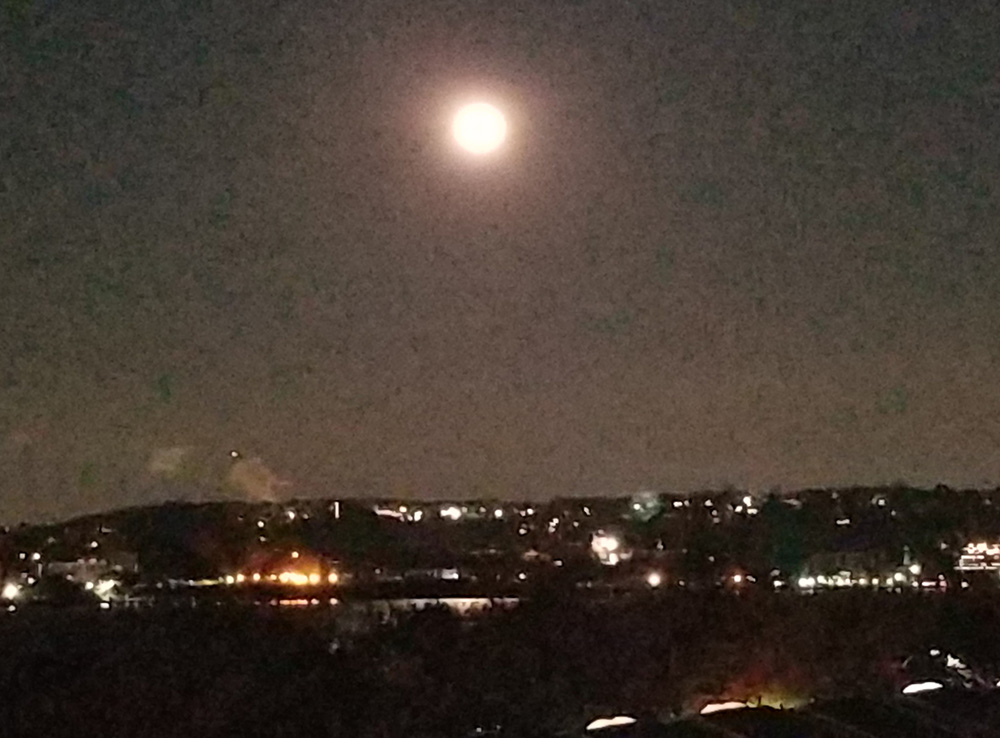 Within a second it was above the moon. 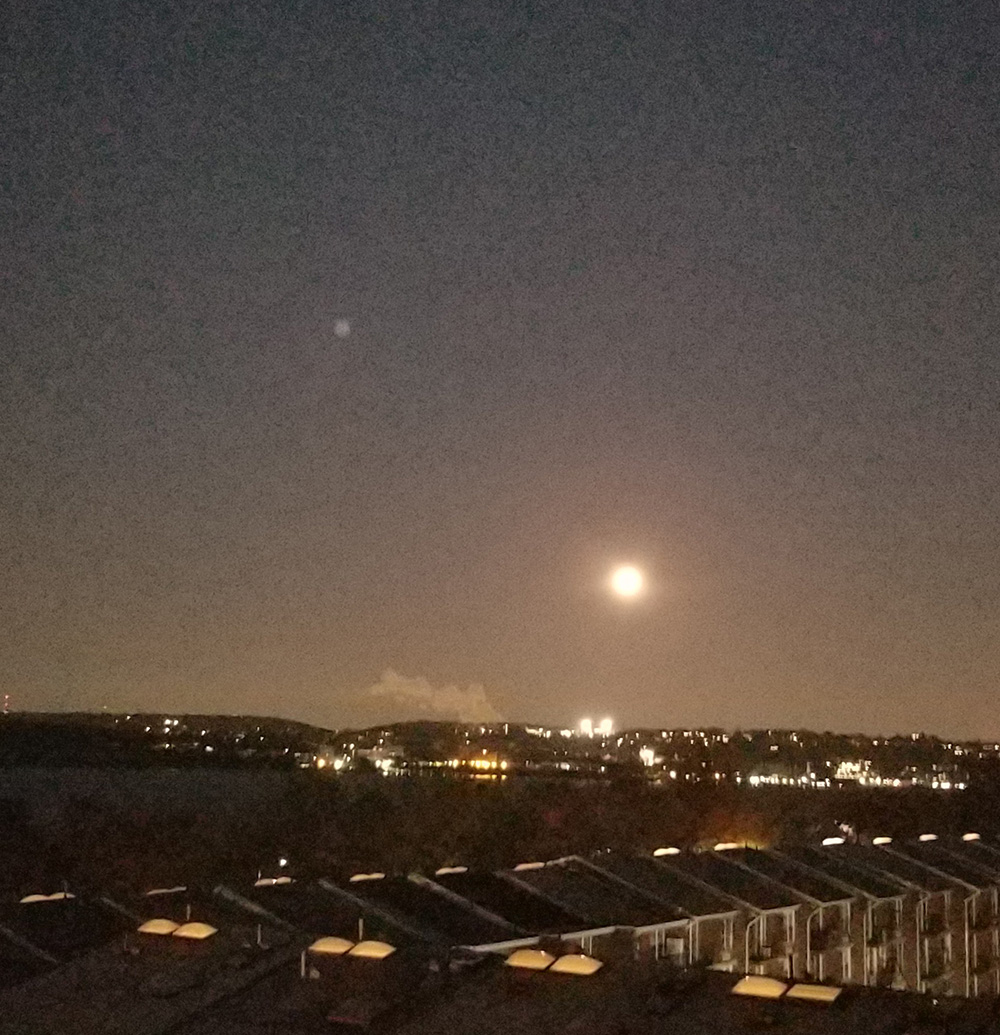 I stood there for a few minutes watching - hoping it was a UFO or something cool like that but I decided it wasn't in
the sense of a manned spacecraft though it captured my attention so I took pics and a quick video before it took off.

Here's the video (20 seconds) though the orb doesn't show up as well as it does on my camera phone.


This was posted on my facebook wall by Charlotte:
My daughter and I saw the exact same thing last night ...
it was fast, incredibly mobile and divided and reassembled itself.
We knew it wasn't an airplane because it was too high in the sky.


I just remembered what the orb reminded me of :: WWII Foo Fighters. We are going back.


A half hour later ... the moon set on the western horizon over Staten Island, NY - looking blue-ish to the naked eye. 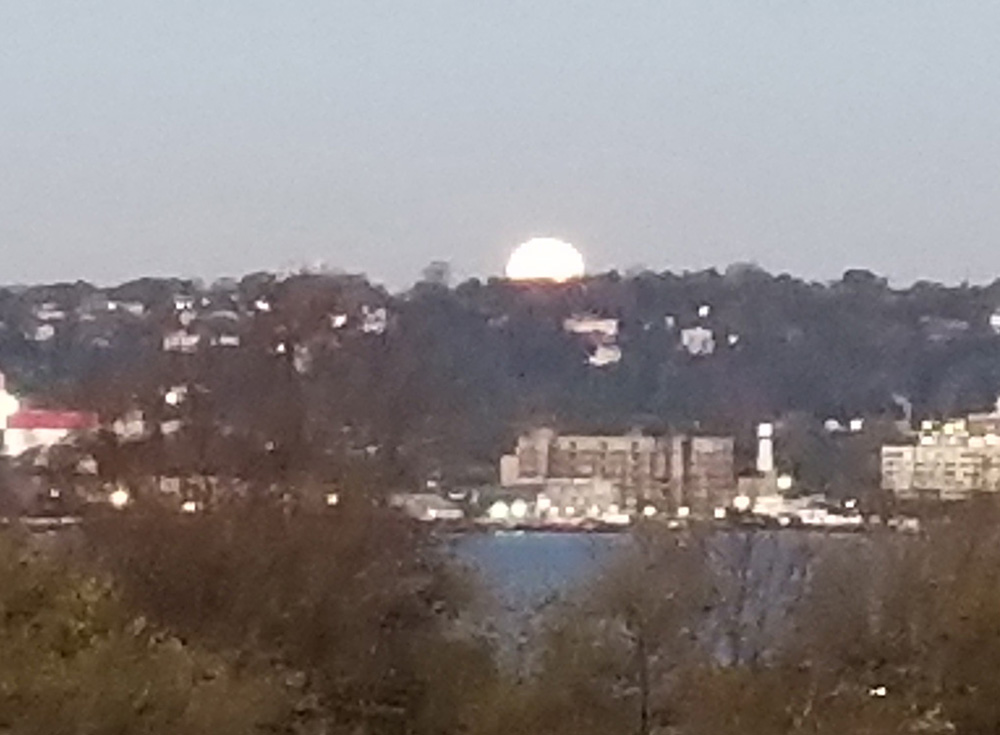 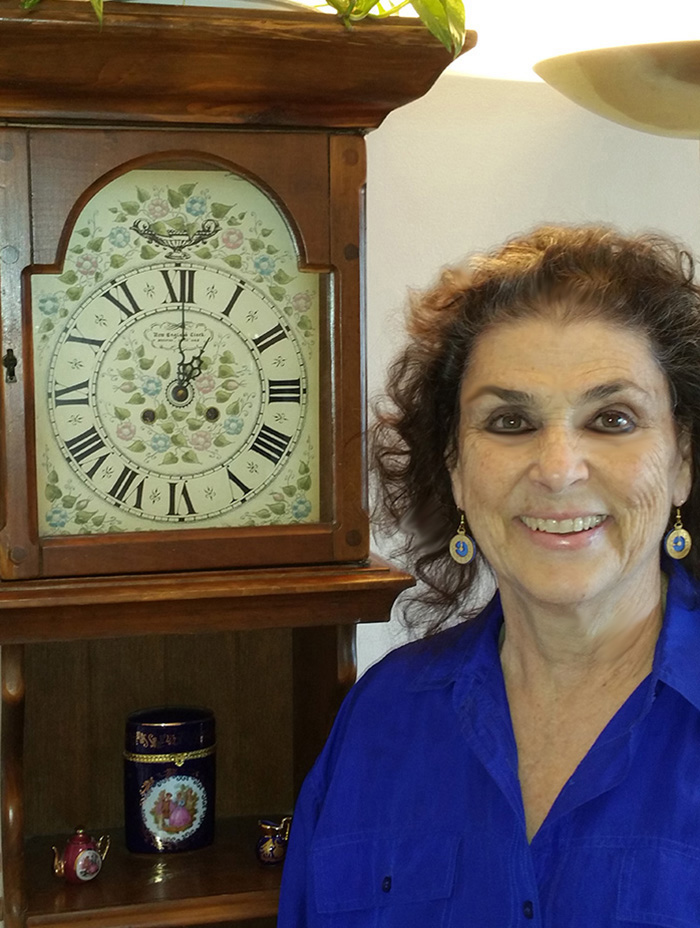 The Return to Standard Time always takes me to the New York Marathon both occurring on the same Sunday in November. This year I'll move my clocks back but no Marathon due to Covid-19. (In the pic above my earrings are clocks).

I prefer Standard Time to Daylight Saving Time but many people disagree. Early Sunday morning, clocks will fall back one hour when daylight saving time ends in most of the U.S. and Canada. But there is a movement to abolish the time changes in the future: More than 30 states considered legislation this year to make daylight saving time permanent, which would cause both sunrise and sunset to occur later in the colder months. Advocates of making daylight saving permanent argue that the current arrangement pushes too much winter daylight to the early-morning when many people are asleep. They cite studies showing a rise in car crashes, medical errors and suicides related to the shifting time. Supporters of the status quo respond: Winter mornings would become miserable. As two California state lawmakers wrote, You'll be getting your family ready for the day in the dark; your kids will be walking to school or waiting for the school bus before the sun rises.