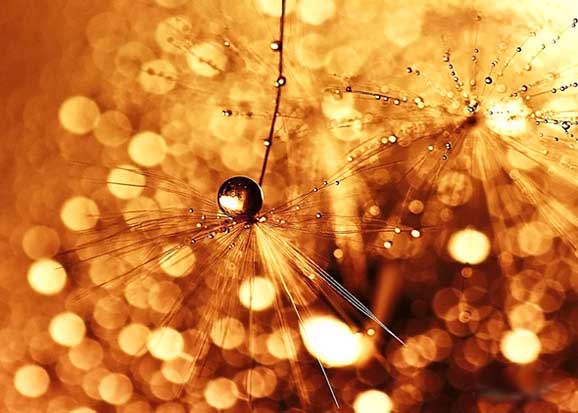 I've always been drawn to gold, its energies and connection to the sun or course of light. Shiny gold, that is almost pure white, calls to me, its intrinsic value connecting to something in creation, alchemy of consciousness in the experience of time and emotions.

To make extra money in difficult financial times people, are buying and selling gold items they have had for years, as the price of gold continues to rise and always will. We find 'gold parties' where meet people to that end, and lots online, especially on ebay. The jewelry stores in my area all feature signs saying they buy gold. Gold seems to be the one things that has not deflated.

Gold mining has returned - especially cool for those who hate sitting behind a desk at work (their brains are not programmed for office work or to deal with authority figures). The quest for gold is a good excuse to travel and get outdoors to places where one can still build fantasies about becoming rich in an age where people want to work at something they are passionate for that will ultimately help themselves and others. That feeling of I want to help and heal the planet because it makes me feel good is still very powerful in the grid.

The current 'gold rush' is reminiscent of the 19th century Old West with its colorful gold rushes, though today modern technology helps us along the way.

Also in vogue ... people are looking to work and strike it rich in the energy fields, working with ecosystems, creating organic farms, etc. I can make lots of money by doing what I like without authority figures telling me what to do ... and can make a difference.

Businesses have developed to cash in on surging gold prices by selling prospecting gear, storage, gold-bar vending machines, and more. Today people are prospecting in Ohio, Idaho, Alaska, Michigan, and Georgia. New friendships and associations have formed, adding to the excitement.

Prospectors can find thousands of dollars in gold on a given day while others go bust - aligning mining with gambling - but then again that's what the stock market is all about also -- patterns, never forget reality is based on patterns of experience.

Fear of financial collapse has further enhanced gold's glitter, with prices soaring more than 300 percent the past decade, including 30 percent just in the last 12 months. And just as strong U.S. real estate prices a few years ago created a burgeoning ecosystem of entrepreneurs exploiting that bubble, gold's surge has led to a new crop of prospectors seeking gold and the business around gold. Gold is now about $1,209 an ounce, near the all-time high of $1,266 per ounce in June.

In the future gold prices will go up and down, but are a safe bet in the long run. Let's go to ...

Sumerian legends speak of ancient astronauts, the Anunnaki, who came to Earth to mine for gold, creating humans as slave labor. Maybe that happened and maybe it didn't. It is obvious that Earth was visited in the ancient past, as physical evidence around the planet verifies this as truth. Depicted in cave paintings, we find humanoids wearing space suits, among other more profound evidence to long to list in this blog. I see these visitors as humans from other timelines who came here, took what they needed, then left, never to return.

Our journey is more about the legendary quest to find Gold (metal or metaphoric) - which takes us, not just to the Middle East, but to Mesoamerican myths about El Dorado and The Lost City of Z ... but that's another story starring Brad Pitt as Z. 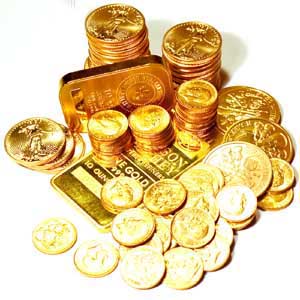 A gold coin is a coin made mostly or entirely of gold. Gold has been used for coins practically since the invention of coinage, originally because of gold's intrinsic value. In modern times, most gold coins are intended either to be sold to collectors, or to be used as bullion coinsŃcoins whose nominal value is irrelevant and which serve primarily as a method of investing in gold.

Gold has been used as money for many reasons. It is fungible, meaning that it can be traded easily, with a low spread between the prices to buy and sell. Gold is also easily transportable, as it has a high value to weight ratio, compared to other commodities, such as silver. Gold can be divided into smaller units, without destroying its value; it can also be melted into ingots, and re-coined. The density of gold is higher than most other metals, making it difficult to pass counterfeits. Gold is extremely un-reactive. The scarcity of gold stabilizes its value.

Egyptian Pharaohs began to commission gold tokens around 2,700 BC. These gold tokens, of variable purity, were used primarily as gifts, not for commerce.

Many centuries later, King Croesus, ruler of Lydia (560Đ546 BC), began issuing the first true gold coins, in about 643 to 630 with a standardized purity, for general circulation. They were quite crude, and were made of electrum, a naturally occurring pale yellow mixture of gold and silver. The composition of these first coins was similar to alluvial deposits found in the silt of the Pactolus river, which ran through the Lydian capital, Sardis. King Croesus' gold coins follow the first silver coins that had been minted by King Pheidon of Argos around 700 BC. Shortly afterwards, in 546 B.C., Croeseus was captured by the Persians, who adopted gold as the main metal for their coins.

The Ying yuan was another gold coin minted during this time by the Chinese in the 6th or 5th century BC. Larger units of monetary value and exchange such as the talent were the ancient equivalents of the modern 400-troy-ounce "good delivery" gold bullion bar.

Gold coins then had a very long period as a primary form of money, only falling into disuse in the early 20th century. Most of the world stopped making gold coins as currency by 1933, as countries switched from the gold standard due to hoarding during the worldwide economic crisis of the Great Depression. In the United States, 1933's Executive Order 6102 forbade the hoarding of gold and was followed by a devaluation of the dollar relative to gold, although the United States did not completely uncouple the dollar from the value of gold until 1971.

Gold-colored coins have made a comeback in many currencies. However, "gold coin" (in numismatic terminology) always refers to a coin that is (more or less) made of (real) gold, and does not include coins made of manganese brass or other alloys. Furthermore, many countries continue to make legal tender gold coins, but these are primarily meant for collectors and investment purposes and are not meant for circulation.

Coin collecting is the collecting or trading of coins or other forms of minted legal tender.

Numismatics is the study or collection of currency, including coins, tokens, paper money, and related objects.

Bullion Coin -- Precious metals in bulk form are known as bullion, and are traded on commodity markets.