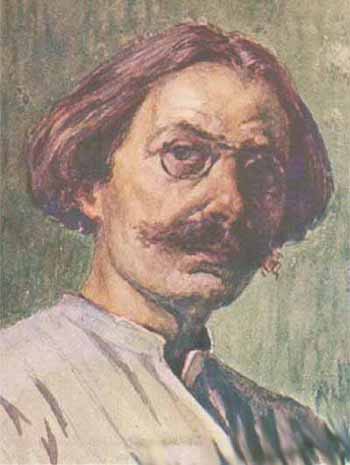 Fulcanelli (dates of birth and death unknown) is almost certainly a pseudonym assumed, in the late 19th century, by a French alchemist and esoteric author, whose identity is still debated. He is also called the Master Alchemist and sometimes the Last Alchemist, the latter because the heritage of medieval alchemic tradition seemed to have ceased with his disappearance.

The appeal of Fulcanelli as a cultural phenomenon is partly due to the mystery that surrounds most aspects of his life and works; one of the anecdotes pertaining to his life retells, in particular, how his most devoted pupil Eugene Canseliet performed a successful transmutation of 100 grams of lead into gold in a laboratory near Sarcelles with the use of a small quantity of the "Projection Powder" given to him by his teacher, in the presence of several eyewitnesses.

Very little has been established with any credence about Fulcanelli's origin or life. He was undoubtedly a Frenchman, widely and profoundly educated, and learned in the ways of alchemic lore, architecture, art, and languages.

To associate Fulcanelli with any exact dates or places, excepting the dates when his books were published, would be almost certainly to identify him with a man from his milieu and the illustrator of his books, Jean-Julien Champagne; and, while it is the single most plausible disambiguation of Fulcanelli's true identity, it is not without major flaws and should certainly not be accepted for an established fact.

Fulcanelli wrote two books that were later to be published, and disappeared in 1926, having left his magnum opus with Canseliet. One example of a fact which is difficult to reconcile with the Champagne theory is that Canseliet referred to Fulcanelli as being an eighty-year old man at the time he disappeared, while Champagne, born in 1877, would have only been fifty at the time.

Another is that in 1957, twenty-five years after Champagne's death from an excessive intake of absinthe, a new chapter (The Cyclic Cross at Hendaye) was added to the second edition of Fulcanelli's major book, The Mystery of the Cathedrals, undoubtedly written by the same man. It is unclear why Champagne would have concealed it while he was alive, or why it would have taken so long to have it published posthumously; or why Canseliet would keep denying that Fulcanelli and Champagne were the same man till his own death.

Other theories about Fulcanelli speculate that he was one or another famous French occultist of the time; a member of the former Royal Family (the Valois); another member of the FrŹres d'Heliopolis (Brotherhood of Heliopolis, a society centered around Fulcanelli which included Eugene Canseliet, Jean-Julien Champagne and Jules Boucher); etc. All of these theories are equally poorly grounded in actual fact.

It is believed that on the verge of World War II, the Abwehr was in active (but fruitless) pursuit of Fulcanelli because of his alleged knowledge of the technology of nuclear weapons.

Finally, according to Canseliet, his last encounter with Fulcanelli happened in 1954, when he went to Spain and there was taken to a castle high in the mountains for a rendezvous with his former master, now miraculously rejuvenated and looking Canseliet's age (about fifty). This particular account is of a highly ambiguous nature, leaving one to question its credibility. Read more ...


Fulcanelli is linked to the