Can men and women just be friends? 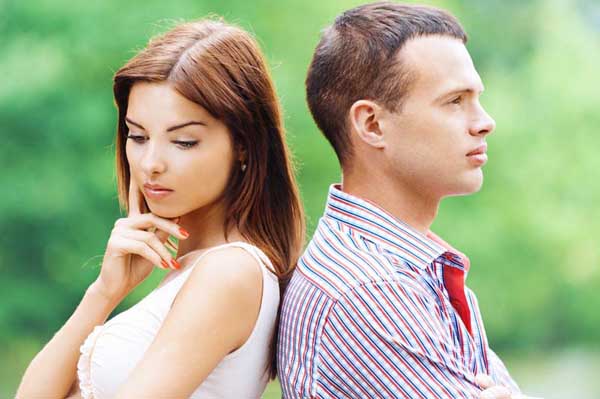 The age old story of whether a boy can be friends with a girl without wanting to have sex with her goes back to the beginning of time. If both people are attractive and the chemistry is right ... men are stirred ... as are woman. Women generally know when a male friend wants sex, but if they don't feel the same, ignore the situation as if oblivious to it, or just say she is flattered but not interested. I've been down that road many times in my life.

I would say that the average heterosexual male looks at women lustfully when they meet. It's about human conditioning, hormones and the fact that most boys and men think about sex all the time. Men and women who are not attracted - can have great friendships without sex ... though sometimes that suddenly changes. Friends with benefits can be fun if both people agree to the emotional needs of the arrangement.


Just Friends? Guys Reveal Sexual Interest in Gal Pals   Live Science - May 7, 2012
Can men and women be "just friends?" A new study suggests the answer is yes - but guys may be more attracted to their gal friends than vice versa. Men report more sexual interest in their female friends than their female friends do in them, and men are also more likely than women to overestimate how romantically interested their friends are in them.

In most cases, sexual attraction within a friendship is seen as more of a burden than a benefit, the study finds. "I think men and women do want to be friends, they do want to engage in platonic friendships," said study researcher April Bleske-Rechek, a psychologist at the University of Wisconsin, Eau Claire. "But the data I've been collecting suggests that attractions can get in the way."

Friendship is an interesting area to study because it doesn't have obvious reproductive advantages, Bleske-Rechek told LiveScience. Evolutionary psychologists often focus on sexual relationships and familial relationships, under the assumption that humans evolved to pass on their own genes to the next generation. But friends don't share genetic ties or offspring, and yet they still help each other out.

Bleske-Rechek and her colleagues were interested in how heterosexual, opposite-sex friends dealt with issues of sexual attraction that might come up in their friendships. First, they recruited 88 pairs of opposite-sex college-age friends to fill out questionnaires about their friendship. The researchers had pairs of friends come in so they could be sure that each member of the pair agreed that they were in a friendship, preventing one-sided relationships from muddying the waters.

The participants separately answered questions about their friendship, including their levels of attraction to one another. To discourage pressure to share the answers later, the researchers instructed the friends to keep their answers confidential, even after the study.

Men who were romantically involved were no less likely than single guys to say they found their female friend attractive or to say they'd like to go on a date with her. Women who were romantically involved were also equally as likely as single gals to be attracted to their male friends, but they drew the line at dating, with fewer women in relationships saying they'd date their guy friend.

The researchers next wanted to expand their findings outside the college student realm, so they sent questionnaires 107 young adults ages 18 to 23 and 322 adults between the ages of 27 and 55. In these questionnaires, participants were asked about their cross-sex friendships and were given the opportunity to list their own reasons why those friendships were both beneficial and burdensome.

Although older adults reported fewer opposite-sex friends than the younger group did, everyone was very positive about these friendships, ranking them as overwhelmingly beneficial. But when people listed attraction on the "costs and benefits" list, it almost always fell under a "cost." Almost half of the young adults in the study spontaneously mentioned attraction as a problem in their friendships, the researchers reported April 25 in the Journal of Social and Personal Relationships.

There was a slight sex difference to this finding, such that men were less likely to call sexual attraction to a friend a cost than women were, although they were still unlikely to see it as a positive.

"When it does come up as a benefit, it's more likely to be a guy saying it," Bleske-Rechek said.

The finding shouldn't be interpreted to mean that men and women can't be friends, Bleske-Rechek said, just that we may have to overcome our evolutionary history to do so. "It's very likely that the modern environment has changed so quickly that we've got these novel opportunities to engage in a variety of types of relationship with the opposite sex that we probably didn't, historically," she said. "It's going to take us a while to adjust."