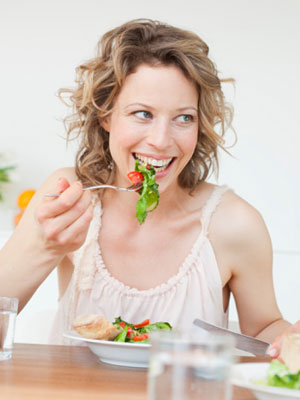 They say you are what you eat. So who and what are you? In the quest to heal, create balance, and achieve higher conscious awareness, people study nutrition for fun, as a career, and to become heathy in body, mind, and spirit. Eating styles reflect and affect who and what we are. They identify our approach to life.

Everywhere you look people are talking about food - from healthy eating to food preparation and more. Over at the Food Channel, where my daughter Nikki works in sales, food is big business - surpassing Reality Shows. In the quest to be healthy, people want to eat right for their body, age, blood type, weight, height, to help overcome emotional and physical problems - too look good is to feel good - and more. If you love whipping up healthy recipes and experiencing new ways to enjoy fresh and tasty foods, you are part of this growing food movement.

Are you a Foodie? The dictionary defines a foodie as "someone who has an ardent or refined interest in food." In previous decades, words like "epicure" or "gourmet" were used to apply to the same type of person. The words are out of favor now, and bring to mind stodgy, snobbish people who are only willing to consider a restaurant that has truffled pate on the menu. This is because good food was hard to get and expensive in years, decades and centuries past. People didn't have the resources to buy virtually anything they could want and often wouldn't have the means to cook it. Now, both times and terms have changed. Anyone can be a foodie. People who call themselves foodies represent a move away from TV dinners, fast food, and processed foods. The foodie movement's emphasis on fresh ingredients, preparation, and experimentation is a move toward healthier cooking and healthier foods.

To be a foodie is not only to like food, but to be interested in it. Just as a good student will have a thirst for knowledge, a foodie wants to learn about food. A foodie will never answer the question "What are you eating" with "I don't know." There are some basic traits of being a foodie, as there are basic traits that come with all labels. Generally, you have to know what you like, why you like it, recognize why some foods are better than others and want to have good tasting food all or certainly most of the time. This doesn't mean that you can't eat flaming hot Cheetos every now and again, but it does mean that you don't fool yourself into thinking that it's a nutritionally balanced meal. Do you have to know the difference between a beefsteak tomato and an heirloom tomato? No, but you might be interested to find out what it is. Do you have to only shop at farmer's markets? No, but you still look for good, fresh produce. Are there some foods you just don't like or weird foods you like? That's ok - it doesn't make you any less of a foodie. Just like food, learn about food and, most importantly, eat food.


Foodie is an informal term for a particular class of aficionado of food and drink. The word was coined in 1981 by Paul Levy and Ann Barr, who used it in the title of their 1984 book The Official Foodie Handbook. Although the two terms are sometimes used interchangeably, foodies differ from gourmets in that gourmets are epicures of refined taste, whereas foodies are amateurs who simply love food for consumption, study, preparation, and news. Gourmets simply want to eat the best food, whereas foodies want to learn everything about food, both the best and the ordinary, and about the science, industry, and personalities surrounding food.

Foodies are a distinct hobbyist group. Typical foodie interests and activities include the food industry, wineries and wine tasting, breweries and beer sampling, food science, following restaurant openings and closings and occasionally reopenings, food distribution, food fads, health and nutrition, cooking classes, culinary tourism, and restaurant management. A foodie might develop a particular interest in a specific item, such as the best egg cream or burrito. Many publications have food columns that cater to foodies.

Interest by foodies in the 1980s and 1990s gave rise to the Food Network and other specialized food programming, popular films and television shows about food such as Top Chef and Iron Chef, a renaissance in specialized cookbooks, specialized periodicals such as Gourmet Magazine and Cook's Illustrated, growing popularity of farmers' markets, food-oriented websites like Zagat's and Yelp, publishing and reading food blogs (for reasons unknown, a number of people photograph and post on the Internet every meal they ever make or consume), specialized kitchenware stores like Williams-Sonoma and Sur La Table, and the institution of the celebrity chef. There is also a growing market for culinary tourism, with tours led by operators such as Aspiring Adventures in Peru, and Zest Food Tours of New Zealand.