Ellie decides not to get the flu shot 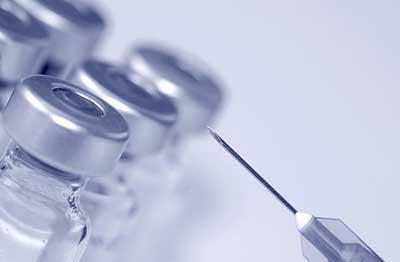 Everyone's talking about it ... based on their frame of reference. The conspiracy people have their theory about controlling the population, money that goes to the pharmaceutical industry and other things many of you still follow, but have never interested me ... true or false ... as there is nothing I can do about any of it.

Today I stopped at Walgreens. I was greeted by a large standing sign, as I entered the store, announcing they were giving flu shots. I looked over at about 8 people waiting in line, most texting or doing something with their cell phones to pass the time. Should I get the shot? I wondered.

This is what went through my mind ... The last time I had the flu was New Years Day 2000 - the new strains of flu totally different so I shouldn't be immune. Segue to December 7, 2012 ... When I returned home from California, I stopped to get my extra set of keys from my super Sal. He opened the door to his apartment and we talked about a minute or two as he handed me the keys. He looked sick so I inquired, Sal explaining that indeed he had fever and the flu, as I backed up into the hallway knowing I had been exposed. I forgot about Sal and decided that if I was to get sick, I would - thinking about having been exposed in all of the places I had just visited, yet alone the flight. Two weeks later a client, visiting from out of town, failed to tell me she had the flu and sneezed and coughed throughout her reading. Hand washing ... spraying with lysol ... does any of that matter ... I wondered at the time. It seems the incubation period for flu is 2 weeks and has passed since I was directly exposed, and who knows what has crossed my path since then. No time to sit around and worry.

To get to the point ... no I did not take the flu shot this morning in Walgreens and will wing it. You have to trust your instincts and decided what is best for you. One more thing ... I have never taken a flu shot. There are so many articles out there about the decision people make about it ... You decide ...

Why Don't People Get The Flu Shot?   Discovery - January 15, 2013
It's shaping up to be a bad flu season that is peaking early, sending large numbers of people to hospitals, and even killing healthy teenagers. Still, despite universal recommendations by public health officials urging just about everyone over the age of six months to get vaccinated, most Americans don't get the flu shot.