What Does Being Famous Mean Today? 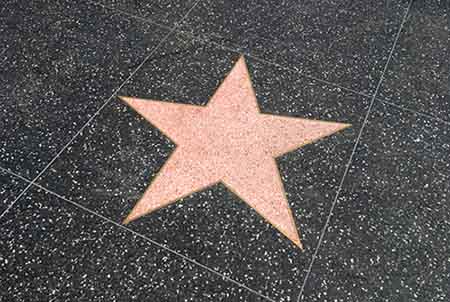 As with everything else that guides our destines, fame and all that goes with it, is a powerful force and motivator. Today one has many vehicles to put them in the public eye thanks to technology. YouTube, for one, has changed so much about bring people to the public.

There comes a point when most people experience the feeling of "I want to make a difference." It is used to be about their lives and others close to them, but as reality comes together, it is about making a difference of a global level.

It starts with changing and healing one's life to passing on those lessons to others. This has always been part of the human equation, with different ways of achieving one's goals. We look at being famous on an emotional, spiritual, and physical level.

History has also shown us that fame is fleeting and most people only have 15 minutes of fame based on time and timing ... then fade into the woodwork as another takes center stage.


Why Do You Want to Be Famous?   Scientific American - September 5, 2013
In 2012, a study found that a desire for fame solely for the sake of being famous was the most popular future goal among a group of 10-12 year olds, overshadowing hopes for financial success, achievement, and a sense of community. Which raises the question: Why do people want to be famous?

Intensity (e.g., "Very little matters to me apart from being famous")

Vulnerability (e.g., "I want to be famous because it would help me overcome issues I have about myself")

Drive (e.g., I work hard everyday to be famous)

Perceived Suitability (e.g., "I have got what it takes to be famous")

Altruistic (e.g., "I want to be famous so I can make a contribution to society")

The desire to be seen/valued (e.g., "Being on the cover of a magazine", "Being recognized in public")

The desire for an elite, high status lifestyle (e.g., "Having the ability to travel in first class and stay at exclusive resorts", "Living in a mansion or penthouse apartment")

The desire to use fame to help others or make them proud (e.g., "Being able to financially support family and friends", "Being a role model to others")

To look deeper into these motivations, the researchers also measured the frequency of fantasizing about fame, and the perceived realism of becoming famous. They found that narcissistic folks focused on the recognition and elite status that fame offers, and believed future fame to be more realistic. In contrast, those with a heightened need to belong were attracted to all aspects of fame, except for a perceived belief in the realism of fame. For these folks, the central aspect of fame was fantasizing about fame and the imagined social worth fame would provide, perhaps providing these folks with a soothing escape from personal anxieties about social exclusion. Nevertheless, it seems that both those scoring high in narcissism and a high need for belonging share a common need to be seen and valued on a large scale.

Those scoring high in relatedness tended to score lower in narcissism and only showed an interest in prosocial fame. Therefore, it seems itŐs important to distinguish between the need to belongĐ to feel positively and consistently connected to othersĐ and the need to relate. Research shows that people with a high need for relatedness are not anxious about social exclusion, have a greater sense of security with their immediate social network, and are more confident that they are valued by others. In turn, they tend to report a positive mood, vitality, and well-being.

Scientifically studying the appeal of fame, and the underlying motives, can be fruitful. For instance, consider the study I mentioned earlier that found that fame for the sake of fame was the greatest desire among a group of preadolescents. The researchers noted that preoccupations with peer acceptance, which is a natural preoccupation among that age group, might make the social recognition that comes with fame all the more appealing. Therefore, the intense desire for fame among preadolescents and teenagers can be put in a broader context, satisfying a fundamental human need.

There are also links to creativity. Marie Forgeard and Anne Mecklenburg conducted a large review of the role of motivation in creativity. While they found the importance of intrinsic (i.e., process-focused) and extrinsic (i.e., outcome-focused) motivation, they also argue for an overlooked motivator of creativity: prosocial motivation. Perhaps creativity researchers can join forces with researchers investigating the appeal of fame to see if there are common motivations that underlie both the desire to create and the desire for fame. For instance, perhaps famous people with a prosocial motivation produce creative work that has a distinct prosocial flavor to it.

Regardless, the current research certainly is fascinating, and suggests that the appeal of fame is rooted in basic human needs, and differences in the desire for fame are associated with the extent to which such needs are satisfied.