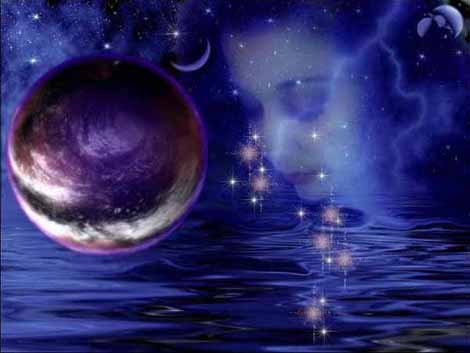 First came the nest (black hole) ... then the egg (soul spark) ... then the nest egg ... then the empty nest syndrome as souls flew away ... One of the biggest changes in Virgo Transition is sending children, or should I say young adults, off to: school, the military, jobs far away, to live their lives, whatever. Bye, bye birdie!

Unless dysfunctional, the average 18 year old wants to move forward and do something new with their life. Here come the challenges ... Those that don't, are challenged emotionally, intellectually which may have already manifested as physical problems, disabling them for years or the rest of their lives. If they have addictive patterns ---> legal problems could lie ahead. At 19 they have reached an age where mental illness surfaces and life can become a nightmare for all.

After children have flown the coop, they will spend the next 10 years or so, educating and finding themselves.

In the old days, when the karma for parents revolved around raising children and little else, once they moved on, parents experienced an empty 'nest' feeling.

Ah ... but times have changed. Everything has changed.

The parents I talk to, can't wait for their children to grow up so they can be free at last and create their own destinies.

Kid Karma complete - healthier in body, mind and soul than past generations, parents get busy and create choices. Some rekindle their marriages. Others divorce, or take lovers. Some start careers and businesses, go to school, inherit money and feel free to explore life, move forward with their healing and energy work, which in truth means finding out who they are and why they are here. The options can be endless and as with all things in life, revolve around money and the freedom it provides.

The days when parents raised children, then waited to be grandparents and take care of more children, are done for most parents.

There is no more empty nest syndrome, unless you have issues. It is, and has always been about, discovery and recovery ... and best of all realizing you can have fun and create your own reality.

You are not old at 50, 60, or 70, unless your emotions break down your body and you run out of life (force). You know this is your pattern if you develop serious illness such as autoimmune diseases - wounded soul, 'take care of me' stuff.

If your children are off to college at the end of this month, celebrate and go out and play. Don't expect them to call you every day, just let them grow and move on. Do not live your life entirely through your children, but find your way. Don't know how? You'll figure it out.


As Kids go to College, Empty Nest Syndrome for Parents Not so Bad After All

The parent-child relationship will change as parents learn to adapt to newly independent children, but a University of Missouri researcher has found few differences in the way mothers and fathers felt and that many of the changes were positive, despite the perception that mothers in particular fall apart and experience the "empty nest syndrome."

"As children age, direct caretaking and influence diminish, and children are often seen by their parents as peers with whom they are have continuing relationships," said Christine Proulx, assistant professor of human development and family studies in the College of Human Environmental Sciences. "Although our results suggest these patterns of change and continuity differ by parent and child gender, our analyses suggest important similarities among mothers and fathers within the same family."

In the study, parents were most concerned with firstborns' independence, time spent together and role patterns. Proulx found that fathers and mothers reported similar changes in parent-child relationships during their childrenŐs movement into young adulthood. Both fathers and mothers reported differences in independence/maturity of their children, closeness/openness in their relationships, contact/time spent together and changes in role patterns.

Parents reported relating more like peers and having more adult-like interactions with their young adult children than in prior years. Other parents reported acting more like mentors and giving advice to their children rather than demands. Some of the things that remained the same in the parent-child relationships were parents providing financial assistance and continuing to be mentors. Few parents reported changes in emotional support to their children. "The analysis suggests that mothers and fathers in the same families in our study rarely reported divergent experiences with their young adult sons and daughters," Proulx said. "Overwhelmingly, the examination of mothers' and fathers' responses revealed similarities in their experiences as parents to their young adult children."

The researchers interviewed 142 sets of parents with firstborn young adult sons and daughters. The study was published in the Journal of Family Issues.