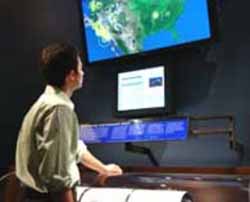 Monday evening ... I told my friend George that earthquake activity is going to heat up again .... followed by a 6.9 in Japan and now this.


Tuesday morning ... I dreamed about the details of my two morning clients. Later that day ... The details of the dream were spot on - from names, places, facts, etc. It's all about consciousness and time (grid) travel.


Later Tuesday morning ... I was explaining to one of the clients mentioned above that the Mid Atlantic Ridge is moving. This was the time of the earthquake, though it was not felt in my area. It all took place just east of here, but close to where my clients live.

Tuesday morning an earthquake struck Long Island, leaving residents shaken and surprised. Reports ranged from hearing a low rumble to windows rattling and watching furniture and picture frames wobbled in their place. Many Long Island residents were confused by the experience, stating they expected earthquakes to occur in California, but never in the New York area. A geophysicist at the U.S. Geological Survey says the earthquake's epicenter was located in the Atlantic Ocean. The tremor occurred about 80 miles away from Southampton at a depth of over four miles below the Atlantic Ocean's surface.

Long Island Police Sgt. Andrew Ficurilli felt his police station shake for a few seconds. Afterwards, the phones begin to ring as residents started calling in to the station, wondering what had happened. The tremors were felt as far away as Connecticut, Rhode Island and Massachusetts. Radio stations across the New York area reported the earthquake. Meanwhile, Long Island residents logged in to social networking sites like Twitter and Facebook to discuss their experiences.

Art Lerner-Lam, a seismologist at Columbia University's Lanont-Doherty Earth Observatory states the earthquake is not unusual. "This area has been popping off pretty consistently, and this earthquake really comes as no surprise to those of us monitoring. Across the New York metropolitan area, and in fact throughout the northeast, earthquakes continue to occur." Experts report five earthquakes in the same area in the past 20 years, including a 4.7 magnitude quake in 1992


Largest Quake in 18 Years Hits NYC Region   Live Science - December 1, 2010
A magnitude-3.9 earthquake rattled the New York City region Tuesday (Nov. 30), rocking into the history books as the biggest temblor to hit the area in 18 years, according to WNYC. The earthquake occurred at about 10:45 a.m. EST in the Atlantic Ocean some 82 miles (131 kilometers) south-southeast of Westhampton, NY, according to Columbia University's Lamont-Doherty Earth Observatory (LDEO). Earthquakes east of the Rocky Mountains, although less frequent than in the West, are typically felt over a much broader region, according to the U.S. Geological Survey. Tuesday's quake caused no damage and didn't hurt anyone, with the U.S. Coast Guard saying there was no threat of a tsunami, according to WNYC.