The Book and the Device 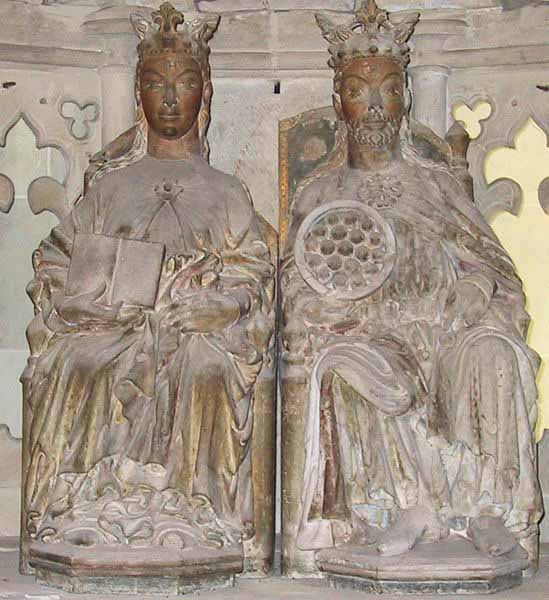 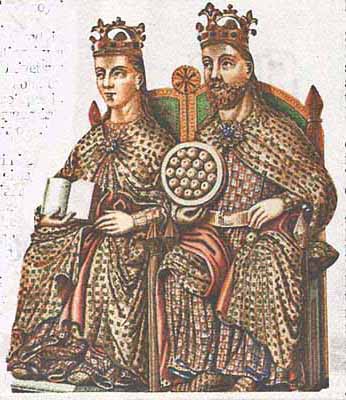 She holds the book (bible most likely) and he holds a device (?) that has 6 around 1 and 12 around 1. Eadgyth (Edith) was a 10th-century noblewoman who has been compared to Princess Diana. She reportedly was a beautiful English princess who married one of Europe's most powerful monarchs and dazzled subjects with her charity and charm. Now the scientists have found proof of her identity. Her bones are the oldest surviving remains of an English royal burial. 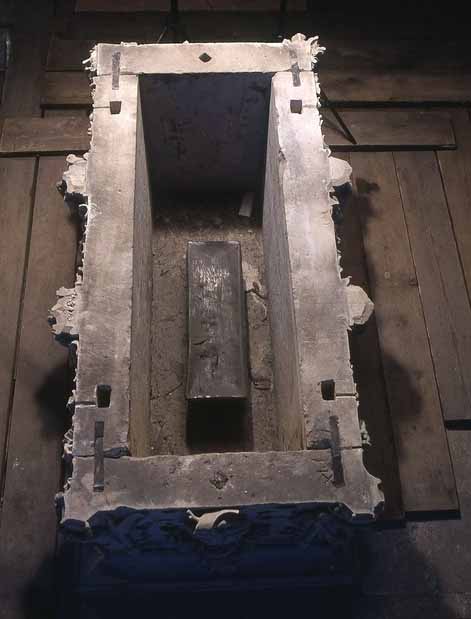 The box contained partial skeletal remains along with textile material and organic residues. However, as medieval bones were moved frequently and often mixed up, the archaeologists needed to conduct a number of scientific tests to determine whether the remains were, indeed, those of Eadgyth.

Identifying Eadgyth   PhysOrg - November 26, 2010
When German archaeologists discovered bones in the tomb of Queen Eadgyth in Magdeburg Cathedral, they looked to Bristol to provide the crucial scientific evidence that the remains were indeed those of the English royal. Dr. Alistair Pike in the Department of Archaeology and Anthropology tells Hannah Johnson how tiny samples of tooth enamel proved the identity of a Saxon queen.