Genetics and Your Personality 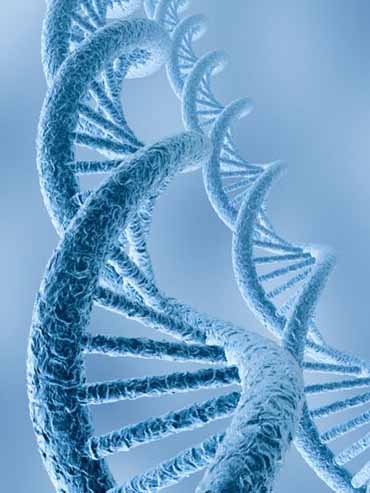 Your DNA contains the codes for everything important that do in your experiences in physical. Simply put, you are your DNA linking above with below and allowing you to evolve in linear time. Your DNA is equivalent to time capsules - each bead signifying the next step on the ladder as you move (return) upwards to the source of light from which you came. Currently in the news we find two articles about DNA research and personality.


Flying High: Researchers Decipher Manic Gene   Science Daily - September 1, 2012
Flying high, or down in the dumps - individuals suffering from bipolar disorder alternate between depressive and manic episodes. Research from the University of Bonn and the Central Institute of Mental Health in Mannheim have now discovered, based on patient data and animal models, how the NCAN gene results in the manic symptoms of bipolar disorder.

Individuals with bipolar disorder are on an emotional roller coaster. During depressive phases, they suffer from depression, diminished drive and often, also from suicidal thoughts. The manic episodes, however, are characterized by restlessness, euphoria, and delusions of grandeur. The genesis of this disease probably has both hereditary components as well as psychosocial environmental factors. The NCAN gene plays a major part in how manias manifest.


Want to be happy? Ladies, it's in your genes   MSNBC - September 1, 2012
The "warrior gene" in men might be the "happiness gene" for women. A new study found that a low-expression form of the gene monoamine oxidase A (MAOA) seems to give women good feelings, but it doesn't have the same effect in guys. In fact, it's the same gene type that has been linked to aggression in men.

"This is the first happiness gene for women," lead author Henian Chen, of the University of South Florida, said in a statement. MAOA controls the activity of an enzyme that breaks down serotonin, dopamine and other feel-good brain chemicals. The low-expression version MAOA leads to higher levels of monoamine, which, in turn, allows larger amounts of these neurotransmitters to stay in the brain and boost mood.

The study, which appears in the journal Progress in Neuro-Psychopharmacology & Biological Psychiatry, controlled for various factors, including age, education and income. "I was surprised by the result, because low expression of MAOA has been related to some negative outcomes like alcoholism, aggressiveness and antisocial behavior," Chen said in a statement. "It's even called the warrior gene by some scientists, but, at least for women, our study points to a brighter side of this gene." Chen and his team speculated that testosterone might be to blame for this genetic gender gap, saying the hormone might mitigate the positive effects of MAOA in men.