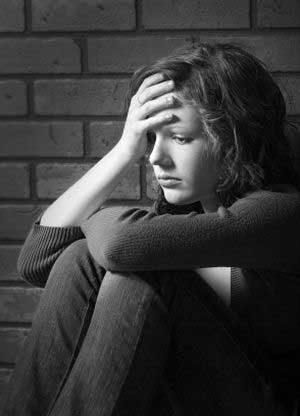 What is self awareness about? Finding out what's wrong with emotionally to fix the physical body, so our lives can move forward in a balanced way. Depression is a global epidemic with professionals telling me that at least half of the patients are on some sort of medication for emotional problems. Vitamin and other supplements and organic and other holistic methods are also being sought after as a means to avoid medication and substance abuse.

It all starts .... well it all starts before when are born and can be easily figures out by tracing one's genetic code ... the source of all personality disorders that create the dramas we experience in life. When brain chemistry is balanced, so too are the experiences we attract.

Sadly depression is a lifetime genetic illness but one discover and develop ways to cope. It would seem the older people get, the more help they seek as mental illness burns the soul out and causes all sorts of dramas and physical ailments.

For the teens reading this - just look at the emotional genetic codes of your parents - then go from there.

Most anything can set a teen off - their moods generally linked to hormones, the onset of genetic emotional problems, family issues, abuse, bullying, and endless other factors. It begins in early teens and by 19 generally becomes full blown, and in extreme cases results in psychosis.

Having a blood test that helps diagnose, then treat depression, is a major breakthrough. It can help a teen understand their issues and not take the road of substance abuse.

The depressed student can't focus on school work and may also have learning challenges. When struggling with any myriad of lifešs challenges such as stress, anxiety, depression, addiction, ADHD and trauma - we can feel pretty isolated and alone. Stories hurl through our minds saying "I'm not good enough," "Nobody understands me," or "Nothingšs going to change." What's interesting is that the net result of these emotions heightens depression and other personality disorders. Get help.

"Right now depression is treated with a blunt instrument," said Eva Redei, a professor of psychiatry and behavioral sciences at Northwestern University Feinberg School of Medicine and lead investigator of the study, published in Translational Psychiatry. "It's like treating type 1 diabetes and type 2 diabetes exactly the same way. We need to do better for these kids."

"This is the first significant step for us to understand which treatment will be most effective for an individual patient," added Redei, also the David Lawrence Stein Professor of Psychiatric Diseases Affecting Children and Adolescents. "Without an objective diagnosis, it's very difficult to make that assessment. The early diagnosis and specific classification of early major depression could lead to a larger repertoire of more effective treatments and enhanced individualized care."

The estimated rates of major depressive disorder jump from 2 to 4 percent in pre-adolescent children to 10 to 20 percent by late adolescence. Early onset of major depression in teens has a poorer prognosis than when it starts in adulthood. Untreated teens with this disease experience increases in substance abuse, social maladjustment, physical illness and suicide. Their normal development is derailed, and the disease persists into adulthood.

The depressed teens in the study were patients of Kathleen Pajer, M.D., a co-first author of the study, and her colleagues from the Research Institute of Nationwide Children's Hospital in Columbus, Ohio. Pajer is now head of Dalhousie University's division of child and adolescent psychiatry in Nova Scotia, Canada.

The study subjects included 14 adolescents with major depression who had not been clinically treated and 14 non-depressed adolescents, all between 15 to 19 years old. The depressed and control subjects were matched by sex and race.

Redei's lab tested the adolescents' blood for 26 genetic blood markers she had identified in previous research. She discovered 11 of the markers were able to differentiate between depressed and non-depressed adolescents. In addition, 18 of the 26 markers distinguished between patients that had only major depression and those who had major depression combined with anxiety disorder.

The blood analysis was done by Brian Andrus from Redei's lab, the other co-first author of the study, who was blind to the diagnoses of the subjects.

"These 11 genes are probably the tip of the iceberg because depression is a complex illness," Redei said. "But it's an entree into a much bigger phenomenon that has to be explored. It clearly indicates we can diagnose from blood and create a blood diagnosis test for depression."

Further indicating the challenge in working with depressed adolescents, none of the teens who were diagnosed with depression opted for treatment.

"Everybody, including parents, are wary of treatment, and there remains a social stigma around depression, which in the peer-pressured world of teenagers is even more devastating," Redei said. "Once you can objectively diagnose depression as you would hypertension or diabetes, the stigma will likely disappear."