Danger In the Classroom? Let Me Count the Ways 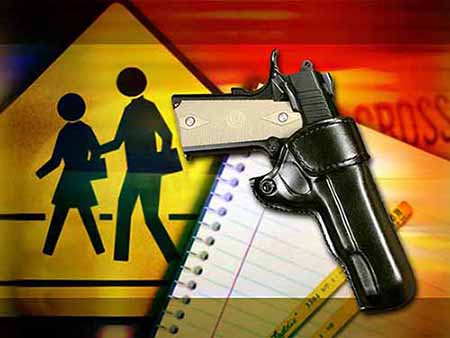 One could say I have been an educator most of my life. As a child, the neighborhood children were all a few years younger, so I became their teacher, thus setting up the pattern for the rest of my life.

By age 20, I graduated college going on to teach elementary school in a ghetto area of Brooklyn where it was not uncommon to find a dead body in the basement of the school on Monday morning.

Four years later I retired from the system for 17 years to raise a family, only to return to the classroom when my 3 daughters were grown, this time as a High School teacher who could see what had transpired in eduction through the decades.

One year as a full-time teacher, harassed by students, parents, and administration who were all frustrated by life - I left to become a substitute High School teacher where I finally found my niche.

I have seen the rise of charter schools, private schools, and home schooling, by frustrated parents and teachers who are dedicated to helping students learn. It's never easy.

Each year the education system changes along with society and technology. But one thing that has escalated is the insanity faced by teachers - as well as students and administration - in and out of the classroom.

On many levels most school systems need to be totally deleted and rebooted, much like our political and economic systems, to meet the needs of students from year to year.

With ongoing budget cuts in public education, many teachers across America worry that their jobs are in danger. But a new report suggests that these teachers might also consider whether their jobs are dangerous. Most teachers want out of the classroom into something specialized or just out of the system which is scary to say the least. Do think only students get bullied? Teachers and faculty do as well. Bullies are born with emotional problems, are generally raised in abusive environments, and are not equipped for what lies ahead.

So what are teachers most afraid of? The answer is simple ... violence from crazy students that seems to be a rowing trend.


Violence against teachers is a more widespread problem than previously thought. And, though the recent Newtown, Conn., school shooting proves that teachers can be the victims of violence from outside their schools, often, the danger lurks within the educators' own classrooms.

National surveys of K-12 teachers suggest that up to 80 percent of teachers had been victimized by students in the then-current or prior year. The most common offense against teachers is reportedly theft or property damage, followed by harassment. And 44 percent of teachers who reported victimization did so after physical attacks by students.

"Violence directed against teachers is a national crisis with far-reaching implications and deserves inclusion in the school-violence equation," said Dorothy Espelage, professor of psychology at the University of Illinois at Urbana-Champaign, the lead author of the article.

The APA suggests implementing state-by-state consistency in the licensure requirements for teachers, which would require educators to master classroom-management skills before being licensed to teach. "Because professional training typically does not prepare teachers to deal with violence at school, most lack the skills to prevent challenging behavior from occurring and to respond effectively when it does occur," said Espelage.

The APA also emphasizes the role of professional psychologists in preventing violence against teachers. Psychologists can help by implementing early intervention and treatment strategies for students who are displaying behavioral and academic problems.