Loss of Control and Precognitive Beliefs 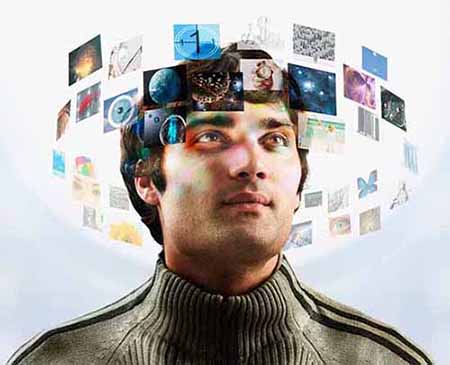 When humans feel out of control, and answers cannot be found, they instinctively search for explanations and truth beyond physical reality. They call it "higher consciousness".

As with the image above, your mind is watching streaming events within the consciousness grids, selecting where to interact based on its programming. Endless images bombard the mind as it learns to select and decode experiences in various realities of illusion (simultaneous interactive thought simulations).

As a psychic I would agree with many of the conclusions in the article posted below, not all. People who suffer from confusion and fear often have a psychic reading for guidance and reassurance about their next step and hopefully to find comfort in what lies ahead. Many clients already know their answers making the session part therapy and part prediction. Psychic readings in 2013 are not what they were in the past, the flow of information mirroring the changes in consciousness from year to year.

Feeling loss of control of one's life can only result in the emotional body setting up the physical body to find a way out - or a new direction - depending on the responsibility level of the person. For many its about "crash and burn" when life becomes overwhelming. As always, it all goes to consciousness and the patterns of human programming within the simulation of our reality since the beginning of "Time".

As you know, everyone has some degree of psychic abilities, or connections to the grids, where all of our interwoven stories exist. If you can't trust the messages in waking consciousness, then they will come in dreams or synchronicities ... but they are there and show you how the games of reality are played. The easiest example is the unemployed person who has searched for a job for months, used up their assets, then suddenly attracts a job as the money runs out. The rationale behind this ... knowingly or unaware ... the person was in burn-out and needed time to find themselves. It's all science and math - binary code.

When doing a reading, a psychic always has to look at the underlying causes behind the person's behavior and weigh that client's emotions versus their future in physical consciousness. Psychics cannot fix problems ... they predict based on timelines. As we know ... people won't follow new timelines until their programming dictates change. The rational mind may say, "Stop the dysfunctional behavior." Doctors, therapists, psychics may predict the future outcome on a given path, but in the end, you and I and everyone else are all part of a controlled experiment to study emotions in linear time. More than any emotion, even love, fear rules and creates change, or at least prepares souls for change. It's our changing environment and society that allow us to foresee that change is inevitable and that many people fear it.


Loss of Control Increases Belief in Precognition and Belief in Precognition Increases Control   Plos One - August 13, 2013
Every year thousands of dollars are spent on psychics who claim to know the future. The present research questions why, despite no evidence that humans are able to psychically predict the future, do people persist in holding irrational beliefs about precognition? We argue that believing the future is predictable increases one's own perceived ability to exert control over future events. As a result, belief in precognition should be particularly strong when people most desire control-that is, when they lack it.

The human mind is predisposed toward prediction. We are constantly driven to look forward, envisage the future, and infer what will happen. These cognitive mechanisms serve important functions in enabling survival and reproductive advantage, and also act to reduce psychological uncertainty about the future. Our natural orientation towards prediction can sometimes manifest in extreme ways, with some people going so far as to postulate that humans may have developed an ability to predict the future. The multi-million dollar industry of psychic readings, clairvoyance, and astrology testifies to people's fascination with this idea. One in four Americans believes in precognition . Even the attention of the scientific community has been captured by recent claims that precognition exists. It seems strange considering humans are more scientifically and intellectually advanced than ever before, that irrational beliefs about precognition can persist and be maintained. The present research seeks to explain this phenomenon.