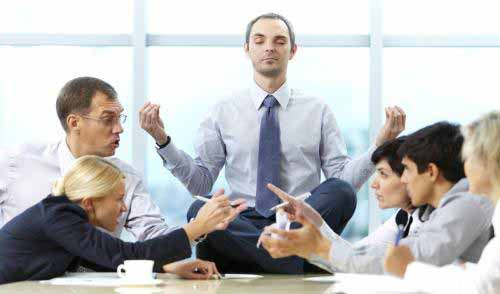 Empathy is the capacity to recognize feelings that are being experienced by another sentient or semi-sentient (in fiction writing) being. Someone may need to have a certain amount of empathy before they are able to feel compassion. The English word was coined in 1909 by E.B. Titchener as an attempt to translate the German word "Einfuhlungsvermogen", a new phenomenon explored at the end of 19th century mainly by Theodor Lipps. It was later re-translated into the German language (Germanized) as "Empathie", and is still in use there.

Since empathy involves understanding the emotional states of other people, the way it is characterized is derivative of the way emotions themselves are characterized. If, for example, emotions are taken to be centrally characterized by bodily feelings, then grasping the bodily feelings of another will be central to empathy. On the other hand, if emotions are more centrally characterized by a combination of beliefs and desires, then grasping these beliefs and desires will be more essential to empathy. The ability to imagine oneself as another person is a sophisticated imaginative process. However, the basic capacity to recognize emotions is probably innate and may be achieved unconsciously. Yet it can be trained and achieved with various degrees of intensity or accuracy.

The human capacity to recognize the bodily feelings of another is related to one's imitative capacities and seems to be grounded in the innate capacity to associate the bodily movements and facial expressions one sees in another with the proprioceptive feelings of producing those corresponding movements or expressions oneself. Humans seem to make the same immediate connection between the tone of voice and other vocal expressions and inner feeling.


Part of being psychic is to tap into the thoughts and emotions of your client. This creates a grid connection for both wherein energies are exchanged. I have always felt that to truly understand anyone is to see the world through their eyes and emotions - and the way their brain processes experiences.

For the healer this empathic grid connection creates a stream of intertwined energies where balance or healing can occur if the person they are working on is emotionally ready. All healing is about readiness. When the person is ready, the healer will appear.

To meditate is to relax the chatter/chaos in one's mind, seek balance, and in so doing open the emotional body to positive energies and emotions. For some this comes easy, for others it takes practice, but if the mind is willing, the emotions will follow.

I have found that people seek compassion in their lives as they do love. Souls are burned out needing compassion and caring more than romantic love which is often filled with drama. Compassion is a gentle soothing - an understanding that connects one human to another in a positive way. Using meditation as a goal towards being more empathic with others, is an excellent way to go.


Compassion meditation may boost neural basis of empathy, study finds   PhysOrg - October 4, 2012
A compassion-based meditation program can significantly improve a person's ability to read the facial expressions of others, finds a study published by Social Cognitive and Affective Neuroscience. This boost in empathic accuracy was detected through both behavioral testing of the study participants and through functional magnetic resonance imaging (fMRI) scans of their brain activity.

"It's an intriguing result, suggesting that a behavioral intervention could enhance a key aspect of empathy," says lead author Jennifer Mascaro, a post-doctoral fellow in anthropology at Emory University. "Previous research has shown that both children and adults who are better at reading the emotional expressions of others have better relationships."

The meditation protocol, known as Cognitively-Based Compassion Training, or CBCT, was developed at Emory by study co-author Lobsang Tenzin Negi, director of the Emory-Tibet Partnership. Although derived from ancient Tibetan Buddhist practices, the CBCT program is secular in content and presentation.

The research team also included senior author Charles Raison, formerly a psychiatrist at Emory's School of Medicine and currently at the University of Arizona, and Emory anthropologist James Rilling.

When most people think of meditation, they think of a style known as "mindfulness," in which practitioners seek to improve their ability to concentrate and to be non-judgmentally aware of their thoughts and feelings. While CBCT includes these mindfulness elements, the practice focuses more specifically on training people to analyze and reinterpret their relationships with others.

"The idea is that the feelings we have about people can be trained in optimal ways," Negi explains. "CBCT aims to condition one's mind to recognize how we are all inter-dependent, and that everybody desires to be happy and free from suffering at a deep level." Study participants were healthy adults without prior meditation experience.

Thirteen participants randomized to CBCT meditation completed regular weekly training sessions and at-home practice for eight weeks. Eight randomized control subjects did not meditate, but instead completed health discussion classes that covered mind-body subjects like the effects of exercise and stress on well-being.

To test empathic accuracy before and following CBCT, all participants received fMRI brain scans while completing a modified version of the Reading the Mind in the Eyes Test (RMET). The RMET consists of black-and-white photographs that show just the eye region of people making various expressions. Those being tested must judge what the person in the photograph is thinking or feeling.

Eight out of the 13 participants in the CBCT meditation group improved their RMET scores by an average of 4.6 percent, while the control participants showed no increase, and in the majority of cases, a decrease in correct answers for the RMET.

The meditators, in comparison to those in the control group, also had significant increases in neural activity in areas of the brain important for empathy, including the inferior frontal gyrus and dorsomedial prefrontal cortex.

These changes in brain activity accounted for changes in the empathic accuracy scores of the participants. "These findings raise the intriguing possibility that CBCT may have enhanced empathic abilities by increasing activity in parts of the brain that are of central importance for our ability to recognize the emotional states of others," Raison says.

"An important next step will be to evaluate the effects of CBCT on diverse populations that may particularly benefit from enhanced empathic accuracy, such as those suffering from high-functioning autism or severe depression." Findings from the current study add to a growing database indicating that the CBCT style of meditation may have physical and emotional effects relevant to health and well-being. For example, previous research at Emory found that practicing CBCT reduced emotional distress and enhanced physical resilience in response to stress in both healthy young adults and in high-risk adolescents in foster care.