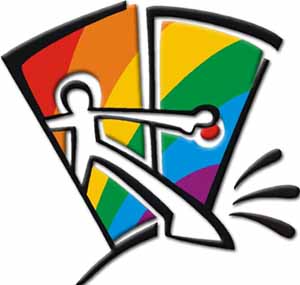 From what I understand from gay friends and clients, most young gay people today know they are attracted to those of the same sex when they are young. In the teen years, many have heterosexual as well as homosexual experiences before deciding their sexual orientation, some concluding it doesn't matter - it's more about the other individual - thus making them bi-sexual.

For the gay teenager, telling their family they are gay seems to be the most difficult thing to do, some waiting years to breech the subject, while other just explain and hope they will not be rejected. In many cases, other family members figured it out before they did.

People come out at different ages and for different reason. One of the most common is not wanting to live a lie - to live in one's own truth, which is all part of self help and self awareness in today's changing world - where loving one's self is the basis of acceptance, growth and love.


National Coming Out Day is an internationally observed civil awareness day for coming out and discussion about gay, lesbian, bisexual, asexual and transgender (LGBT) issues. It is observed by members of the LGBT communities and their supporters (often referred to as "allies") on October 11 every year.

Today across American college campuses, lesbian, gay, bisexual and transgendered students will be celebrating National Coming Out Day, an internationally observed civil awareness day for coming out and other issues impacting the LGBT community. Since its inception, NCOD has been a day of celebration, giving those who participate a sense of solidarity and pride.

On September 22, 2010 Tyler Clementi, an 18-year-old freshman at Rutgers University in New Jersey, jumped from the George Washington Bridge in an apparent suicide . This occurred after his sexual encounter with a man in his dorm room was allegedly video streamed over the internet without Clementi's knowledge, by his roommate Dharun Ravi and a fellow hallmate Molly Wei.

While it has not yet been determined if Ravi's actions were motivated by Clementi's sexuality, the case has been considered illustrative of suicides among LGBT youth relating to gay bullying or harassment. The Gay, Lesbian and Straight Education Network stated "there has been heightened media attention surrounding the suicides in New Jersey, Texas, California, Indiana, and Minnesota." Notably, in the same month, Asher Brown, 13, Billy Lucas, 15, and Seth Walsh, 13, committed suicide, in each case allegedly due to being taunted about their homosexuality.


Bridges ... of Time and Understanding

Trenton is a one hour drive south of here. Faster than a speeding bullet, the story of Tyler Clementi rippled north along the New Jersey Turnpike ... over the bridges that lead to Brooklyn and my home at the foot of the Verrazano Bridge - or continued north to the George Washington Bridge (the scene of the tragedy) crossing the bridges of the Internet and becoming viral on YouTube.

As a therapist and a psychic, I know the teenage years are a crazy time - especially ages 19-20 when mentally illness takes hold - often disabling children whether in college or not. Teens of today, as in past generations, have their share of issues, but are coming to understand it all comes from their genetic codes and social conditioning. Their lives will not be like the people who raised them, who they try so desperately to please. In an evolving reality, their answers will only come from the changes that are taking hold across the world - physical, emotional, and especially spiritual. It's all going somewhere.

My heart goes out to other gay teens and the abuses they face. In all, things seems to be changing, but like prejudice against all minorities, it will take till the end of the program to reach understanding and acceptance that all of life is nothing more than experience set in place by our genetic codes before we arrive on the shores of physical reality.

Life, as you know, is never easy. There appears to be challenges along the way with most things. We learn to cope and adapt as human consciousness moves forward into higher light.