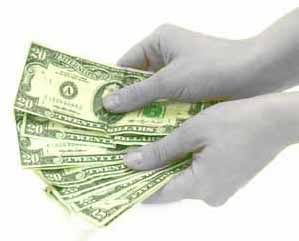 This is a true story as told to me by a client.

Once upon a time in sunny California, a teenage boy and teenage girl made a baby girl. That's nothing new.

As life would have it, the parents of the baby separated a short time later. That came as no surprise.

The boy had no money to pay child support, so he never did.

As an adult, he disappeared and somehow avoided paying child support ... until now.

The man started collecting social security in 2010. Surprise ... the owed child support is now being deducted from his social security check and sent to the mother. It's not much, but it helps as she has had a rough life.

You can run, but you can't hide.

In today's world, it is much easier to find dead beat fathers. Some can't afford to pay, while others still chose not to. The money mounts up in time, and things move in and out of court. Some father's wind up in jail.

The man feels he is getting screwed.

The woman knew she had been screwed.

The moral of the story - if you don't want to get screwed, use a condom.