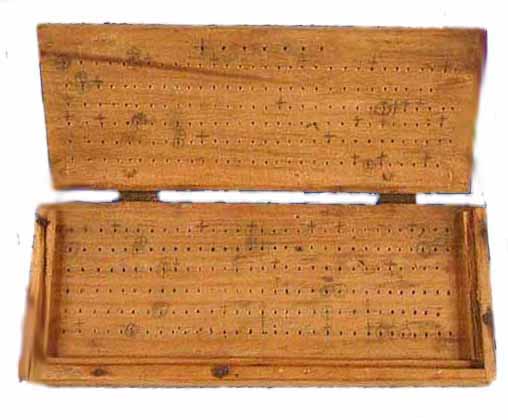 No North American Indian tribe had a true calendar--a single integrated system of denoting days and longer periods of time. Usually, intervals of time were counted independently of one another.

The day was a basic unit recognized by all tribes, but there is no record of aboriginal names for days. A common device for keeping track of days was a bundle of sticks of known number, from which one was extracted for every day that passed, until the bundle was exhausted. Longer periods of time were usually counted by moons, which began with the New Moon, or conjunction of the Sun and Moon.

Years were divided into four seasons, occasionally five, and when counted were usually designated by one of the seasons; e.g., a North American Indian might say that a certain event had happened 10 winters ago.

Among sedentary agricultural tribes, the cycle of the seasons was of great ritual importance, but the time of the beginning of the year varied. Some observed it about the time of the vernal equinox, others in the fall.

The Hopi tribe of northern Arizona held a new-fire ceremony in November. The Creek ceremony, known as the "Busk," was held late in July or in August, but it is said that each Creek town or settlement set its own date for the celebration.

As years were determined by seasons and not by a fixed number of days, the correlation of moons and years was also approximate and not a function of a daily count. Most tribes reckoned 12 moons to a year. Some northern tribes, notably those of New England, and the Cree tribes, counted 13.

The Indians of the northwest coast divided their years into two parts, counting six moons to each part, and the Kiowa split one of their 12 moons between two unequal seasons, beginning their year with a Full Moon.

The naming of moons is perhaps the first step in transforming them into months. The Zuni Indians of New Mexico named the first six moons of the year, referring to the remainder by color designations associated with the four cardinal (horizontal) directions, and the zenith and the nadir. Only a few Indian tribes attempted a more precise correlation of moons and years.

The Creeks are said to have added a moon between each pair of years, and the Haida from time to time inserted a "between moon" in the division of their year into two parts. It is said that an unspecified tribe of the Sioux or the Ojibwa (Chippewa) made a practice of adding a "lost moon" when 30 moons had waned.

A tally of years following an important event was sometimes kept on a notched stick. The best known record commemorates the spectacular meteoric shower (the Leonids) of 1833.

Some northern tribes recorded series of events by pictographs, and one such record, said to have been originally painted on a buffalo robe and known as the "Lone-dog Winter Count," covers a period of 71 years beginning with 1800.

Early explorers had little opportunity to learn about the calendrical devices of the Indians, which were probably held sacred and secret. Contact with Europeans and their Christian calendar doubtless altered many aboriginal practices. Thus, present knowledge of the systems used in the past may not reflect their true complexity.