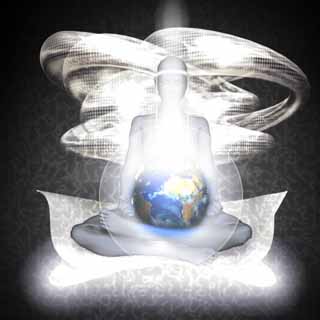 If you really want to practice being a psychic and tuning your brain to higher frequency, the easiest ways to do it is meditation and classes that teach psychic development either in your area or online.

No need to call a psychic hotline -- we're naturally clairvoyant as human beings. With one of the first studies of its kind, researchers at Washington University say they are unlocking the process our brain uses to make these everyday near-future predictions. But hold on stockbrokers, Wall Street analysts and crystal ball readers: The study also discovered why we may not be as good at predicting events down the road.

Itšs about what Jeffrey Zacks, associate professor of psychology at Washington University and lead study author calls our "stream of consciousness." When his team focused on the mid-brain dopamine system, an evolutionary ancient system that signals the rest of the brain to predict events, they also found the brain encodes prediction error when we are forced to choose what happens next. Thatšs why wešre sometimes wrong.

"I can predict the future, and so can you," says Zacks, "and it's not extrasensory perception. It's just using the information in front of us to predict what's happening all the time. It's so ubiquitous that we donšt even notice. But from time to time, we mess up, and what wešve found here is that messing up corresponds to a fundamental element in our stream of consciousness."

However, not everyone has a good stream of consciousness, and that's what happens to people who are aging, or suffering from early-stage Alzheimeršs disease, neurological diseases or brain injuries. Scientists believe they can use this information about how we segment events to figure out how to treat people who have trouble making these connections.

Predicting the near future is an important part of guiding behavior, language processing and learning, says Zacks, whose research will be published in the December edition of the Journal of Cognitive Neuroscience.

Zacks and other researchers asked a group of healthy, young volunteers to watch movies of everyday events such as someone washing a car and doing laundry. The volunteers were asked to predict what would happen next when the movie was stopped. When it was stopped in the middle of a scene, participants were more than 90 percent correct in predicting what would happen next. But when shown a completely new scene and asked to predict what would happen in the next five seconds, they were less than 80 percent correct, and much less confident in predicting the outcome.

Researchers then used MRI exams to watch midbrain activity, and discovered the brain responses "really light up at hard times, like crossing the event boundary and when the subjects were told they had made the wrong choice," Zacks says.

"A big chunk of the brain is devoted to figuring out what is going to happen next," he says. "These studies show that mechanisms operate when we understand everyday activities. The parts of the brain that are specialized for tracking predictions are on the job, and they tell us when a meaningful event has ended and a new one has started. When they go south, it has consequences for understanding and memory."