Happiness Is the Key to Longer Life


Experiences has taught us that people with mental illness and substance abuse issues generally suffer from anxiety and depression which burns them out and leads to death. Obviously if your life is balanced and happy you're going to live longer although at the end of the day it all goes to your programming

Everything about physical reality has to do with chaos and challenges - distraction and healing as that is the algorithm that creates our experiences. If you can find any degree of happiness embrace it at the time it comes into your life. Record sacred moments of happiness with those who are part of your experience or perhaps it is just you going it alone to see what comes next.

Happiness is a frequency - a high we all experience, but it can be superficial, meaning 'just in the moment' vs. deep within one's soul.

I've read many people who, though their lives are seemingly functional, tell me they have never been happy deep down. Some have a feeling they don't belong here, or that something was missing. They want to know why they are here and what is their greater purpose. They await a turning point when that which is their true home and destiny will be shown at which time they expect to find happiness and peace.

When you are truly happy with who you are,
you will not make yourself mentally available for illness or self-sabotage. 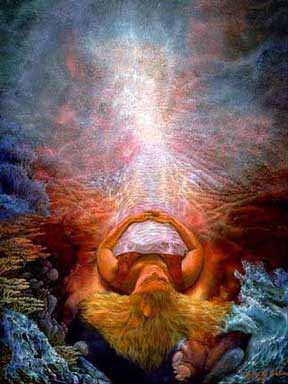 You will live as long and prosper, dying gracefully,
leaving in a ball of golden white light.


'Don't Worry Be Happy': Happiness is Key to Longer Life

Keep humming "Don't Worry Be Happy". The 1980s New Age-inspired hit got it right. New research shows being happy can add several years to life. "Happiness does not heal, but happiness protects against falling ill," says Ruut Veenhoven of Rotterdam's Erasmus University in a study to be published next month.

After reviewing 30 studies carried out worldwide over periods ranging from one to 60 years, the Dutch professor said the effects of happiness on longevity were "comparable to that of smoking or not". That special flair for feeling good, he said, could lengthen life by between 7.5 and 10 years. The finding brings a vital new piece to a puzzle currently being assembled by researchers worldwide on just what makes us happy -- and on the related question of why people blessed with material wealth in developed nations no longer seem satisfied with their lives.

Once the province of poets or philosophers, the notions of happiness and satisfaction have been taken on and dissected, quantified and analysed in the last few years by a growing number of highly serious and respected economists -- some of whom dub the new field "hedonics", or the study of what makes life pleasant, or otherwise.

"The idea that there is a state called happiness, and that we can dependably figure out what it feels like and how to measure it, is extremely subversive," says Bill McKibben in his 2007 book "Deep Economy: The Wealth of Communities and the Durable Future". "It allows economists to start thinking about life in richer terms, to stop asking 'What did you buy?' and to start asking 'Is your life good?'." Growth in material wealth adds little to happiness once buying power hits 10,000 dollars a year per head, according to such research. But happiness can be bolstered by friendship and human community, as well as larger social factors such as freedom, democracy, effective government institutions and rule of law.

In Veenhoven's findings, published in the Journal of Happiness Studies, a scientific publication founded in 2000, the strongest effect on longevity was found among a group of US nuns followed through their adult life -- perhaps reflecting the feel-good factor from belonging to a close-knit stress-free community with a sense of purpose. While the lyrics from the Grammy-award 1989 "Be Happy" hit were inspired by popular Indian guru Meher Baba, nowadays, in more than 100 countries, from Bhutan in the Himalayas to the US and Australia, economists are working to put "happiness" indicators (a new kind of quality-of-life index) into the measurement of growth.

Happiness itself, according to the specialists, is generally accepted as "the overall appreciation of one's life as a whole", in other words a state of mind best defined by the person questioned. In his paper, Veenhoven first looked at statistics to see whether good cheer impacted on the sick, but concluded that while happiness had helped some cancer patients suffering from a relapse, in general "happiness does not appear to prolong the deathbed."

Among healthy populations, on the contrary, happiness appeared to protect against falling ill, thus prolonging life. Happy people were more inclined to watch their weight, were more perceptive of symptoms of illness, tended to be more moderate with smoking and drinking and generally lived healthier lives. They were also more active, more open to the world, more self-confident, made better choices and built more social networks. "For the time being we know that happiness fosters physical health, but not precisely how," he wrote. "Chronic unhappiness activates the fight-flight response, which is known to involve harmful effects in the long run such as higher blood pressure and a lower immune response."

To improve good cheer, he said, there needed to be more research on the impact of residential conditions or on the long-term effects of school on happiness. And studies on job-satisfaction failed to address the question of life-satisfaction at work. But these findings, he said, opened new vistas for public health. Governments needed to educate people in the art of "living well", helping to develop the ability to enjoy life, to make the best choices, to keep developing and to see a meaning in life. "If we feel unhealthy we go to a medical general practitioner," he said. "If we feel unhappy there is no such generalist. We have to guess. Professional guidance for a happier life is unavailable as yet. This is a remarkable market failure, given the large number of people who feel they could be happier."