In the energies of the Jewish New Year and Ramada, George, Pat and I got together for dinner and wherever the energies took us. These are powerful energies, combined with those of 9/11 to create a new picture of reality. George is an astrologer who did our charts after which I read everyone as we all felt the energies building. Oddly there was this strong smell of bananas which made no sense to us as it lingered on. I did not have bananas in my home, and as scents go, this was a first for all of us, yet we knew there was a method to the madness.

Guided to relax on the couch, in the energies Verrazano Bridge, we first found ourselves in a lab - a Nazi lab we surmised but what we encountered. There is always the shift in consciousness back to the Nazi Program insert and its correlation to current events. Yet this was old, and we had been here before, noises, fragrances and all.

That quickly revisited, it seemed to open a portal ... and at that moment the energies shifted. The clock in room made noises, allowing us to know, we had shifted our consciousness to a place behind linear time. ... spiraling through a stargate, if you will, until we stopped, returning to the place the program originated (the first insert).

There was sense of familiarity for us, this is where we belong and who we are, having come into this program to shut it down. We were shown where it went wrong ... thus creating endless loops as those who are creators tried to figure out how to fix it. A decision is made ... some programs are beyond repair. There could be no doubt, this program will be terminated, the process began, rebirth.

Again the smell of bananas permeated the room. My mind went to this archived file ... 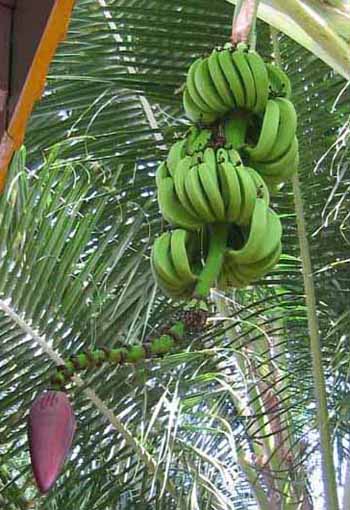 and related, which brings us to Egyptian
connections and links to "Sarah and Alexander". It is about rebirth. 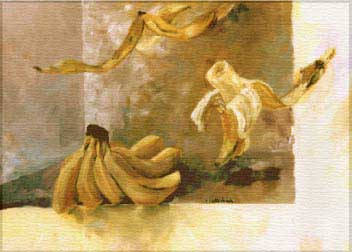 takes us as far back as the Nazi Program timeline which goes to the Beginning ... Egypt 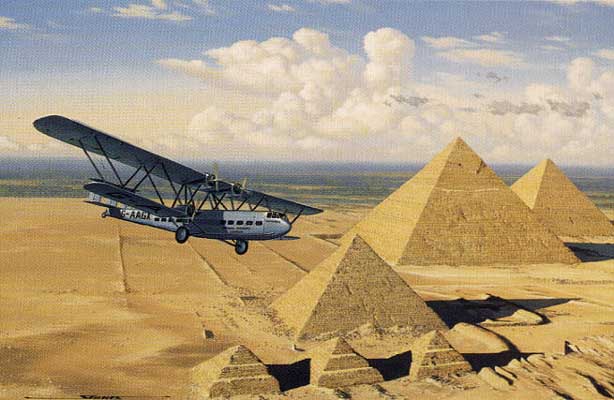 Predecessor of the Piasecki "flying-banana" 1926 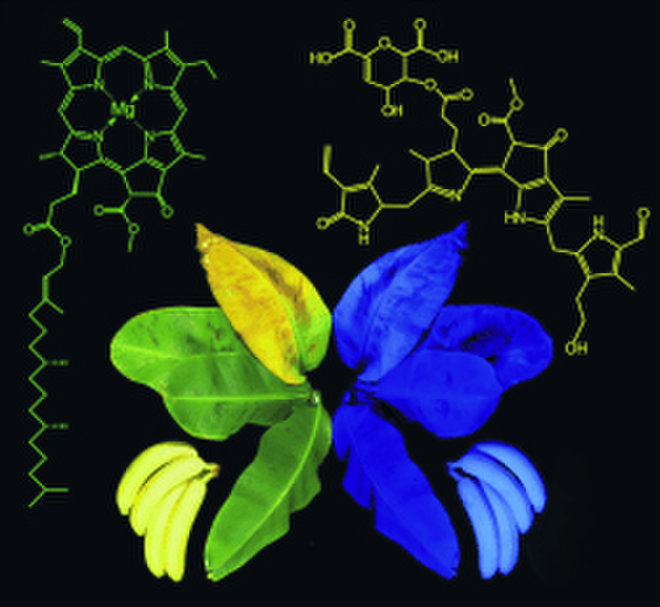 When a banana ripens, it turns yellow - unless you look at it under a black light, in which case, it appears bright blue, a new study has found. The banana's blue glow was discovered by scientists at the University of Innsbruck in Austria and Columbia University in New York, the first team to look for this phenomenon in bananas. The researchers think the coloring is related to the degradation of chlorophyll that occurs as the banana ripens and could aid animals who eat bananas and can see in the ultraviolet range of the spectrum

Chlorophyll is the green pigment present in plants that allows them to obtain energy from light during photosynthesis. As the banana ripens, the chlorophyll begins to break down - a process called catabolism - and the resulting products are concentrated in the banana peel. Under ultraviolet light, more commonly known as black light, these breakdown products fluoresce, or glow, blue.

The usual appearance of bananas is mainly the result of carotenoids. Under normal light, these natural pigments appear yellow. Under UV light, known to partygoers as black light, ripening bananas appear blue instead. There is no difference between naturally ripened bananas and those ripened with the use of ethylene gas. Green, unripe bananas do not fluoresce. The intensity of the luminescence correlates with the breakdown of the green pigment chlorophyll. As the ripening continues to progress, the blue glow decreases.

By means of various spectroscopic techniques, the team analyzed the structure of the main breakdown products. In doing this, they identified a propionate ester group, a modification never seen before in a chlorophyll breakdown product. This group has a stabilizing effect and could explain the unusually long duration of the fluorescing intermediates in bananas. Fluorescing chlorophyll catabolytes have otherwise only been found as short-lived intermediate products in higher plants.

Why does the breakdown of chlorophyll occur differently in bananas than in other higher plants, including even banana leaves? In contrast to humans, many of the animals that eat bananas can see light in the UV range. The blue luminescence of the banana fruit could give them a distinct signal that the fruit is ripe. Or perhaps the chlorophyll degradation products also serve a biological function for the banana. The amazingly stable catabolytes could help to prolong the viability of the ripening fruit.