Flying has been part of our reality since man first saw birds soar across the sky -
creating myths about Gods who flew down to Earth to create humans.

The historical record depicts flying objects on tablets, stone monuments, petroglyphs, and other art forms dating back millennia. There is are tales of ancient flying vehicles called Vimanas in India and Egypt. Flying seems to hold many of the answers to the ancient mysteries that have always intrigued humanity. 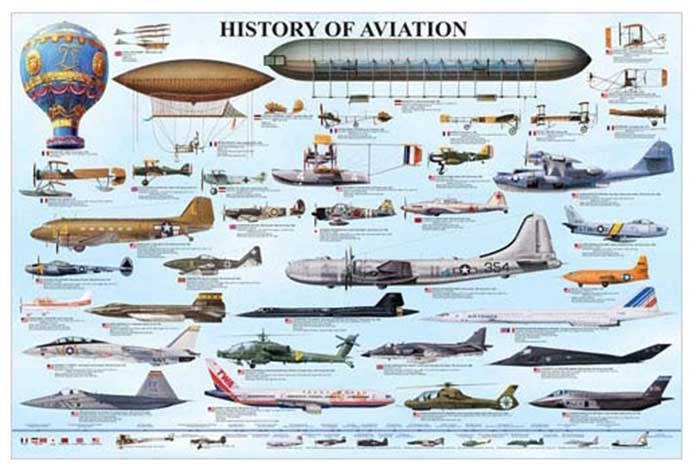 The history of aviation has extended over more than two thousand years, from the earliest forms of aviation, kites and attempts at tower jumping, to supersonic, and hypersonic flight by powered, heavier-than-air jets. Kite flying in China dates back to several hundred years BC and slowly spread around the world. It is thought to be the earliest example of man-made flight.


Leonardo da Vinci's 15th-century dream of flight found expression in several rational but unscientific designs, though he did not attempt to construct any of them. The discovery of hydrogen gas in the 18th century led to the invention of the hydrogen balloon, at almost exactly the same time that the Montgolfier brothers rediscovered the hot-air balloon and began manned flights. 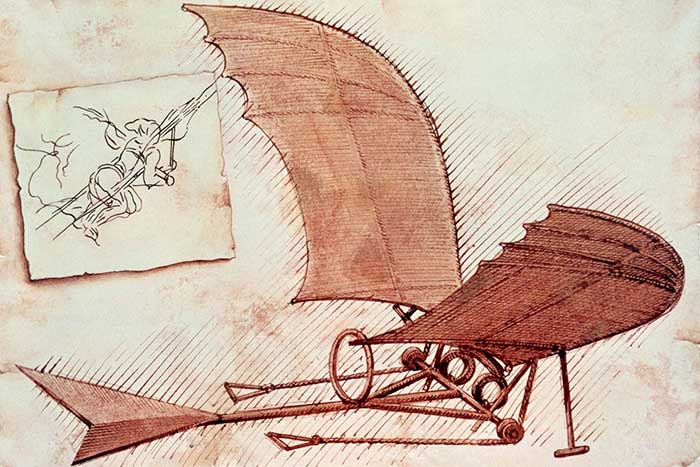 Various theories in mechanics by physicists during the same period of time, notably fluid dynamics and Newton's laws of motion, led to the foundation of modern aerodynamics, most notably by Sir George Cayley. 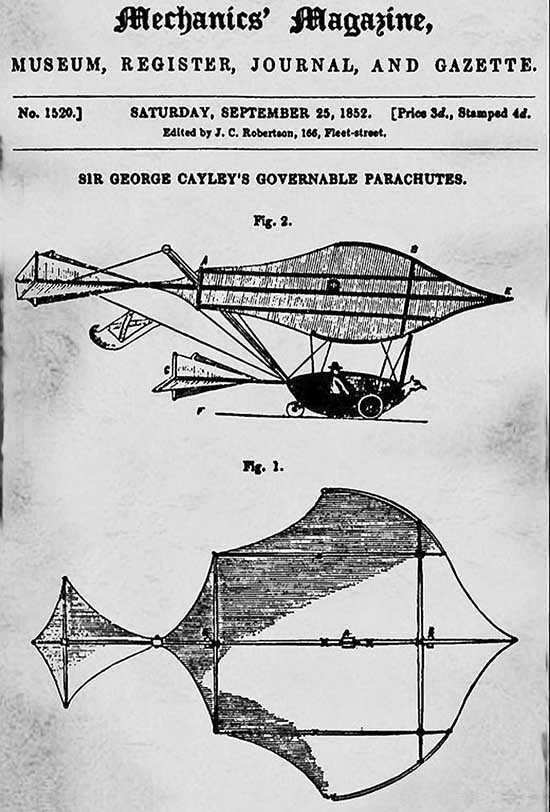 Balloons, both free-flying and tethered, began to be used for military purposes from the end of the 18th century, with the French government establishing Balloon Companies during the Revolution. 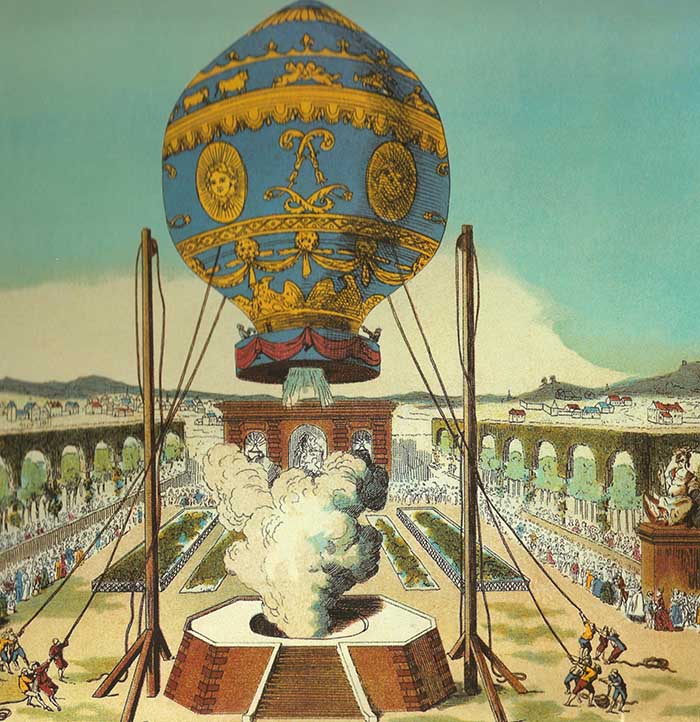 Experiments with gliders provided the groundwork for heavier-than-air craft, and by the early 20th-century advances in engine technology and aerodynamics made controlled, powered flight possible for the first time. The modern aeroplane with its characteristic tail was established by 1909 and from then on the history of the aeroplane became tied to the development of more and more powerful engines. 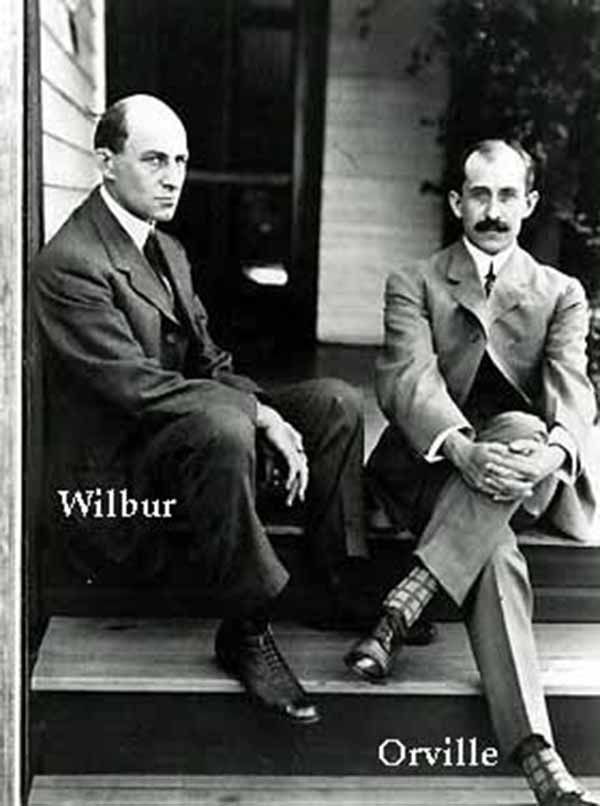 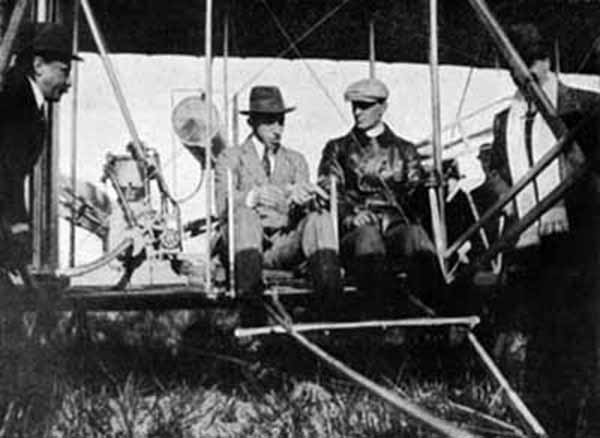 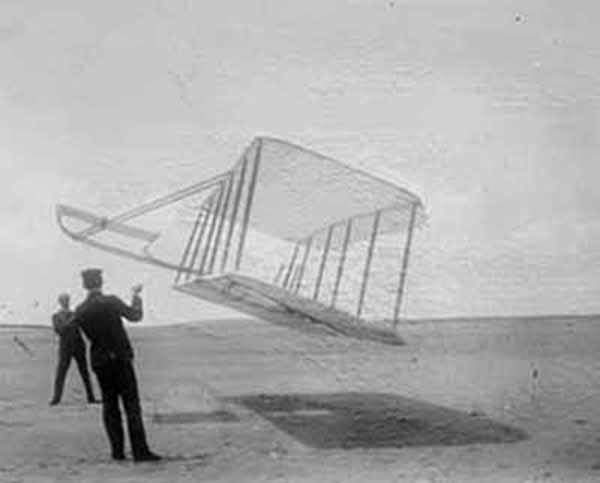 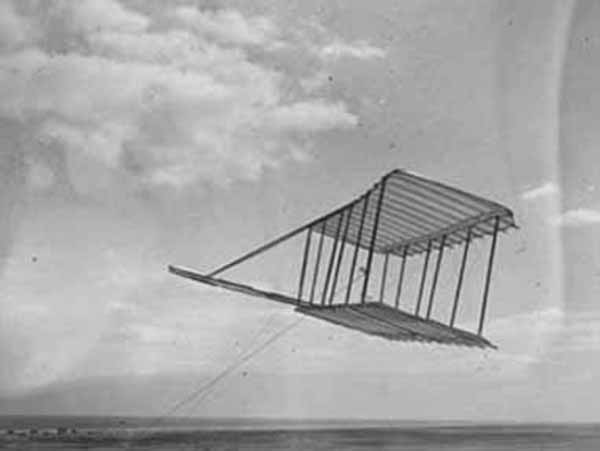 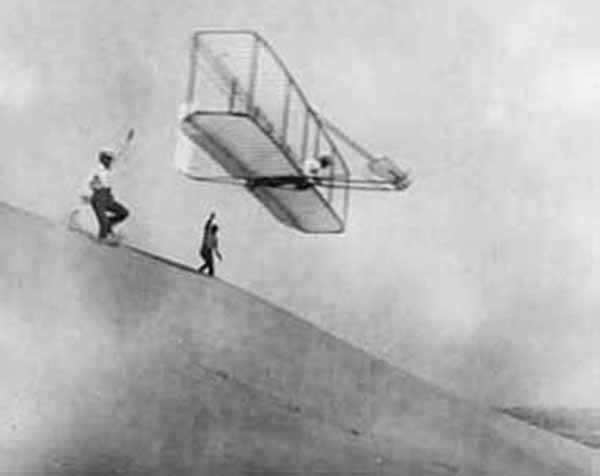 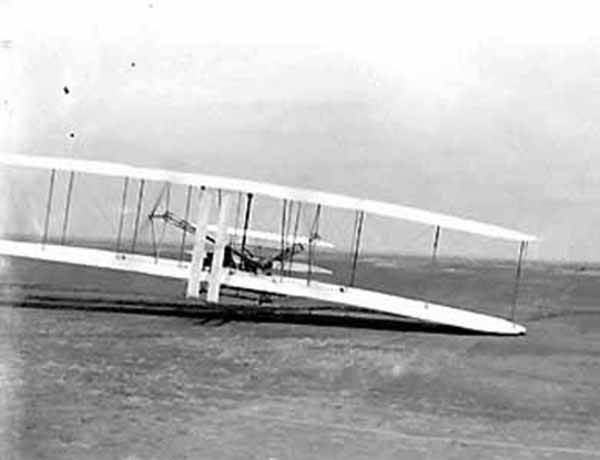 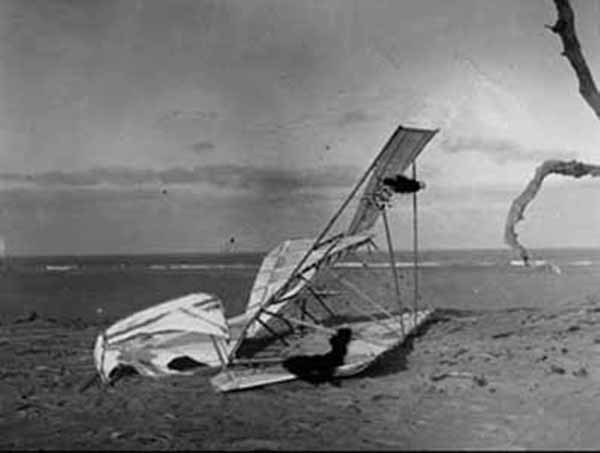 The first great ships of the air were the rigid dirigible balloons pioneered by Zeppelin, which soon became synonymous with airships and dominated long-distance flight until the 1930s, when large flying boats became popular. After World War II, the flying boats were in their turn replaced by land planes, and the new and immensely powerful jet engine revolutionized both air travel and military aviation. 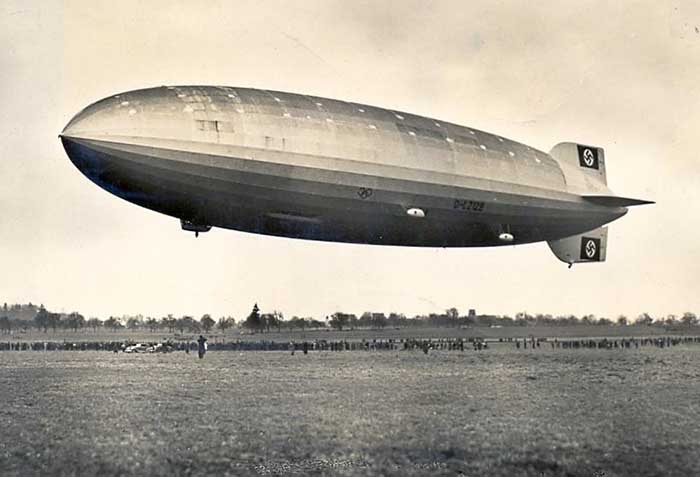 In the latter part of the 20th century the advent of digital electronics produced great advances in flight instrumentation and "fly-by-wire" systems. The 21st century saw the large-scale use of pilotless drones for military, civilian and leisure use. Read more 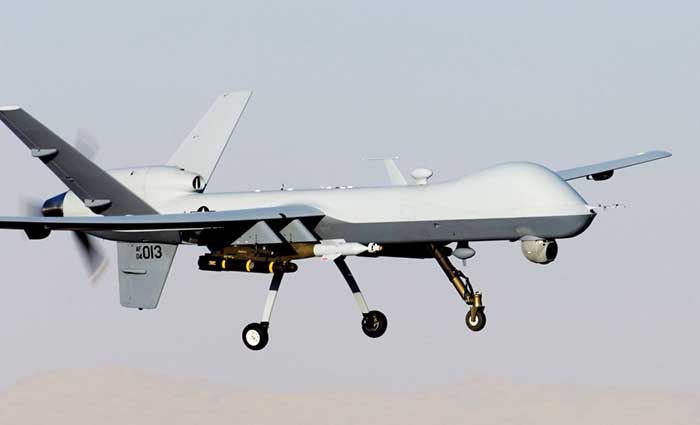 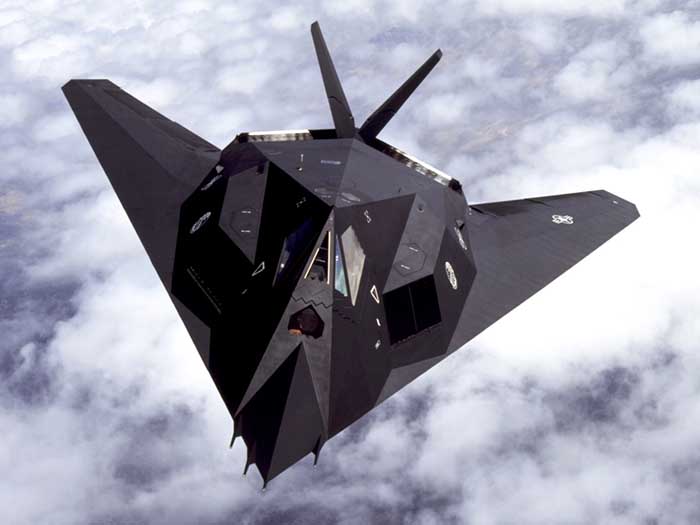 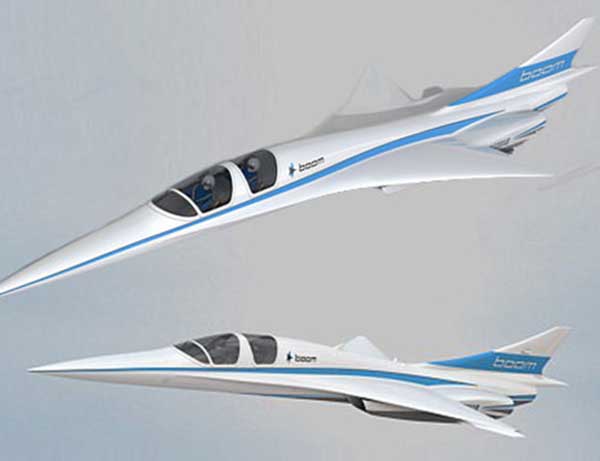 A sub-scale prototype of a futuristic supersonic passenger airliner has been revealed for the first time, ahead of its official unveiling. Created by aerospace company Boom and backed by Virgin tycoon Richard Branson, the 'Baby Boom' jet could usher in a new era of affordable supersonic travel. Claimed to be the 'world's fastest civil aircraft ever made', the XB-1 Supersonic Demonstrator is due to take off on its first test flight in late 2017 and could take passengers from London to New York in 3.5 hours, its maker claims. 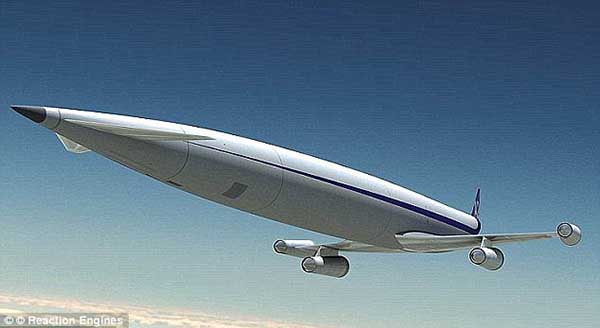 Aviation giants now say hypersonic flight is an 'inevitable' step that will revolutionize travel, and the US is calling for more commitment and funding to help them lead the way. At the Forum on American Aeronautics late last month, officials from top aeronautics agencies including NASA, the Air Force, and Lockheed Martin, said we are now on the brink of a new era in air transportation. According to the experts, however, bringing this technology to practical use over land will require significant reductions in the sonic booms caused by the craft, and numerous firms are now working to tackle this challenge. It's said that hypersonic flight, which achieves at least five times the speed of sound, could go anywhere in the world in just four hours.


Hypersonic Flight Is Coming: Will the US Lead the Way?   Live Science - November 7, 2016
The world is at the start of a renaissance in supersonic and hypersonic flight that will transform aviation, but the effort will need steady commitment and funding if the United States wants to lead the way, congressional leaders and industry officials said at a forum late last month. 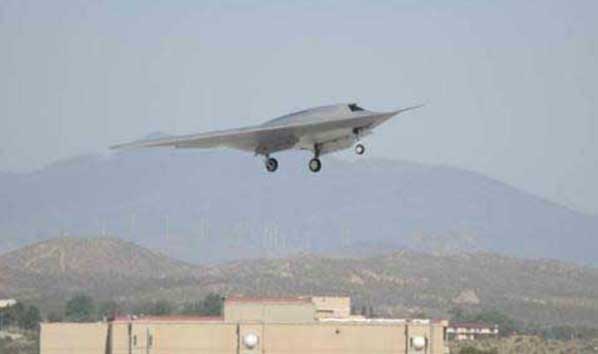 Looking like something straight from a 1950Ős science fiction magazine, the stealthy Phantom Ray unmanned airborne system (UAS) successfully completed its first flight on April 27, 2011 at NASAŐs Dryden Flight Research Center at Edwards Air Force Base in California. The 17-minute flight took place following a series of high-speed taxi tests in March that validated ground guidance, navigation and control and verified mission planning, pilot interface and operational procedures. The Phantom Ray is a demonstrator aircraft, about the size of a fighter jet, developed to test operations such as air surveillance, ground attack and autonomous aerial refueling missions. During the test flight, the Phantom Ray flew to 2,290 meters (7,500 feet) and reached a speed of 178 knots. 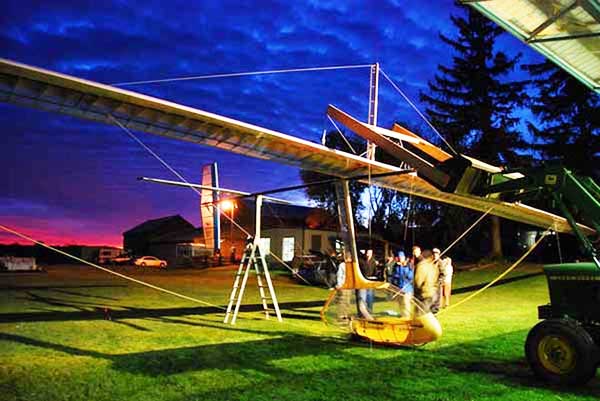 Humanity spent centuries trying to fly like birds with flapping wings before finally developing the technologies needed to soar with balloons and then taking to the air with gas-powered, fixed-wing aircraft. Now, as if flying full circle, a human-powered aircraft that flies using flapping wings has been invented. The Snowbird is the first human-powered ornithopter - an aircraft that flies by flapping its wings - to fly continuously. 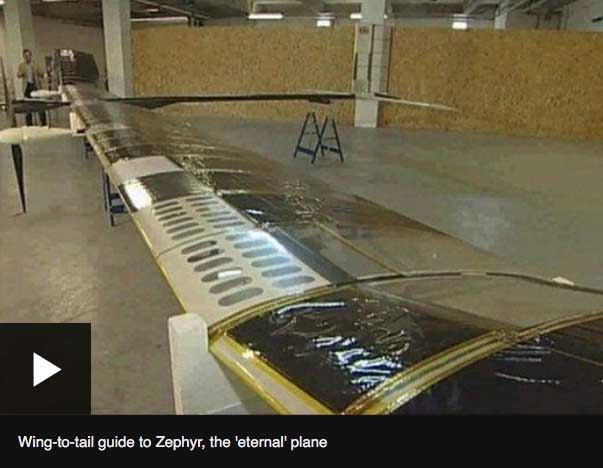 The UK-built Zephyr unmanned aerial vehicle (UAV) has confirmed its place in aviation history as the first "eternal plane". The solar-powered craft completed two weeks of non-stop flight above a US Army range in Arizona before being commanded to make a landing. The Qinetiq company which developed Zephyr said the UAV had nothing to prove by staying in the air any longer. 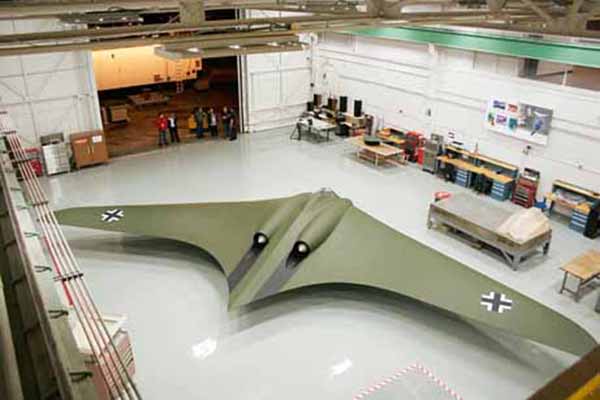 Top stealth-plane experts have re-created a radical, nearly forgotten Nazi aircraft: the Horten 2-29, a retro-futuristic fighter that arrived too late in World War II to make it into mass production. The engineers' goal was to determine whether the so-called stealth fighter was truly radar resistant. In the process, they've uncovered new clues to just how close Nazi engineers were to unleashing a jet that some say could have changed the course of the war. 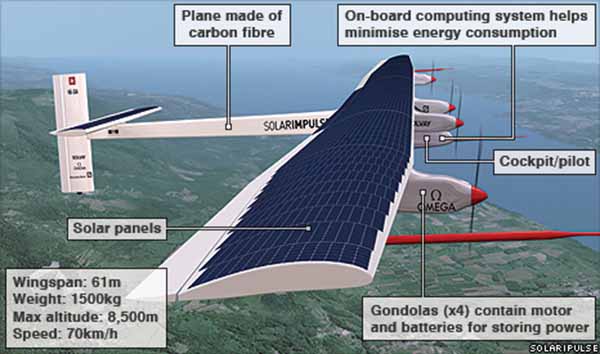 Swiss adventurer Bertrand Piccard has unveiled a prototype of the solar-powered plane he hopes eventually to fly around the world. The vehicle, spanning 61m but weighing just 1,500kg, will undergo trials to prove it can fly through the night. Dr Piccard, who made history in 1999 by circling the globe non-stop in a balloon, says he wants to demonstrate the potential of renewable energies. The final version of the plane will try first to cross the Atlantic in 2012. It will be a risky endeavor. Only now is solar and battery technology becoming mature enough to sustain flight through the night - and then only in unmanned planes. But Dr Piccard's Solar Impulse team has invested tremendous energy - and no little money - in trying to find what it believes is a breakthrough design. 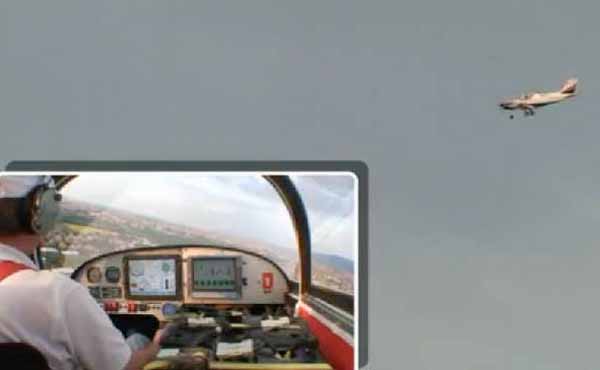 The mainstream media flat missed this one, but we think it's a rather cool breakthrough. Earlier this month, Italian astronaut Maurizio Cheli electrified the green flying world (okay, it's a small but dedicated group) with his record-setting flight of a fully electric airplane. The electric SkySpark flew for the first time June 8, then on June 10 was airborne for 8 minutes and hit a top speed of 155 mph (250 km/h). That speed is said to be a record speed for a 100-percent electrically powered aircraft, according to SkySpark. 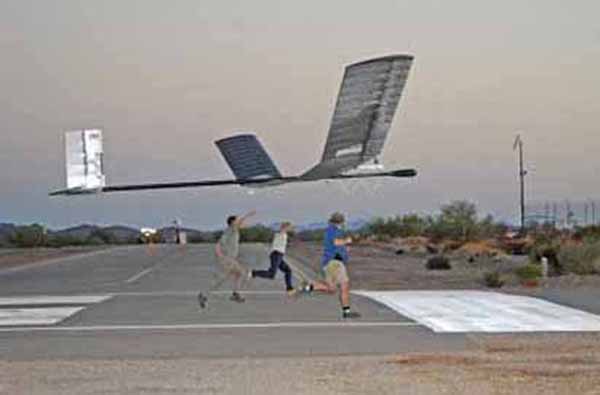 The Zephyr solar plane has sailed to what may be a record for sun-powered unmanned flight. The 66-pound craft was aloft for 83 hours and 7 minutes. The plane makes use of ultra-lightweight carbon-fiber to save on weight. It flies on solar power generated by paper-thin silicon solar arrays on its wings. The Zephyr solar-powered plane is able to fly autonomously, using GPS to keep on track. Launched by hand, Zephyr charges its batteries during the day for night flying. Initially, the plane was flown remotely to an altitude of 60,000 feet; the plane was able to fly by itself for the remaining time. The flight is unlikely to be an official record, however, because the company did not meet criteria laid down by the world's air sports federation.

When it comes to flexibility and efficiency in the air, birds, bats and insects easily outperform airplanes. Researchers hope studying animals more closely may reveal some of the secrets behind flight. 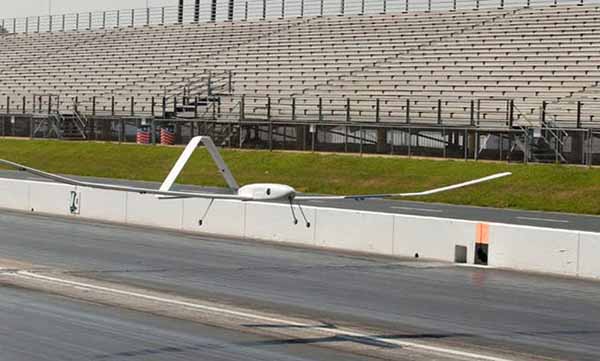 One of the largest unmanned aircraft to rely solely on compressed hydrogen fuel has flown successfully during tests. The plane, with a 22-foot-wingspan, is powered by a fuel-cell system that generates 500-watts equal to five bright light bulbs.


First hydrogen plane tested in US   BBC - July 3, 2005
A US company says it has successfully completed test flights of a potentially environment-friendly aircraft powered by liquid hydrogen. bLiquid hydrogen stored on board and oxygen extracted from the air are combined in fuel cells. The electricity generated drives the propellers. California-based AeroVironment says a full tank of hydrogen would keep the unmanned plane in the air for 24 hours. Planes using fuel cells might help curb greenhouse gas emissions from aviation. The aircraft, called Global Observer, looks more like a glider than a conventionally powered plane, with its wingspan of over 15m, small fuselage slung underneath and extended, "dragon-fly" tail. Along the front edge of the wing is a line of eight propellers. What is innovative is their power source. 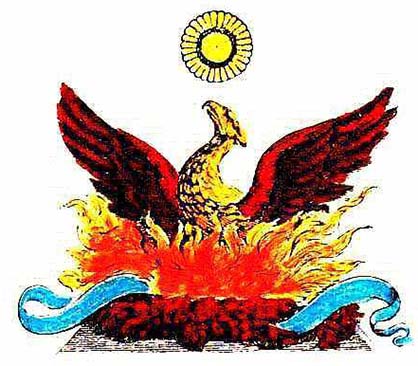