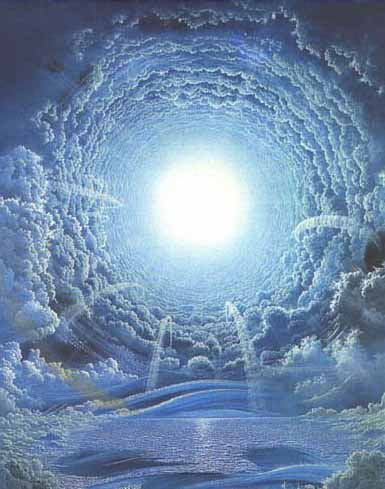 Anthroposophy, also called spiritual science by its founder, Rudolf Steiner, is a philosophy (or, as some opponents claim, a religion) that sprung from the Theosophy movement.

The word Theosophy is derived from the Greek words meaning man-wisdom. Theosophy is a body of belief which holds that all religions are attempts by man to ascertain "the Divine", and as such each religion has a portion of the truth. Theosophy, as a coherent belief system, developed from the writings of Helena Petrovna Blavatsky.

Together with Henry Steel Olcott, William Quan Judge, and others she founded the Theosophical Society in 1875. A more formal definition from the Concise Oxford Dictionary describes theosophy as "any of various philosophies professing to achieve a knowledge of God by spiritual ecstasy, direct intuition, or special individual relations, esp. a modern movement following Hindu and Buddhist teachings and seeking universal brotherhood."

Adherents of theosophy maintain that it is a "body of truth" that forms the basis of all religions. Theosophy, they claim, represents a modern face of Sanatana Dharma, "the Eternal Truth", as the proper religion of man. Christian Theosophy is a term used to designate the knowledge of God and of Jesus obtained by the direct intuition of the Divine essence. The five prominent symbols visible in the Seal of the Theosophical Society are the Star of David, the Ankh, the Swastika, the Ouroboros, and above the seal is the Aum. Around the seal are written the words: There is no religion higher than truth.Read More 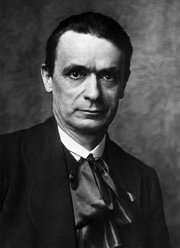 Rudolf Steiner (February 25, 1861, Donji Kraljevec, Hungary [today Croatia ] - March 30, 1925) was an Austrian philosopher, literary scholar, architect, playwright, educator, and social thinker, who is best known as the founder of Anthroposophy and its practical applications, including Waldorf School, Biodynamic agriculture, the Camphill Movement, and the Christian Community.

Steiner characterized history as essentially shaped by changes formed through a progressive development of human consciousness. The activity of individualised human thinking was seen as a relatively recent advance which led to the dramatic developments of the Renaissance and the Industrial Revolution.

He characterized his system of Anthroposophy as follows:

Anthroposophy is not to be confounded with Anthropology, the scientific study of mankind. It differs from Theosophy in emphasizing the importance of Western esoteric (rather than Hindu or Buddhist) thought, and within which Christ and His mission on earth have a particularly important place, though viewed differently than from the mainstream Christianity.

It advocates that people are not mere observers separated sharply from the outer world. According to Steiner, reality only arises at the juncture between the spiritual and the physical, i.e. "where concept and percept meet". This bears a resemblance to Rene Descartes's assertion that imagination was what unified mind and body into a full being.

The anthroposophist's aim is to become "more human" by becoming more conscious and deliberate about one's thoughts and deeds. One may reach higher levels of consciousness through meditation, observation and openness over a lifelong "quest".

Physical body, SoulSpirit and the Spirit

This view is thoroughly outlined in Steiner's books Theosophy, and An Outline of Occult Science. Gnosticism, has a similar three-fold view and was influential within Theosophy.

Anthroposophists also hold a fourfold view, which Steiner expands on very frequently: These are part of the Subtle Bodies 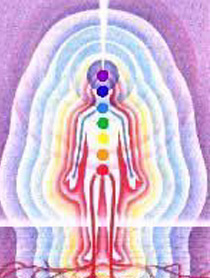 For Gnostics, Christ is often primarily a mystical experience, whereas for Steiner Christ's incarnation was a historical reality as well as a pivotal and unique point in human history.

The Epistemic basis for Anthroposophy is contained in the seminal work, The Philosophy of Freedom, as well as in his doctoral thesis, Truth and Science. These and several other early books by Steiner anticipated 20th century continental philosophy's gradual overcoming of Cartesian idealism and of Kantian subjectivism. Like Edmund Husserl and Ortega y Gasset, Steiner was profoundly influenced by the works of Franz Brentano and had read Wilhelm Dilthey in depth. Through Steiner's early epistemological and philosophical works, he became one of the first European philosophers to overcome the subject-object split that Descartes, classical physics, and various complex historical forces had impressed upon the human mind for several centuries.


Practical results of Anthroposophy include work in:

Astrosophy as opposed to Astrology

Goethean Science resulting in new developments in the Arts

Medical doctors in the Anthroposophy movement use, amongst others, homeopathy as a part of their medical practices. In addition, Steiner gave several series of lectures to physicians, and out of this grew a medical movement that now includes hundreds of European M.D.s as adherents, and that has its own hospitals and medical universities.

Anthroposophy is not uncontroversial, however. Critics have termed it a cult with similarities to New Age movements. Supporters claim that in that case, it is one that strongly emphasizes individual freedom. Still, some critics maintain that anthroposophists tend to elevate Steiner's personal opinions, many of which are at odds with views generally held in orthodox religions, current science and the humanities, to the level of absolute truths. Supporters claim that if there is a degree of truth to this criticism, most of the blame belongs not to Steiner, but to his students. They point out that Steiner frequently asked his students to test everything he said, and on many occasions even begged them not to take anything he said on faith or authority.

Another line of criticism asserts that some anthroposophists seem to distance their public activities from the possible inference that Anthroposophy is based on esoteric religious elements, tending to present themselves to the public as a non-sectarian academic philosophy.

A difficulty in evaluating this criticism is that it arguably contains hidden bias because it ignores or begs a question anthroposophy sought to raise and answer: Is it possible for one's thinking to be both scientific and spiritually cognitive at once? Anthroposophy claims that it is possible.

The aforementioned criticism, on the other hand, assumes that it is not, and therefore finds a contradiction between a claim of non-sectarianism and a foundation in non-physical or spiritual experience. The critics consider spiritual experience to be "religious" rather than cognitive. Such critics then read any reticence on the part of anthroposophists about their spiritual experiences and ideas as an effort to "hide" a spiritual basis for their various public activities, such as Waldorf schools. Anthroposophy