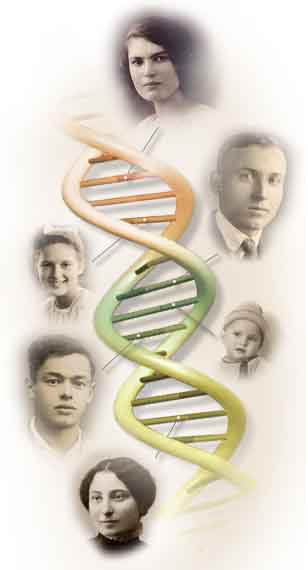 Is there something inside you that feels a strong need to heal and help others? Is this feeling increasing as time goes by to the point you want to do it on a large scale. Are you part of the programmed metaphysicians who feel they are here to help reality ascend, evolve, save the planet or whatever? Do you feel passionate about it?

Genetics is everything ... it is the map or code of everything you do from the day you are born, until your soul tires as its programmed experiences run out and you leave. We all behave according our programmed genetic codes ... which is why you should think twice about having a child with someone who has too many issues and or emotional challenges. It's all in their genes (jeans).

The need to heal and help others generally shows itself at an early age especially if one is a wounded souls from childhood on. One heals themselves by healing others. It makes you feel good, feel needed, and accepted - something we all want to feel.

Altruism is selfless concern for the welfare of others. It is a traditional virtue in many cultures, and a core aspect of various religious traditions, though the concept of 'others' toward whom concern should be directed can vary among religions. Altruism is the opposite of selfishness, but should not be taken too far, or the person becomes a victim.


German researchers find an 'altruism gene'   PhysOrg - November 8, 2010
Do you like to do good things for other people? If so, your genes might be responsible for this. At least, the results of a study conducted by researchers of the University of Bonn suggest this. According to the study, a minute change in a particular gene is associated with a significantly higher willingness to donate. People with this change gave twice as much money on average to a charitable cause as did other study subjects.

The researchers working with the psychologist Professor Dr. Martin Reuter invited their students to take a "retention test": The roughly 100 participants were to memorize series of numbers and then repeat them as correctly as possible. They received the sum of five Euros for doing this. Afterwards, they could either take their hard-earned money home or donate any portion of it to a charitable cause. This decision was made freely and in apparent anonymity. "However, we always knew how much money was in the cash box beforehand and could therefore calculate the amount donated", explains Reuter.

The scientists had asked their study subjects to undergo a cheek swab beforehand. They were able to extract DNA for genetic analyses from the cells thus sampled. In these analyses, they focused on one gene, the so-called COMT gene. It contains the building instructions for an enzyme which inactivates certain messengers in the brain. The most well-known of these messengers is dopamine.

It has been known for nearly 15 years that there are two different variants of the COMT gene: COMT-Val and COMT-Met. Both versions, which occur in the population with approximately equal frequency, differ in only a single building block. In the case of people with the COMT-Val variant, the associated enzyme works up to four times more effectively. Thus considerably more dopamine is inactivated in the brain of a person with this variant.

This mini-mutation also has effects on behavior: "Students with the COMT-Val gene donated twice as much money on average as did fellow students with the COMT-Met variant", explains Reuter. This is the first time that researchers have been able to establish a connection between a particular gene and altruistic deeds. However, it was already known from studies on twins that altruistic behavior is also partly influenced by our genes.

There is a good reason why the Bonn scientists focused their analysis on the COMT gene: For several years, it has been known that dopamine is involved in controlling social behavior in animals and humans. Thus the messenger, together with substances such as the neuropeptide vasopressin, influences sexuality and bonding. In addition, dopamine is linked with positive emotionality. Even the characteristic of being motivated by stimuli is controlled by this important neurotransmitter.