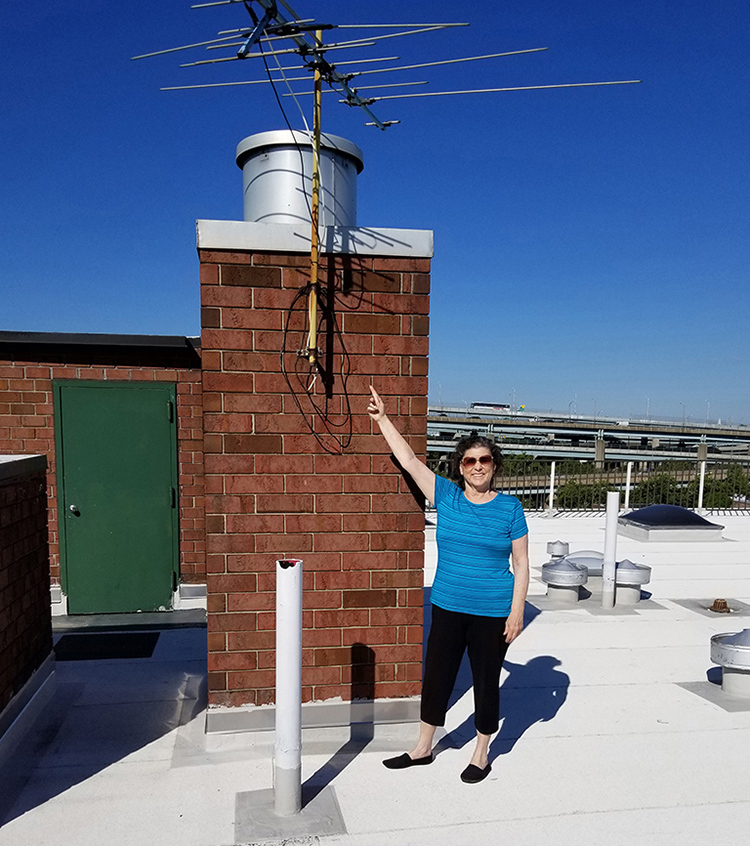 Monday, after a long busy day, I took a shower around 8:30. Though I have a great air-conditioning system and my apartment is always cold, outside the temperatures had climbed into the 90s with that sticky humid feeling that you know is going to result in thunderstorms and lightning in the late afternoon or evening.

So there I was washing the shampoo out of my hair when a bolt of lightning lit up above my skylight in the bathroom accompanied by such a loud BOOM I jumped. I quickly connect with Z who said I was safe and so I didn't give it another thought until this morning when I decided to go downstairs to do my wash. When I got to the elevators I discovered both were down. The super said they were waiting for a repair person but didn't give details. Since I live on the sixth floor and the temperature was in the 90s again today ... I decided to wait.

Is this a "sign" as we often look at symbolism in the events in our lives? 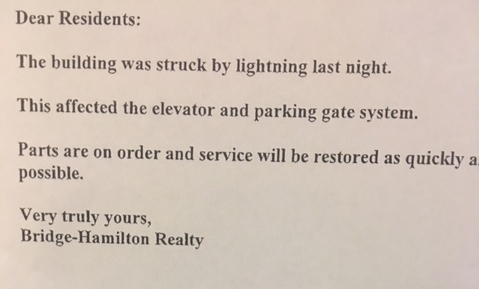 5:00 ... My next door neighbor Artie came home walking up six flights of steps in the heat. He told me about the sign in the lobby and took a pic for me to post here. Off we went to the roof, where we found an old antenna and the white lightning rod in front of me and just above the two elevators. The bolt of lightning hit with such force the the elevator motor was fried. Later, other tenants on the sixth floor said they felt the building shake. My super, Sal, and his wife, who live on the fourth floor, were sitting in the living using their iPads which turned off. His was okay but here's needed repairs. 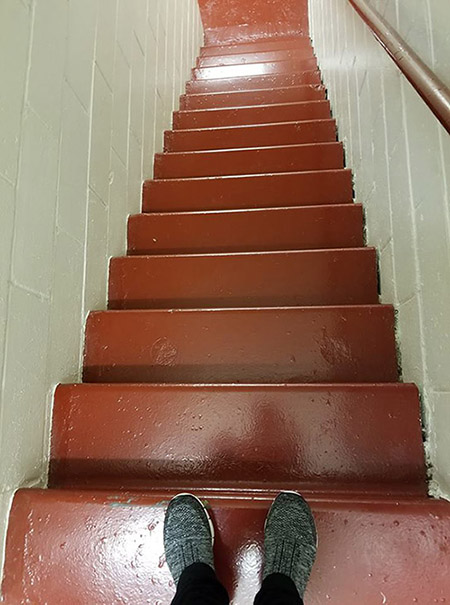 Wednesday The elevator was finally fixed at 6:00 PM. I had already ventured up and down the six flights of stairs twice, carry things and pacing myself with no problems. I guess my health still remains strong though my only exercise I do is my daily activities.

This pic of me starting down the stairs reminds of M. C. Escher (minus the Sketchers sneakers). His work features mathematical objects and operations including impossible objects, explorations of infinity, reflection, symmetry, perspective, truncated and stellated polyhedra, hyperbolic geometry, and tessellations. Google Images

Z in History and Mythology

When Z gets involved with the 3-D events in my life I like to follow the symbolism. In history and mythology Z played many famous roles including Zoroaster symbolized here on Nowruz, Zeus symbolized with lightning bolts and the time traveling Sumerian gods known as the Anunnaki seen here in an elevator like device - Z's image replete with symbology including a wrist "watch" time traveling device. [Note ... always we find the curly hair representing the spirals of consciousness].

Next we have Ellie with water flowing over her when the lightning bolt struck. This could represent the flow of the collective unconscious, a.k.a. the grids of creation. As we exist in an illusion or dream, Z is telling me I'm about to be jolted back into the true nature of who I am. 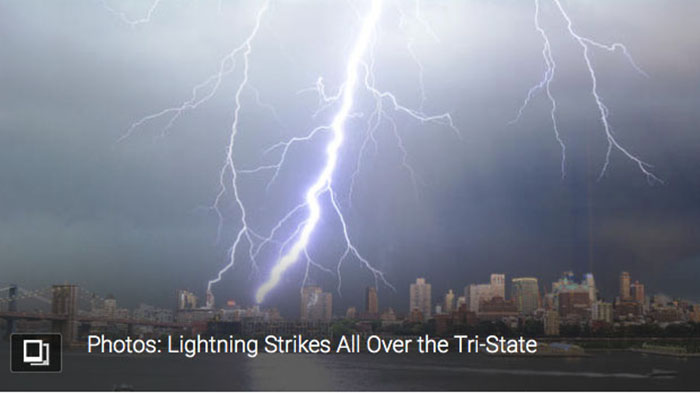 Lightning and the Grids August 2018